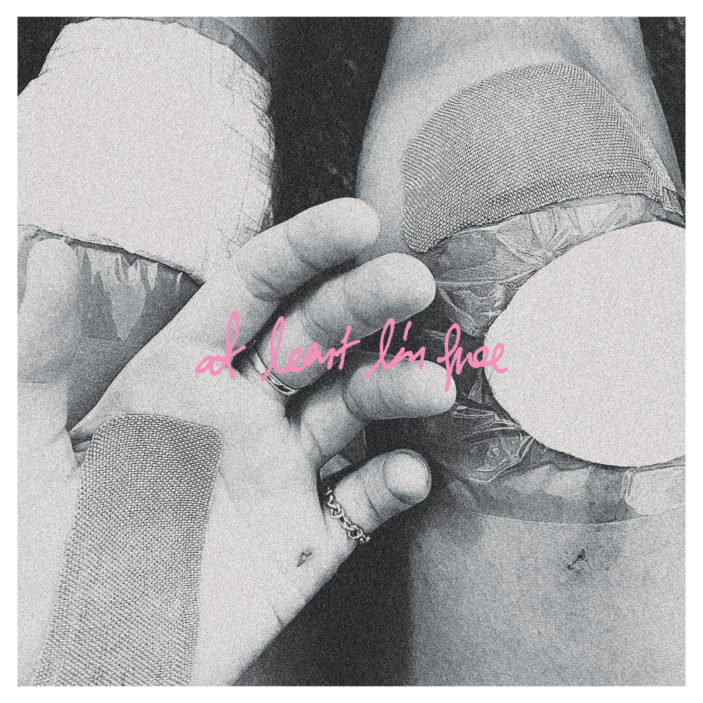 Produced by Bernard Fanning (Powderfinger) and Grammy Award-winner Nick DiDia (Bruce Springsteen), the 11-track project is a leap forward from their 2019 debut Big Grief. Featuring the singles “Read Receipts”, “Most Hated Girl” and “Dangerous”, At Least I’m Free is a showcase of rebellious punk energy with a moving vulnerability that only WAAX can deliver. It’s equal parts angsty and mature, with references to bitter breakups and finding a diary from when she was 16, to bring them into the future without forgetting their roots.

From piano ballad “Dangerous” to the chaotic “Help Me Hell”, the album meanders through a variety of sounds and emotions as we go from feeling targeted to celebrated. Themes of apathy, anger and isolation fuel this journey of upbeat grooves and raucous hooks for an honestly indignant record. While songs like “Read Receipts” and “Same Bitch” are painfully relatable, frontwoman Maz DeVita invites you to join her as she walks us through their tumultuous past three years.

If the mellow moments and refined melodies weren’t enough to prove their development, WAAX also collaborated with American singer and rapper K.Flay on the defiant “No Doz”. With the powerhouse production team from their debut album and a comprehensive merch range, the next phase of the band’s promising career is shaping up to be one for the books. Following on from a sold-out national tour, WAAX have levelled up in all ways with At Least I’m Free and they’re only getting started.