There’s been a high level of anticipation about the album drop for the collaboration of drum and bass royalty Sub Focus And Wilkinson and they haven’t failed to deliver with Portals; a journeying 11-track that has moves downtempo and orchestral, but sticks with their D&B signature style.

After the pair released single “Take It Up” in 2018 they started working together on an album, drip-feeding three more singles, “Illuminate”, “Just Hold On” and “Air I Breathe”, in the meantime to whet the appetite of their adoring fans. To prove the point of anticipation, those three singles racked up 32 million collective global streams before Portals release.

For the uninitiated, Sub Focus is Nicolas Douwma, and Wilkinson is Mark Wilkinson. The pair are two well-known English DJs and producers who’ve been around for years. Douwma has been making records since 2003 and is firmly established in the D&B genre, while Wilkinson is more fledgling but equally well-received, so their union has excited fans.

With Portals they’ve taken a deliberate tact in their musical direction, which is more expansive yet downtempo. The pair wanted Portals to be more accessible for home listening than just clubs. In our current coronavirus-restricted world, that’s proved prophetic, albeit not by design given they started work on the album long before COVID-19 hit. 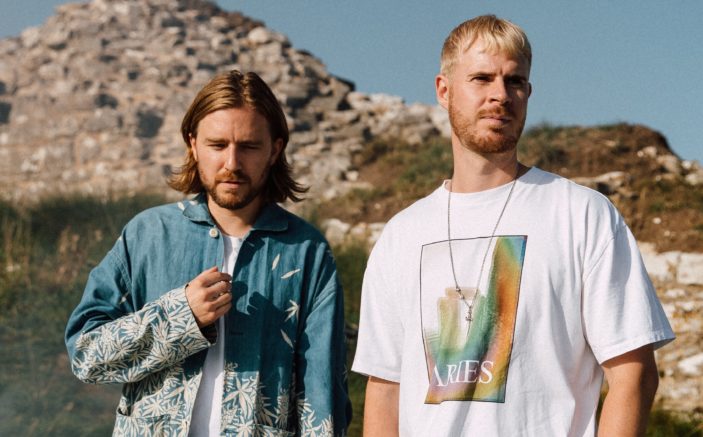 With that in mind, single “Just Hold On” initially received some criticism from fans upon its April release for not being true D&B (which seemed a tad harsh), but the album as a whole makes sense of that. Portals is still signature D&B but there’s a newfound depth and organicism.

The duo began work on the album at Peter Gabriel’s Real World Studios, which they’ve said was an environment which helped spawn this organicism as they experimented with instruments and external artists, including a neighbouring cellist, who appears on “Just Hold On” and “Time”.

Album opener “Air I Breathe” sets the tempo, starting off slow with piano and Clem’s beautiful vocals, before it evolves into an old school D&B anthem.

“Enter Night” features an inviting marxophone hook while ‘”Illuminate” shows off their organic switch with layers of guitars, whilst remaining a club banger.

Empara Mi sparkles with vocals reminiscent of Hannah Reid, of London Grammar fame, on “Freedom”. The vocals from Clem, Mi, Cameron Hayes, Pawws and iiola add a level of emotion to this album which sets it apart from their other releases. That point is never more highlighted than on the wonderful track “Just Hold On”.

Fourth single “Turn The Lights Off” is a heavy club party-starter, while the latter tracks are lighter, if that’s possible, whilst staying true to their signature D&B, finishing off with the high energy ‘In Bloom’.

As a whole, Portals delivers an excellent journey which may help Sub Focus & Wilkinson branch out without losing their loyal fanbase. As the album cover hints at, there are levels of escapism to Portals which takes the listener for a ride expertly achieved with a pure organic production feel.

Portals was released on Friday 9 October