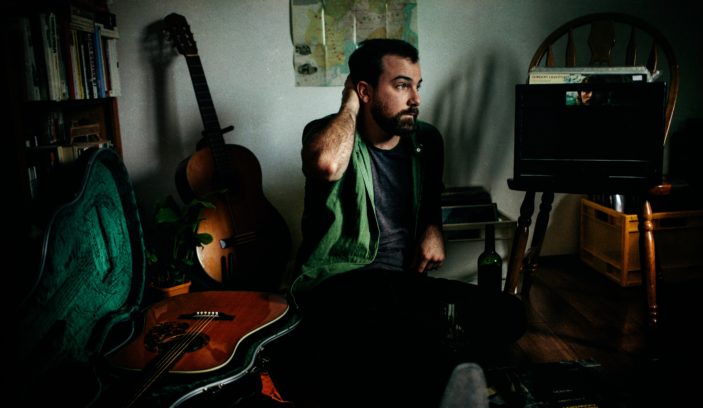 Redcliffe-raised, Melbourne-based songsmith Stephen Grady has been around the indie-folk scene for about five years now, but in 2020 he’s letting it all out. There’s a great quote in his bio which sums it up best: “The best stuff may still be round the corner but I can’t get there if I keep holding back.” With that in mind, only months after releasing his third EP Streets Of Gold in July, Grady is back with another album, Wonder.

And there’s more to come, with Grady set to release three more albums over the coming twelve months having written sixty songs since stepping away from The Ahern Brothers, his project alongside Josh Rennie-Hynes, which formed after he’d released two solo EPs in 2015 and 2016.

Grady has a soul-searching depth and a desire for perfection in his craft, which arguably has held him back up until his aforementioned epiphany. Wonder is very mellow, moving away from the polished War On Drugs-esque production of Streets Of Gold and instead borrowing the rawness of nylon string guitar and vocals of Jose Gonzalez or Nick Drake.

On Wonder, Grady explores a range of topics from homelessness to natural beauty, and getting to know your neighbours. But more than anything there’s a personal and reflective element which he seems to inadvertently return to. And don’t worry, that’s not a bad thing.

Grady recorded Wonder in one February weekend earlier this year at Brunswick’s Union Street Studios with producer Roger Bergodaz and subsequently there’s a great connection throughout the album.

“Spring”, the album opener and first single, is about the change of seasons in Grady’s adopted home, which he wrote while walking home from Essendon station. It’s an uplifting and infectious start to the EP. “Hiding In The Dark” and “Lay It Down” blend lyrically into a two-part story of tackling relationship issues, with the strumming on the former offering shades of The Police’s “Every Breath You Take”.

Grady has, for the first time, included a cover on an album, offering up a version of The Cure’s “Boys Don’t Cry” that is raw, and emphasises a focus on the lyrics, albeit borrowed.

The deeper register creates a dark mood à la Jose Gonzalez on “Voices”, which includes a beautiful intro and may be the album’s high point. It’s variety ensuring it stands out among a sea of enjoyable, but ultimately mellow tracks.

“I Escape” is a reflective song where Grady bellows about being “stuck on life’s endless highway”. Meanwhile, “I Miss You Most On Sundays” has a positive message to finish although it doesn’t quite get out of third gear.

There’s some gems on Wonder. But, it does tend to meander along, such is the nature of indie-folk music. Some may argue there’s a balance to be struck on Grady’s quantity vs quality output, but if it leads to “the best stuff” he promises, then we say keep churning them out Stephen.

Stephen Grady’s Wonder is out now. You can keep up to date with Stephen Grady via Facebook.