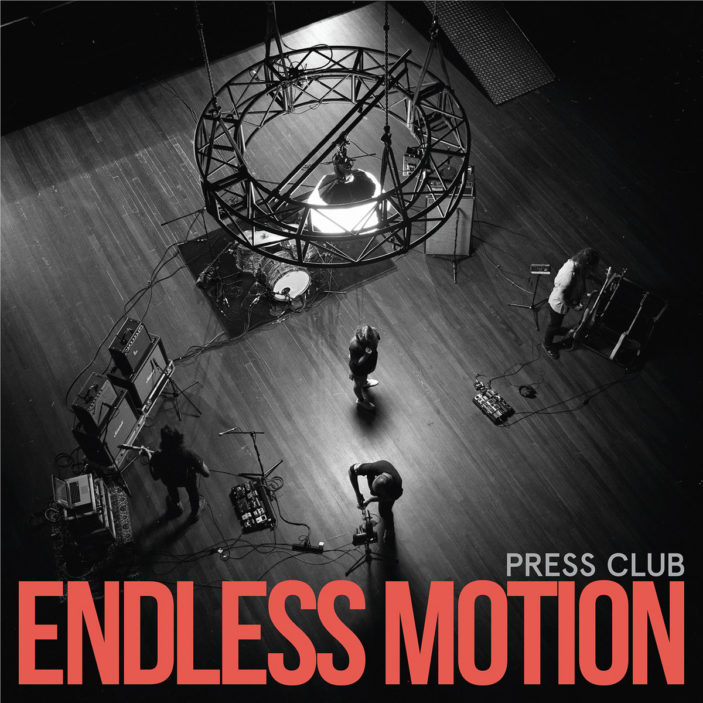 Melbourne punk quartet Press Club have never been afraid to say what they mean and their third album Endless Motion – released 14 October – is no different, but with a twist.

The self-produced 10-track project is aptly named for its theme of momentum as the energetic songs chronicle the experience of life going too fast or being left behind by it. Largely commenting on the past three years in a turbulent lifestyle and unreliable industry, Endless Motion is Press Club’s most expansive and important record yet.

Lively opener “Eugene” grips with upbeat rhythms and interesting dynamics as frontwoman Natalie Foster’s grainy vocals hook you in from the get-go. Guitarist Greg Rietwyk’s minor melody in “Coward Street” makes for an eerie verse against thudding drums and bass before a rocking chorus. “Untitled Wildlife” features some of the album’s most provocative lyrics as Foster vents her frustration at our natural destruction, with powerful lines like ‘This sunburnt country’s getting burnt to the ground’.

The singalong chorus of “Glasgow” is undoubtedly the catchiest hook on the record and one written for the dancefloor. Endless Motion’s title track propels the energy, with bassist Iain MacRae and drummer Frank Lees holding it down effortlessly as the distortion eases for the bridge before a chaotic finale. Lead single “Cancelled” boasts punk attitude with melodic moments in an angsty outcry against growing old. The following “Lifelines” carries on the notion of rebellious independence with an ironic desire for connection.

One of the album’s more mature and restrained cuts is “Afraid of Everything”, showcasing sweeter vocals and vulnerable lyrics over deft basslines and reverberant guitar. After a synth outro, “I Can Change” begins as a resolution to the former by looking inward and pleading commitment. Modest closer “Less These Days” is a reflection of the circumstances that led to the here and now in the most poetic lyrics on the record. Foster’s soaring vocals make for an electrifying send off before the final chorus brings the album to a warranted sudden finish.

Press Club are currently on a 24-date album tour, starting in Australia before heading out across the UK and Europe. You can get tickets to the remaining shows HERE. Follow the band on Facebook and Instagram for more.