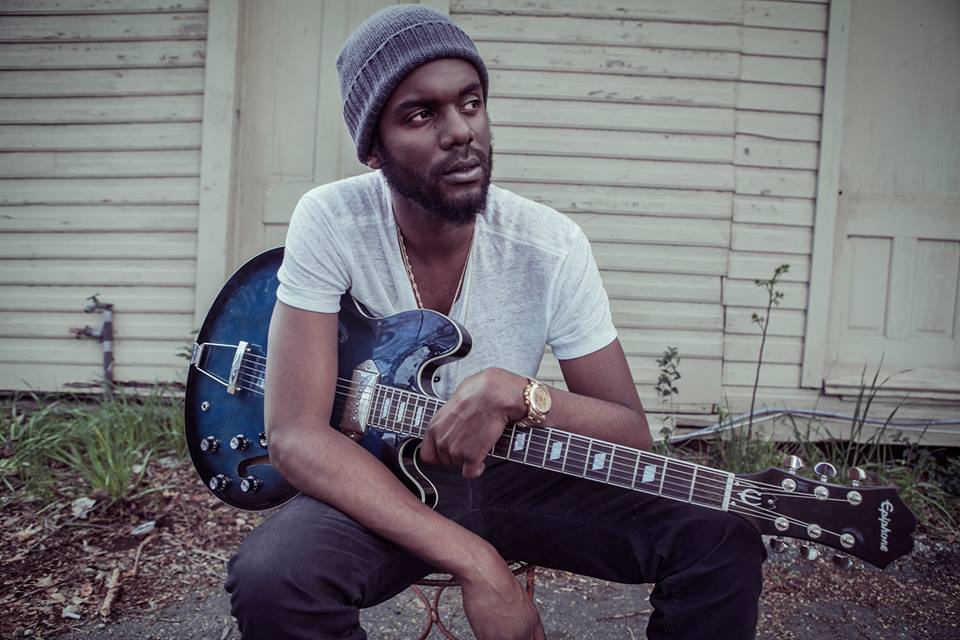 The bluesman appears to have become a rare and shy character in the age of synthesizers and auto tune. Still some loyal guitar heroes keep on carrying the torch for the moody genre. Among them is Texas born and raised guitarist and singer Gary Clark Jr. Even though he clearly has a passion for the raw aching blues tunes he manages to adapt his playing with contemporary elements and presents us with a skilled mix of genres on his third studio album This Land.

In 2019 Clark admitted to focusing more on the song-writing aspect than on previous albums. His affinity for poetry stems from greats like Edgar Allan Poe or Langston Hughes show on the This Land; his lyrics are not only poetic but also bearing important messages. The title-track “This Land” is his twist on the Woody Guthrie classic “Your Land” and a fierce rap-rock anthem tackling racism in “the middle of Trump country”. It is the angry echoing reply to a neighbor’s racist attitude telling the singer to “go back to his country”.

After listening to the first few tracks of the LP it is clear that Clark is no blues purist and aches to escape from any genre defining boundaries. And he manages to do so quite well fusing a great palette of genres from reggae to Hip Hop and funk on the record. Still even in the upbeat reggae tune of “Feels Like a Million” some electric guitar licks give the track a blues-rock feel. With a band behind him the singer is aiming for a bigger sound and turned the track into a catchy ready to party jam. The following song is yet representing a whole other side of the singer; “Gotta Get Into Something” sounds like a Rolling-Stones-esque 60s rock n roll anthem that is sure to move not only your feet, but probably also your parents’.

A highlight of the record is the bluesy soul track “Feed The Babies”. The funky saxophone tunes and Clark’s falsetto vocals draw analogies to soul legends like Curtis Mayfield. “Pearl Cadillac” bursts from a slow ballad to an epic RnB rock fusion with Clarks electrifying guitar solo. Where other songs are lacking the classic southern folky country-blues vibe, “When I’m Gone” and “The Governor” deliver exactly those. The lyrics of the steely acoustic tracks speak of the classic theme of aching for a loved one from the far and rebelling against an unjust justice system.

Gary Clark Jr. proves that he has more on his mind than tunes from the last century, and delivers a highly divers collection of music. His tendency to experiment certainly paid off, but also serves for the lack of a silver lining throughout the record. It appears to be more of a collection of eclectic singles and made less for listening to it as one but for individual listens. The singer himself commented on negative receptions on his step away from the traditional blues, that This Land represents the full slate of his musical creativity “and if the blues police don’t like that, I’m cool with that”. And even if the blues purists don’t agree with the compilation of songs on This Land, “Dirty Dishes Blues” will certainly satisfy their tastes for raw foot-stomping blues.

This Land is available now on Warner Bros.
Gary Clark Jr. is touring Australia in April, performing at Bluesfest and headline shows around the country as below. Purchase tickets here.