Album of the Week: The Beths take the plunge on Jump Rope Gazers (2020 LP) 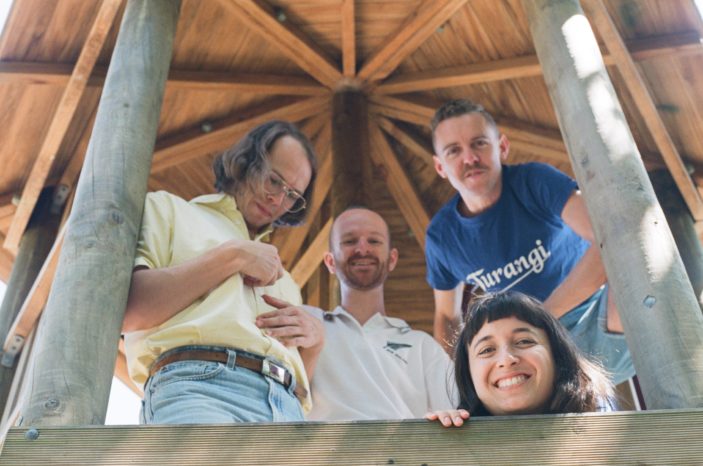 When The Beths released their debut album Future Me Hates Me in 2018, I thought they were one of the more refreshing and interesting bands of the past couple years. With harmonies aplenty, soaring guitars and ever-so-wordy and clever lyrics, the New Zealand four piece were seemingly bound to become everyone’s second favourite band (I say this in the most positive and genuinely complimentary way possible). Returning this year with Jump Rope Gazers, the band have maintained that same level of honesty, wit and cleverness in their lyrics, while falling just short of their debut best musically.

Opening up the album is “I’m Not Getting Excited”, a track with a churning guitar lead throughout its entirety that goes hand-in-hand with the spot on vocals of frontwoman Liz Stokes. A track about being scared about not living up to the hype, “I’m Not Getting Excited” is the song for anyone who always has that feeling that something is going to go wrong at any given time.

The instantly recognisable guitars you’ve come to expect from the band return on “Dying to Believe”; a jaunty three and half minutes that could very easily have been cut from the same cloth of their entire first album. Featuring a cheeky cameo from NZ comedian Rose Matafeo as a firm but fair train announcer, “Dying to Believe” is an early highlight.

The titular “Jump Rope Gazers” is a melodic, shoe-gaze driven love song from start to finish. Stokes’ vocals are evidently as strong as ever and seemingly never miss a beat. “Acrid”, with its smart and sweet bridge, is a song of wanting and pining for the company of someone specific. Its closing minute is as wholesome and entirely heartwarming as you can possibly hope for on the album.

Meanwhile, the downbeat “Do You Want Me Now” softly leads out of “Acrid”, as the guitars lean into an almost country sound. Third single and possible album stand out “Out of Sight” is subtle in its delivery, as the guitar, drums and bass finally come to play, crushing the closing 90 seconds. Once more, Stokes’ vocals cut through in the closing moments and kicks a real goal.

“Don’t Go Away” is probably the one song most like their earlier releases. Once more, Stokes’ ability to create a relateable story for her listeners makes you love the song and band that little bit more. A surprising switch up over the closing thirty seconds only adds further depth to the band. The song drops into an almost Weezer sound, before just as quickly twisting back into The Beths sound you’ve grown to love.

The punchy “Mars, the God of War” is a takedown of some absolute flop of a person, with Stokes singing “I wish that I could wish you well / can’t you just go to hell” (we’ve all been there before surely). Second to last on the album is the slow, honest and hopeful “You are a Beam of Light”; four minutes of trying to point out the good things in someone that they may not see in themselves (“you are a beam of light, maybe that’s why your battery runs dry”).

Closing out on “Just Shy of Pure”, Jump Rope Gazers is a strong follow up for The Beths. Whilst it may not reach the heights and be as instantaneous as its predecessor, the album is definitely a grower. An album I’d recommend be listened to a couple times before jumping to any conclusions.