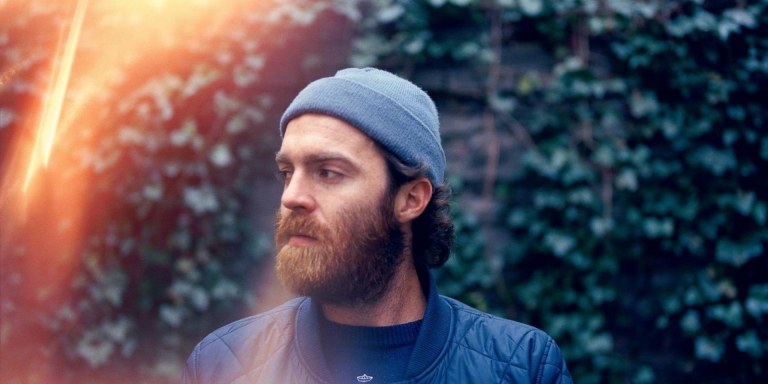 Although Nick Murphy (formerly known as Chet Faker) has been consistent in releasing new singles over the past few years, Friday saw the release of his first album, Run Fast Sleep Naked, since 2014. The Melbournian artist has spent four years travelling around the world, recording content in places where he felt the most creatively inspired. His experiences and personal growth were successfully incorporated into the overall tone of the album. The result? He simultaneously demonstrates his growth as a more refined artist to the world.

Arguably, the success of Murphy’s debut album, Built On Glass, lay within its electronic and often minimalistic approach. The simplicity of songs like “1998” and “To Me” were completely engrossing, yet lacked experimentation and risk-taking, an element that can really pay off in music if carried out successfully. In this way, Run Fast Sleep Naked displays a certain push away from this earlier work. Whilst recording, he used fifteen musicians and a full orchestra to build far more layered textures and complex timbres than anything he has created in the past.

“Hear It Now” is a mammoth opener for the record. The lyrics display an insight into his human fragility and growing older, themes that remain consistent across the entire record. Towards the end of the song, an array of screeching orchestral instruments playing atonal scales sound whilst Murphy whispers “I can hear it now”. The track’s evolution transforms it from an uplifting and emotive ballad into something a little more dark and endearing. It immediately sets the tone for the album: music that is surprising and unexpected, demonstrating his uniqueness as an artist and new lack of fear in taking risks.

This experimentation does not falter throughout. The beginning of “Some People” captures the mindset and character of a country song, without actually being a country song. Opening with his lower vocal register, there is something increasingly blasé and rational about his voice. The majority of the song remains at a walking pace, a common and recognisable component of his older work. Just as it seems the track is about to finish, Murphy slowly inhales and exhales, as if smoking a cigarette. An intense and sporadic electronic phrase immediately follows this moment, before a soundscape dwindles the song to its end. Moments like this are completely unpredictable and make for a listening experience so much more interesting in the shape of an album.

What is most striking about the record is perhaps Nick Murphy’s expression of human relationships and behaviours, certainly inspired by his time travelling and process of self-examination. “Harry Takes Drugs On The Weekend” begins with the repetition of the words “green light, red light” – capturing a recognisable and monotonous part of every day human experience. The remainder of the song unfolds in telling the story of two peoples lives colliding and their relationship with one another, as well as with drugs. Run Fast Sleep Naked continually forms ideas that are not only personal, but in some way relatable to everyone.

Unafraid of unleashing his vulnerability, he also emphasises his sensitivity and flexibility as an artist. “Believe Me” is stripped back instrumentally compared with the rest of the album, most of it being piano accompanying his syrupy vocals. Murphy pleads the listener to believe him in saying that “we are buying nothing to feel like something”, a powerful nod to the materialistic world we often find ourselves caught up in. It is a fantastic complement to the final song, “Message You At Midnight”, in which the record is brought to a close with romantic intentions. The song builds and climaxes on the final chorus when Murphy growls, “I can’t help the way I feel around you”, alongside frantic strings. There is desperation in his voice. It is raw and delicate whilst simultaneously demonstrating power and intensity, a reminder of what it is to be human.

It would be surprising for a fan of Nick Murphy’s to disagree that Run Fast Sleep Naked was absolutely worth the half a decade wait. His musicality oozes into every polished and unique song, boasting an experimentally intricate sound. The intimate content of his lyrics form moments that can be relatable in some way to everybody. It is potent enough that in recognising themselves in his music, a listener can become empowered by his matter-of-fact teachings – it becomes a somewhat enlightening experience. There is no doubt that an important and memorable year lies ahead for Mr Murphy.

See Nick Murphy live in Australia on the following dates: