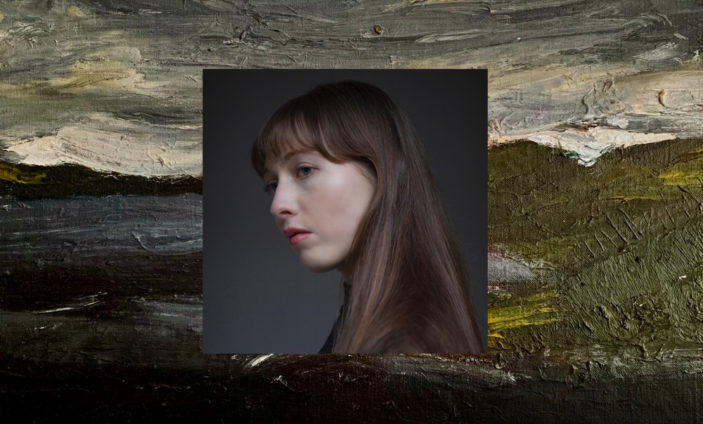 In a time like 2021 where disease and virus feels like its just around every possible corner, even for those of us whom are relatively healthy, you some times forget the risks and struggles many others go through to try live their lives without getting more sick.

Every day on the news you hear about people getting a virus and not recovering, or see a Gofundme page for a family struggling through illness. Throw on top of this the rise in mental illness (and push for awareness), and you’d be hard pressed not to know someone close to you not struggling. For Martha Marlow, this is a tale too close to her.

As she deals with ongoing battles with her health, her debut album Medicine Man takes you through these struggles, while also allowing the listener to peer into the life and stories of Marlow as she puts her best stories, influences and imagination forward into the public sphere.

A few years in the making, Medicine Man is 13 tracks of distinguished indie-folk much in the same vein as Short Movie era Laura Marling, with hints of the jazz made famous by Norah Jones and the story telling of Joni Mitchell. Now, Marlow may not be the most recognisable of acts, but I can guarantee you’ve heard her voice before.

Following in the footsteps of possibly one of the most successful marketing campaigns in Australian history by using Peter Allen’s “I Still Call Australia Home”, Qantas turned to little known Marlow to record a version of the Randy Newman classic “Feels Like Home”. Since 2014, Marlow’s version of the song has been ever present on Australian TVs and in your ears.

A delicate tone with underlying layers of strength and bounce, Marlow’s voice is the absolute focal point for Medicine Man, only borrowing the use of either a small ensemble or larger orchestra when absolutely necessary. Noting that there is definitely an overarching sense of vulnerability throughout all her songs, Marlow is clear in her opinion that you should be true to yourself and not bend to the powers and pressures of others in your life. There’s a bullet proof sentiment in this notion that transfers incredibly well into her music; whether through the lyrics or instrumentation and song structure.

An obvious early highlight comes in the form of “Don’t Want to Grow Up”, a wandering four and half minutes of Marlow being as blunt as possible in letting the antagonist know that she wants to stay true to herself and not be forced into growing up.

Staying with the ‘be true to yourself’ theme, “Don’t Think Too Hard” is a timely reminder that overthinking something can be detrimental to your own health, irrespective of how trivial or serious the thought may indeed be. A solemn, sweet and reflective tone with some underlying sarcasm and dry delivery, “Don’t Think Too Hard” is a mid-album peak.

Diagnosed with a rare auto-immune disease mid way through recording the album, Marlow was forced to come to grips with her new reality while ever so surely progressing the album that would become Medicine Man. Finding refuge and purpose in classic literature during hospital and doctors visits, Marlow used these words and stories to build her own lived experiences and voice which has ebbed its way into the album. The brilliant “One Flew East, One Flew West”, comes with the most sweet swear you’re likely to hear in song form in 2021.

Bordering on a slightly chaotic path in its closing stages, “One Flew East, One Flew West” well and truly cements itself in the middle stages of Medicine Man. And while her illness is part of her story, Marlow is adamant it isn’t her only story. Pointing out the word ‘heal’ wasn’t born from the words ‘to cure’ but from the words ‘to make whole’, Marlow is adamant that the 13 tracks of Medicine Man are a defiant riposte and up-yours to those in society who go out of their way to tear others down.

The titular “Medicine Man” has a surprising bounce of positivity to it despite the obvious seriousness to its content. Exploring her own mortality and what comes after this life (the refrain of ‘where do we go?’ is repeated throughout), “Medicine Man” is a welcome if not slightly confronting addition to the album. Taking things a little western and mysterious on “Rain Man”, the closing third of the album is as strong as its opening 9 tracks, with album closer “Now I Have You” proving to be the perfect end to Medicine Man.

A message of hope and a push towards to a new beginning, while it may not have the overarching themes of the rest of the album, “Now I Have You” is a subtle look to a better, healthier and more complete tomorrow.

Tackling confronting and raw themes, Medicine Man welcomes us into the world and life of an artist doing her best to not be defined by her health. Not seeking our pity, Martha Marlow is on the way to great heights, whether the Medicine Man likes it or not.

Martha will perform in Melbourne on September 4 at Jazzlab and September 25 at Sydney’s City Recital Hall.