Album of the Week: Foals’ Life is Yours is a pop laden masterpiece 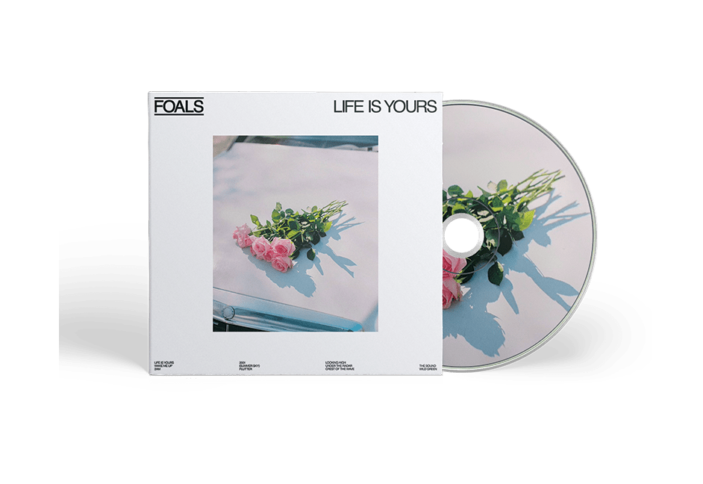 Almost 15 years since the release of their debut album Antidotes, English legends Foals are back with LP 7, the incredibly dance and groove heavy Life Is Yours and I’m here to tell you it’s a pop laden masterpiece.

One of the best bands to ever do it in a studio and on a dance floor, the now three-piece Oxford rockers have entered a new stage of their band and sound, one that is filled with filthy riffs, dirty bass and dance hooks that would leave any 1970s disco band weak at their knees.

Opener and title track “Life is Yours” commences with a hypnotic synth loop before the unmistakable guitar of more recent Foals releases comes into play. The sentiment of the album and song title really kicks into gear through the chorus as front man Yannis Philippakis sings about seizing control of your life. With the next three songs of the album all being released as singles in the lead up to the release of Life is Yours, fans got a taste of what the album was to sound like and what depths the band were about to dive to throughout the 10 tracks. Noting they wanted to make an album that was danceable, filled with joy and with an energy that hadn’t been achieved on their previous albums, Life is Yours is the most instantly accessible of their releases to date and shows the band has followed through with their goal.

“Wake Me Up” is a punchy anthem built to be someone’s alarm in the morning, while “2am” is a funk driven groover that follows much in the same downbeat vibe of “Life is Yours”. For a band that originally built their sound around smart, angular riffs and punishing drums with dark and mysterious undertones, Foals has continually managed to evolve album on album to a point where Life is Yours era Foals is almost unrecognisable from Antidotes/ Total Life Forever era Foals.

The band really began to embrace dance elements on Holy Fire cornerstone “My Number”, a song that if you had to match up with another track on Life is Yours would be “2001”. Filled with the insatiable feeling that the song is ready to transport you back to a 1974 disco hall, “2001” honestly feels like a song that Mark Ronson would have released on his Uptown Special album. Much like “2001”, “Looking High” is a pressing, bass driven 4 minutes that leans into Philippakis’ falsetto, while the dirtier guitar that enters after the first chorus feels like an ode to Arctic Monkeys’ “Do I Wanna Know”.

The opening bass of “Under the Radar is a spitting image of how the band opens a performance of “My Number” in a live set, while the oriental influenced keyboard on the track is a real hit throughout and only reinforces the quality of the bass. At just less than three minutes, it is the shortest on the album, but the succinct nature of the track doesn’t take away from its quality.

The peak of Life is Yours is “The Sound”. The best, most fun song on the album, its opening notes has a Rapture or Datarock feel and influence. “The Sound” is the “In Degrees” and “Wash Off” from ENSWBL I & II. It is a four and half minute, frenetic-disco-infected ripper of a dancefloor banger in waiting. The build through the bridge is the pinnacle of the album, as the manic nature of the song and album come to full fruition. With the best elements of earlier Foals featuring prominently (think the heavy build in “Providence and “Two Step, Twice” mixed with the aggression of “Snake Oil”), “The Sound” is red hot and will be hard pressed to be beaten in a live setting.

Life is Yours is a very good and reliable album from Foals. While it may not be their best (I’d say top 3) and does have a couple of songs that don’t quite reach the heights of the rest of the album, the progression and willingness of the band to release a dance heavy album showcases their self confidence and strength in a studio space. With a plethora of international and domestic tours already booked in, 2022 and 2023 shapes up to be a defining time for the band; you’d be a fool to not jump on the bandwagon.

Life is Yours is out now.