Album of the Week: Emma Louise finds her voice in Lilac Everything (2018 LP)

Cairns-born singer/songwriter Emma Louise is unrecognisable on her third album, Lilac Everything. Fans expecting the delicate soprano heard on “Talk Baby Talk” and “Jungle” will be shocked to hear the digitally-manipulated low pitch she adopts across the entire album.

That voice booms over the soft piano of opener “Wish You Well”. As the song continues, it becomes apparent why she fell in love with this voice and the new sounds she can make. Throughout the song she adds hums and whoa-ohs, but it’s her sustained rise right before a chorus of swelling strings that’s truly transcendent.

Louise takes full advantage of the lower pitch on “Falling Apart”, humming and crooning over bright church organs. The combination of her voice and the warmth first-time producer Tobias Jesso Jr captures in the instruments gives the song a Southern Gospel flavour – a stark and welcome contrast the pop flourishes of her previous releases. It and the giddy “Gentleman” are the only bright spots on the album; the rest favouring maudlin piano balladry. But rather than becoming dull, Louise highlights her new songs with perceptive lyrics full of vivid images and emotional maturity.

A standout lyric is the sunny “Gentleman”, where over a bouncy beat and children’s laughter she describes a perfect gentleman who “owns a row of houses/ with matching beds of flowers”. Despite the domestic bliss Louise describes, she hints things aren’t perfect with a single line: “When he goes I’m gonna miss him”. It gives the story another layer and shows the song isn’t so at odds with the insecurity present throughout the album.

The songs’ narrators often scold themselves. They describe themselves on “When It Comes To You” (a song perfectly suited for Adele) as “pitiful” and “insecure”, and shows surprise their partner “[stuck] around even though I bring you down” over the bright guitar strums of “Just The Way I Am”. The sense of loss and heartbreak turns into the chance for growth on “Mexico”. Louise realises there may be nothing she can do to repair a relationship, so decides “I’m gonna let you go in Mexico”. Rather than mourn the end of the relationship, the music becomes celebratory, filling with choirs and huge synths as she takes this opportunity to transform.

Going into Lilac Everything, I was worried the vocal manipulation would be a barrier to enjoyment. Instead, Emma Louise has wielded it to capture her own growth as an artist, emerging with a mature and fully-formed album. Though I must admit, I hope her lovely natural voice remerges for her next chapter. Though who knows? She may reinvent herself all over again. I know I’ll be listening.

Lilac Everything, the AU review’s album of the week, is available Friday 14th September through Liberation Records. 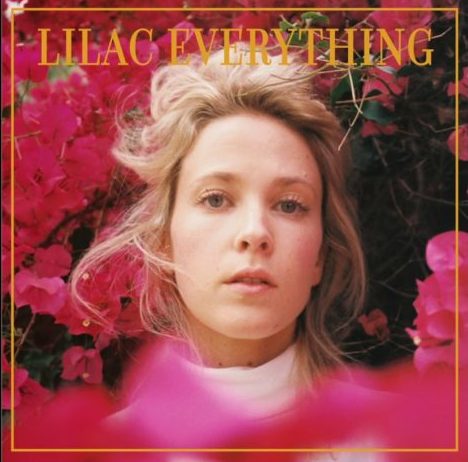