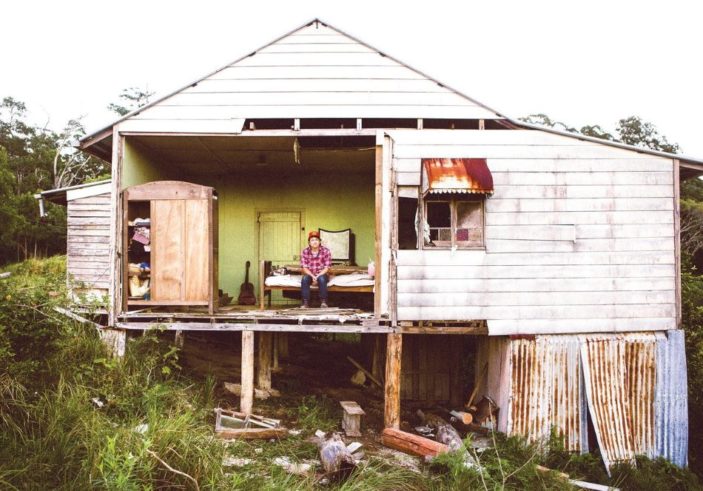 Darren Hanlon is one of this country’s most underrated and best storytellers. That’s a fact. Now more than 20 years in the game, Hanlon is back with Life Tax, a tender and wholesome take on life in 2022 and living simply. Coming almost seven years since his last album, Where Did You Come From?, Hanlon’s stories are as vivid and humourous as they’ve always been and just as touching, reflective and solemn as his best and most well-known works.

In a time where every musician has for the most part had to record and try play shows in the midst of a pandemic, Hanlon took the time of the past two years to return to his roots and fully embrace suburbia. An artist whose songs anyone can find a connection to, the way Hanlon intertwines his own experiences with those of the world is plain and simple to see on Life Tax. One such track is “Lapsed Catholic”. The lead single and second song on the album tells the story of Hanlon’s experiences and relationship with religion. As someone who was raised Catholic, the song hits way too close to home for my liking. A commentary on the number of passive members of the faith whom never actively leave the religion but sort of just float away from it, “Lapsed Catholic” is told with a slew of fast delivered witty takes from the opening to closing seconds, all the while acknowledging how flawed religion and its concepts are in a time where more and more people are turning away from the good book.

While Hanlon has always been known for his lackadaisical and funny takes on his day-to-day life, it’s the softer, more reflective songs that provide most value to Life Tax. “Uncle Viv & Aunty Phyllis” is a love story to rival the best; a tale about his uncle, aunt and their love and life together seven decades deep. At nearly ten minutes in length, “Uncle Viv & Aunty Phyllis” is a calming and homely take on a simple yet fulfilling life’s story. Opening and closing the song with the sentiment of not being able to make his uncle’s funeral in spite of the cost and border closures, it’s a song that will resonate deeply with many of the population who may have experienced similar situations over the past two years.

With a similar sentiment to “Uncle Viv & Aunty Phillis”, “Let’s Grow Old Together” is rich with harmonies, duets, vivid storytelling and some brilliant yodelling in its closing moments. A little more upbeat than its predecessor, it feels like it could be straight out of the Johnny Cash playbook (something my girlfriend pointed out as we did the washing up recently with the album stream in the background. She made sure I credited her with this). Next up is “Call On Me”, a song about dependability and connection to your significant other. It’s simple in its delivery, but with Hanlon at his most earnest and transparent, “Call On Me” provides an old-bluesy vibe to an overwhelming neat album.

Now, I like to think I’m a serious critic (mostly) and see the deeper meaning in songs, but for every serious song I like, I’m just as likely to gravitate to something light-hearted. This is the exact situation I’ve found with “The Spin”, a serious and endearing lullaby, versus “Freight Train from Kyogle”, a wandering and treacherous ten-minute epic about Hanlon and his mate Patrick’s journey from Kyogle to Sydney aboard a freight train. It’s these two songs that best showcase Hanlon’s depth and talents as a songwriter. Probably my two favourite songs on Life Tax, the imagery both stories portray are wide and glorious while taking the listener into the inner workings and experiences of Hanlon. The song cousin and kindred spirit to his previous effort “The Chattanooga Shoot Shoot”, “Freight Train from Kyogle” is everything great about Hanlon and his two decades plus career.

Album closer “Away” is a sweet 5 minutes that brings the album full circle and reminds you just how bloody great Hanlon really is. Having followed Darren Hanlon intently for near enough to 15 years now, it’s reaffirming and satisfying knowing that he’s managed to have his trademark brilliance come through once more with Life Tax. Sure to be a hit when he ventures out on the road sometime this year, make sure you get around Life Tax and Darren Hanlon, we need more storytellers like him.

Life Tax is out Friday 4 March.