Level five of the RCC is effectively the old Adelaide Uni Bar. There are still the same issues if you walk up the wrong stairs. You go straight past security ending up at the back of the venue only to get told to walk back down and go up the other stairs. Despite advertising opening at 9pm and first band at 9:15, staff were still setting the venue up too.

Once doors did open, the next surprise was the $2 “deposit” for the plastic beer cup, of which you could get $1 back at the end of the night in the downstairs bar. One positive though about the stage set up is that it is larger. And, with the barrier removed the bands are better able to interact with the audience. 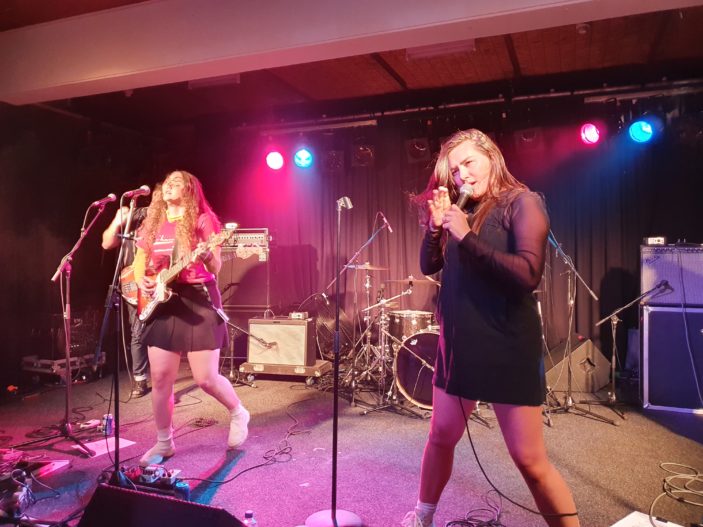 Wing Defence are tonight’s support act and are a local, five piece guitar-heavy ball of noise. The band have been on hiatus, due to the lead singer having a baby only a month or so ago. But, that didn’t stop them cranking up the beats. Latest single “Bob” was well received and a cracking version of Spiderbait’s “Calypso” was a great way to round out the set.

The crowd were there for Lydia Lunch though. With several Lydia lookalike clones amongst their number. Retrovirus is a collection of her music output from 1977 to the present. Accompanying Lydia were Weasel Walter and Tim Dahl on guitar and ex-Sonic Youth and Pussy Galore drummer Bob Bert.

Lydia came on stage in all black. Black dress with Wicca symbols, black hair, black boots and outrageously red lipstick. This is a woman who’s been singing punk for years and knows her way around the stage (even if a few song sheets are needed to remind her of the words). 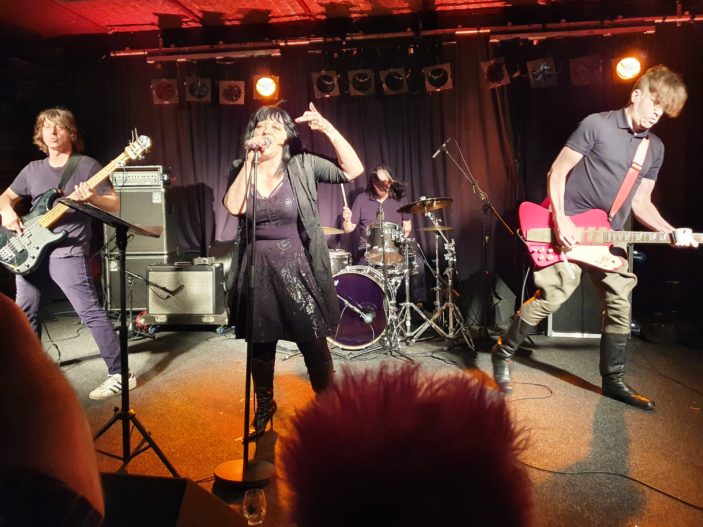 It was a powerful opening, with “Snakepit Breakdown”, “3×3” and “Love Spit with Blood” performed with real gusto and energy. There was an obvious synergy between the performers and all give it their all. “Fields of Fire” followed and “Dead Me You Beside” had the band really throwing the instruments around with abandon. 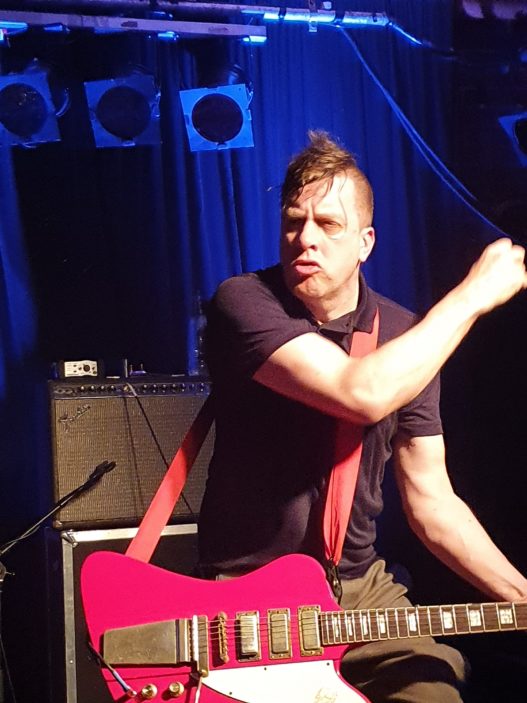 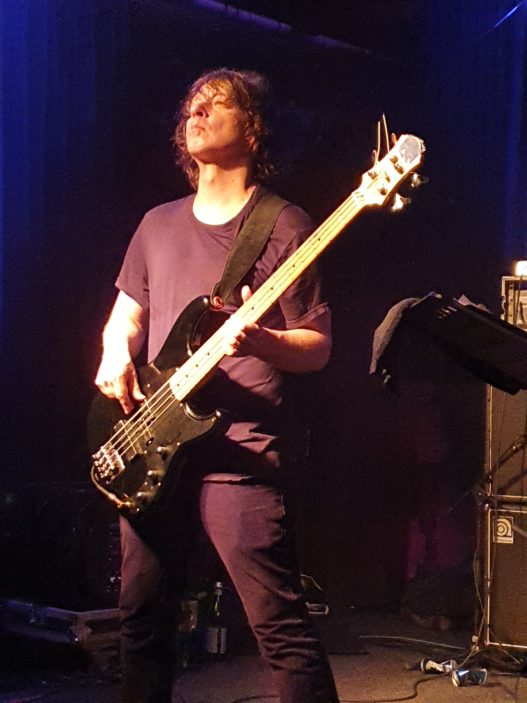 “Gospel Singer” had a strange interruption halfway, so the song was restarted from the beginning. I’m not sure if this was deliberate or not, but it was worth a repeat as it was a fine song, with Weasel once again becoming almost banshee-like. This was followe by the Rowland S Howard song “Still Burning”:

Shortly after there was some commotion with an audience member. Lydia took no prisoners and had him ejected, but not before throwing her wine glass at him. She launched into “Final Solution” and “Afraid of your Company” with renewed anger and gusto. Daring the audience to cross her. The final song brings out the smoke machine and red lights and before you realise it it is all over. But we’ve all had a short sharp lesson in early New York Punk.

The Lydia Lunch Retrovirus Australian tour has now concluded. The reviewer attended the performance on February 27th in Adelaide.