It’s hard to believe we’re already two months into the New Year, but already we’re discovering so much amazing new music and artists who are set to explode in the year ahead. Here’s just 20 artists you need to be looking out for in 2020… presented in alphabetical order.

Badflower, a band formed in 2008 and formerly known as The Cartunes, have recently taken the music scene by storm with their 2019 album OK, I’M SICK. Featuring songs “Heroin”, “Promise Me”, and their popular 2018 track “Ghost”, which handled the heavy topic of suicide, their album debuted as number 140 on the US Billboard 200. “Ghost” was actually one of the first songs I heard from this band, and it was the track which began my love for their music. Main singer Josh Katz’s voice is a timbre of emotion, his lyrics managing to bring out the raw passion and talent in every line. Badflower are touring this year with Incubus, starting May 9. Definitely a band to keep your eye on!

This British based artist is the most exciting voice out of the UK since Adele. And mark my words – she’s going to be as big as her one day. This is a massive star in the making, jump on board and enjoy an artist who is genuinely one of the finest talents of her generation. And she’s just getting started… 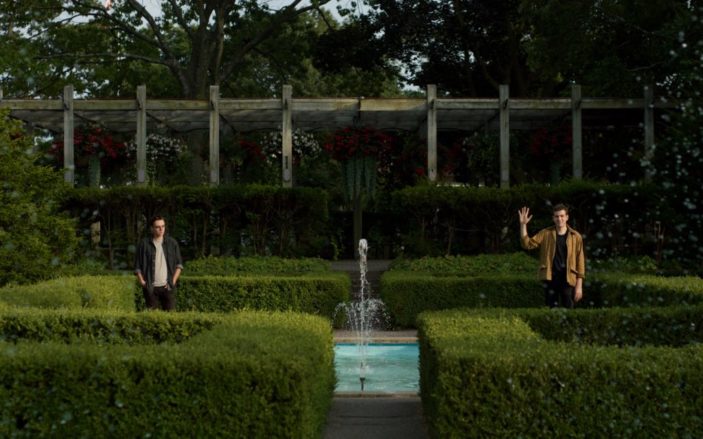 Toronto’s Ducks Unlimited aren’t exactly reinventing the wheel. But, nor do they need to. Instead the duo wear their influences with pride, and have clearly been peeking at the Forster-McLennan songbook. It is jangly guitar pop at its finest, with the irresistibly upbeat and bouncy instrumentation belying the hidden depths of the songwriting. Because, as it turns out life is just that little bit easier with good music to dance to. They dropped their debut EP Get Bleak late last year, and made several end of year lists. According to their socials they’re back in the studio, so we might get some more music scene. But, in the meantime they’ll be playing The New Colossus Festival in New York next month.

Hartley is one of Warner Music’s most promising talents. Picked up after uploading her single ‘Used To’ to triple j unearthed, fans are lapping up the 23-year-old’s soothing and murky voice over her synth ambient earworms. She released her debut eponymously-named EP in January with her unmissable pink-haired posters popping up over the nation, and it’s gained serious traction putting her at the forefront of the left-field pop scene. Recommendation is her track ‘Mind’ – it’ll soundtrack your summer.

Known as the frontwoman of the acclaimed Sydney act The Jezabels, 2020 shapes up as a big year as Hayley Mary heads out on her own. She has recently released an EP of grittier rock-driven music. With her unmistakable vocals, we all know Hayley Mary is bound to conquer the next 12 months.

Earthy, angry and melodic classic rock. Similar to Shame, Johnny Hunter are relentless with their riffs and pounding drums. Recent single “Pain & Joy” is a great launching pad for the remainder of the year

Lina_ Raül Refree is a collaboration between Portuguese singer Lina_ and Spanish producer and multi-instrumentalist Raül Refree. You might recognise Refree from his work with Rosalía, where he helped bring a modern edge to the traditional flamenco style on her debut album Los Angeles. Here, instead of flamenco, Lina and Refree aim to do something similar with Fado, a form of Portuguese music with a long and storied past. The duo have just released their self-titled debut, which features Lina’s haunting re-interpretations of many Fado classics. Classics made popular by the renowned fadist Amalia Rodrigues. It’s a subtle but effective reinvention of a music genre with a 200+ year history. Guitars have been swapped out for analog synths and piano. All in all it all makes for some truly beautiful and powerful music.

Impressive non-binary artist from Adelaide. Sounds like NIN had a baby with Savage Garden.

Max Lawrence has been gigging around Melbourne for the past few years, headlining his own shows as well as being part of Gaytimes Festival. Max is an artist to look out for due to his iconic alt-pop music influenced with RnB, soul, orchestral, floaty sounds. It’s this style of music that lifts me up to feel wonderful and just…happy really! Max’s type of music has not saturated the market so it’s refreshing, passionate and mesmerising. Think Moses Summer, Perfume Genius and David Bowie enveloped with Bjork and Jeff Buckley.

Parcels were a standout to John Goodridge at Falls Festival. Even though the five-piece electro-pop band formed in Byron Bay in 2014, they honed their skills in Berlin working with Daft Punk. It’s an interesting mix of guitar-driven synth sounds that commands your attention. Their stage show is equally commanding. I’m expecting that we’ll hear more of them soon.

Pinkish Blu is a 4-piece Adelaide outfit with only a handful of singles under their belts. These tracks have garnered them a dedicated fanbase thanks to their intellectual lyricism over a lucent bedroom-pop. With their faces on the walls of Universal Store and two hugely cementing years performing at BIGSOUND, the boys have inked a deal with Sony Music which is bound to have them seeing astronomical success when they release their first body of work. Recommendation is ‘Coupon’ or ‘Capricorn. Catch them on the road in late February as they tour with Egoism!

From the Central Coast of NSW, Sam Windley plays indie-pop guitar-driven music. Her new single “For Real This Time” rests on her sweet vocals, with a little Gretta Ray vibe to track.

With the success of artists like Carmouflage Rose and B Wise, it seems like the carpet has already been laid out for melodic Kiwi-born Gold Coast rapper/singer Saint Lane. Although melody-heavy rap has been a tremendous success in the US, it’s spread throughout Australia has only really taken hold in the past few years, and that’s exactly the type of bag Lane fits into. The proof is right there in his newest song “Hickeys”, a pop-friendly, R&B number with the exact mixture of slickness, smoothness and silk that has propelled those before him to superstardom. It’s only right that he’s got next.

Raggedy and a little bit bluesy (think Palma Violets, The Vines and The Hives), Sports Team are bound to develop a cult following on the back of 2019 single “The Races”

Bluesy in nature, Stella’s vocals and songwriting are rounded and brilliant. With a general slinky vibe to her music, Stella’s recent single “Act Like A Party” is a welcome release from this indie-pop act.

Northern Territorian Stevie Jean first emerged through Triple J’s Unearthed High. 2019 has proved to be a breakout year for Stevie, with her releasing her debut EP launched “Blame Game”. She also supported Montaigne on her national tour. She is truly versatile, which is evident in the EP “Evenings” that was also released in 2019, which was a collaboration with hip-hop and rapper artist Tasman Keith. The track “Prey” off this EP is an absolute killer.

“December Song”, one of the singles off “Blame Game” has been on high rotation on Triple J, and she has just released an acoustic version of it.  The track showcases her versatility and incredible voice. Stevie Jean is a hotbed of creativity and we look forward to more releases in 2020.

Tamara and the Dreams

Sweet, bubble gum pop in the same vein of Velociraptor is what TATD is delivering. A lover of memes, the new year is shaping up well on the back of 2019 single “Pink Sunglasses”.

Glasgow grit and glamour combined. With an ambitious theatrical sound and equally strong aesthetic Walt Disco are a band impossible to ignore. There’s a knowing retroness to them, with elements of the New Romantics, New Wave and post punk all blended to great effect. There’s those vocals too, reminiscent of Bowie, or Dundee’s The Associates. They’re big, they’re bold, and have an enthusiasm and quality that’s hard not to like. They’re picking up steam too. With a handful of singles to their name, including “Dancing Shoes”, the band will spend much of early 2020 on the road, with their Young Hard and Handsome tour taking them around the UK and Ireland. With showcases at SXSW and The Great Escape on the horizon, this should be their “breakthrough” year.

They’re playing our party in New York City next week, so you know we’re already partial to this Melbourne based artist, and they were also one of our favourite acts of BIGSOUND 2019. But we truly expect them to make big waves in 2020, with their mix of pop and rock and indie and electronica and making it totally their own. And as a live two piece, they have the sound of an even heavier band – think DFA 1979, but a stronger dose of pop. I truly love everything about this act, and you can too.