With streaming services and so many great artists going round it’s easier than ever to find new music. However, the endless options make this process overwhelming and often disheartening. We have picked out 12 great artists who we think might just be your next favourite artists! 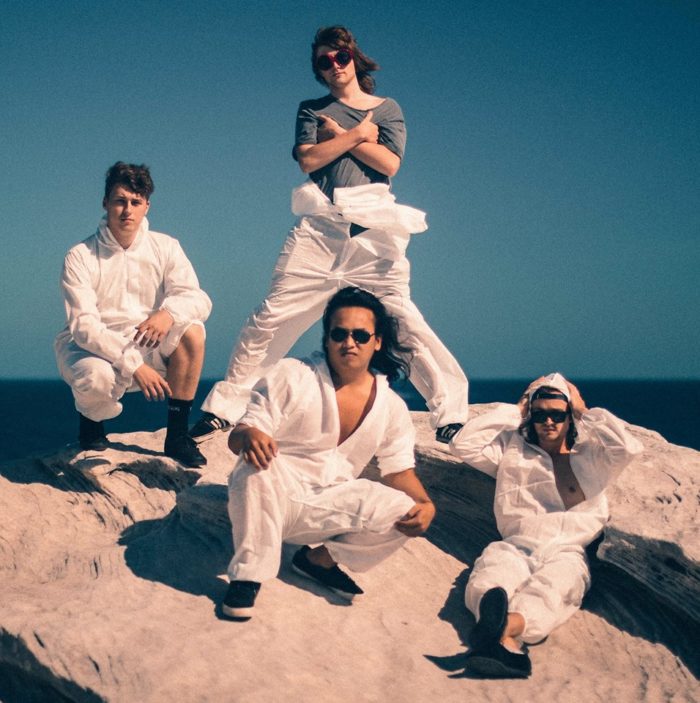 Back in 2014 I watched a video of Catfish And The Bottlmen on stage and from that moment there was no room in my heart for anyone other than lead singer Van McCann. This all changed when I saw a short video of Fripps and Fripps covering a Catfish and The Bottlemen song and I had to make room in my heart for a new love interest. Oozing sex appeal and a good time Sydney band Fripps and Fripps are already performance pros this early in their career.

Charismatic and powerful, their energetic melodies and indie-rock hooks are simply unforgettable. Listen to the first ten seconds of their biggest hit ‘Get Your End Wet” and you’ll be dying for a Saturday night boogie. Fripps and Fripps don’t only smash party starters but slow it down in tracks like “Big Bad Wolf” where Baily Stevenson’s dreamy vocals send bullets straight to your heart.

Some Fripps and Fripps tracks have the rhythmic energy of Two Door Cinema Club and others with the groovy soulfulness Ocean Alley have been bringing back to popularity lately. We are still waiting for a debut full length album from these guys  which I have a feeling is going to showcase all their influences with their fabulous enthusiasm and rock n roll persona!

For more information about Fripps and Fripps head to their Facebook page HERE. 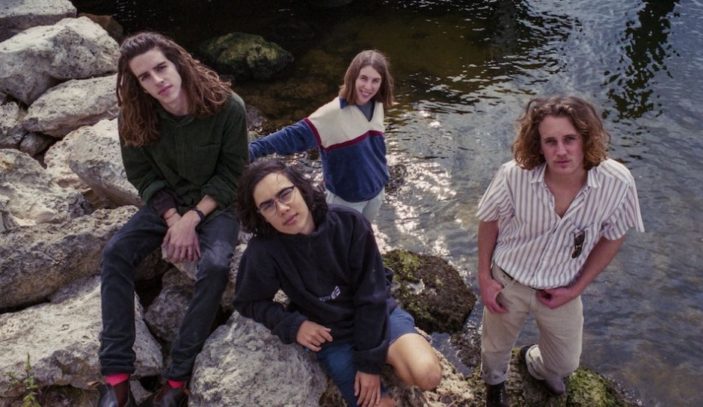 Everyone important in the music world has been raving about these guys for over a year now.  The rest of us commoners still aren’t giving them the credit they deserve, despite Spacey Jane sharing the stage with Alex Lahey, Car Seat Headrest, The Jungle Giants and heaps more huge names. Don’t worry, it’s only a matter of time though.  After two unforgettable singles this year, “Cold Feet” and “Keep A Clean Nose” and a stunning EP it will be impossible to ignore Spacey Jane for much longer.

When this happens lead singer Caleb is going to be breaking hearts round the world, with his flirty, raspy voice that I just cannot get enough of! 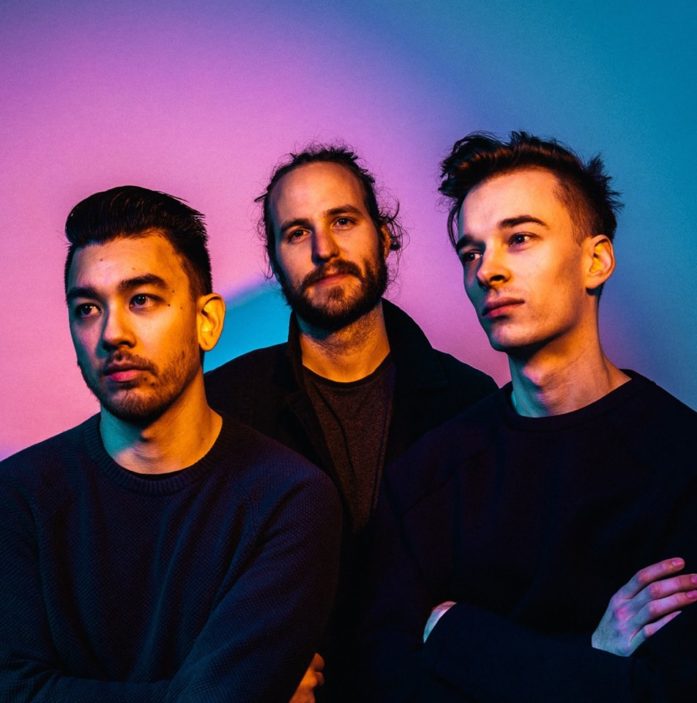 Putting a weird twist on your classic indie pop, Halcyon Drive have been blending electronic elements in to their bright an intricate melodies to create something original and fresh based around a comfortable pop base.

With so much going on it could all seem a bit too chaotic, but instead they manage to produce a crispness and vibrance with every part playing in to the overall epicness of their tracks. With their unique production skills and ear for a good hook, you can tell something much bigger is brewing. Their debut album is currently being teased and something tells me I Halcyon Drive could be on the verge of stardom.

All of their tracks build to a huge chorus, destined for stadium shows.  If you love a passionate sing a long like good old Vampire Weekend or MGMT then you will love Halcyon Drive.

If someone asks you who produced a new Australian song, it is probably best to hedge your bets on Golden Vessel or Japanese Wallpaper. There is a serious Brisbane artist gang forming, with Cub Sport, Mallrat, Golden Vessel and a heap of other legends joining forces to create great music together. Golden Vessel has produced for hip-hop tracks, pop tracks and is also producing some absolute gems of his own.

His song “Hesitate” has a timeless beauty to it. It should be the soundtrack to your late night thoughts or that forced cry you sometimes need. His fluttery and dazzling production creates such a depth to his tracks while still feeling organic and chill. 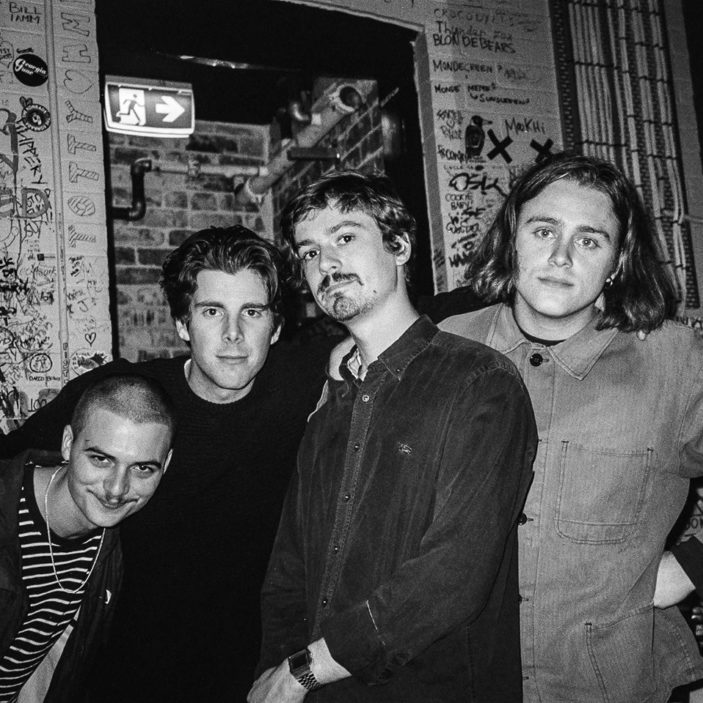 There is something special about Brit Pop that is so fulfilling and heart wrenching. Something about it making you want to cry and dance at the same time is unmatched by other genres.

If DMA’s leave you craving more, then Sydney band PLANET are about to fill this void. Drawing from old-school and contemporary influences they manage to create something with British ties but undeniably Australian.

The whole band is perfectly in sync, creating a fulness and vastness that is peaceful and soothing. It’s anthemic without being over the top and the guitar lines make for a strong and rhythmic base for each track.

With a new EP out earlier this year called Waking Eight, and a whole bunch of tracks before that, take a few hours to go lose yourself in the hazy world of PLANET. 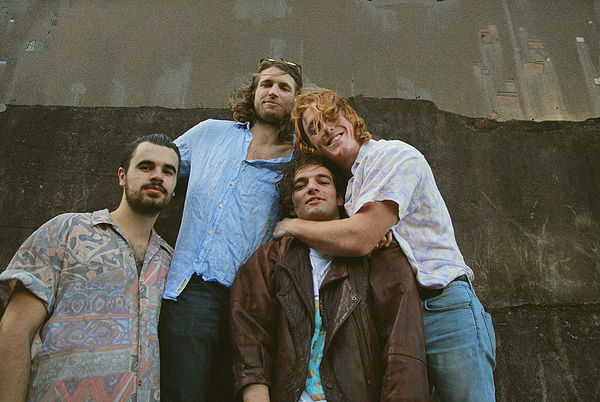 Shag Rock are exactly what the name sounds like – messy, feel good surf rock. An absolute carefree summery groove, “Sunbleached Girl” has racked up over 2 million streams on Spotify alone and led to a support slot with The Rubens and Tia Gostelow.

2018 has been huge for the band as well, releasing two killer tracks, “Fuzzy Connection” and “Deep Froth” which just scream crowd sing along and LETS DANCE!

Versatile and polished, Shag Rock balance punchy rock guitar lines, cruisy melodies and always a killer chorus. If you’ve jumped on the Ocean Alley bandwagon this past few years and are looking for something new that screams Friday night at the pub, then Shag Rock are your guys! 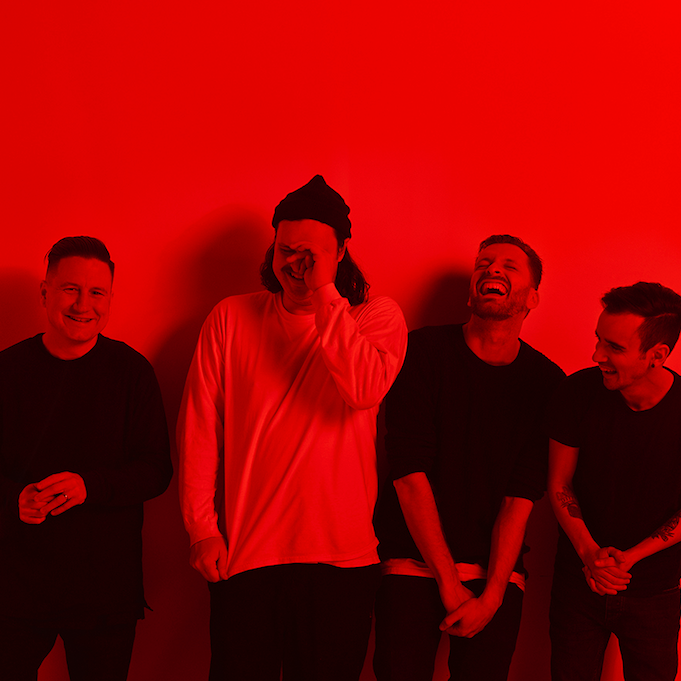 Few bands have been able to do what Melbourne band Ceres do to me. The overall feel of the band is self deprecatingly described in their merch, which has “I went to a Ceres show and all I got was bummed out,” printed over their T-Shirts.

They come across as hearty punk-rockers but are really evocative, contemplative masterminds. Their ability to send a crowd straight in to a mosh and the next moment have these people hugging is a sight to be seen and something I’ll never be able to compehend.

In an interview with vocalist and song writer Tom Lanyon he talked about feeling helpless and almost giving up on music for not feeling good enough. On the back of this near demise of a great band, this year they pulled together “Viv In The Front Seat,” an insightful track with a touching back story that made me fall in love with Ceres all over again.

It is earnest melodious, cathartic, pop punk and these guys have a small but unmatched fan base.  Listen once and you’ll be hooked, insisting that your friends must listen to this life changing band. 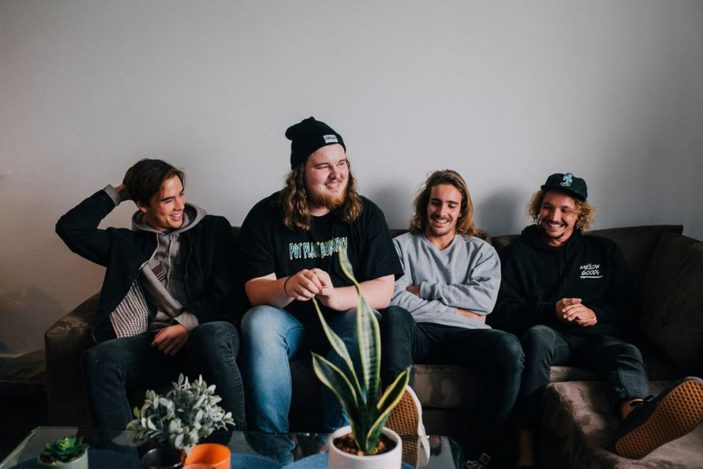 A fresh and captivating take on the Aussie punk scene. Sly Withers slap you on one cheek with punk energy, the other with raw honesty and then whack you straight in the face with a great story.

Sly Withers have a Smith Street Band feel without the real sadness of old mate Will Wagner’s songwriting.  Anthemic and compelling these guys are killing the already thriving Perth scene and really making a name for themselves playing with bands like Dear Seattle and Good Doogs.  It only takes one listen to take you back to your high school emo phase, thank yourself you got out of that phase but still enjoy every minute of this feelsy punk rock.

Jordan Burns has that chilled hipster Byron look but produces some absolute filth that is anything but chill.  This producer has a huge future ahead of him, already releasing on one of the most important labels in the industry, Night Bass which hosts huge artists like AC Slater, Destructo, Wax Motif and Chris Lorenzo.  Unlike a lot of producers at the moment trying to replicate what is already popular, Jordan Burns jumps from one genre to the next with each new release. Recently he’s shown some straight techno beats in ‘Voyage,” but also hits us with some transportive future bass bangers, electro pop and then some absolute housey belters. This makes for some huge sets, which give you a look in at all these distinct influences.

I need to set the scene before I give you my one piece of advice.  It is a Saturday night and you are heading out. You are about to reach the club and you have been granted aux privileges and you only have one shot to impress. Fear not – all you have to do is hit play on “Weekend” by Jordan Burns and the absolutely spine tingling drop stuffed with enough bass to induce a heart attack will do the rest for you.

For more information about Jordan Burns check out his Facebook HERE. 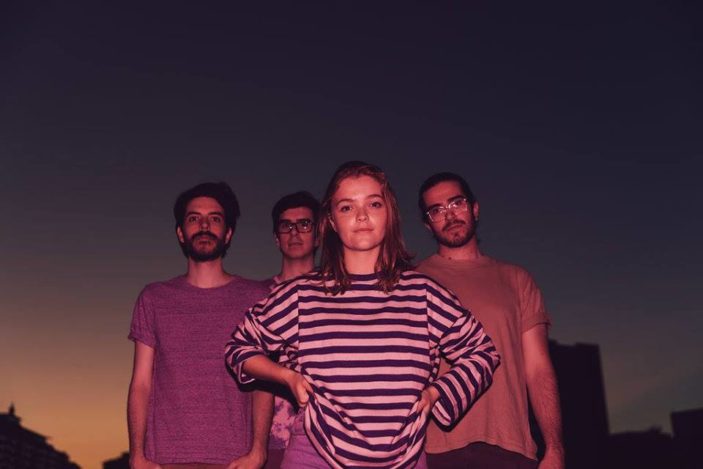 Canadian soon to be pop stars Dizzy have an elegance and innocence that is paralysingly captivating.  Their debut album Baby Teeth released earlier this year was inspired by the dull routinness of growing up in Oshawa and lyrically and melodically somehow captures a delicate stillness of time.

Lead singer Katie Munshaw’s textured vocals are gentle and have the ability to take a classic pop song and turn it in to a dreamy fantasy.  Their song writing skills seem to be improving with each release but honestly, it doesn’t matter what Katie is saying all you hear is her piercingly striking voice.

For more information about Dizzy visit their Facebook HERE. 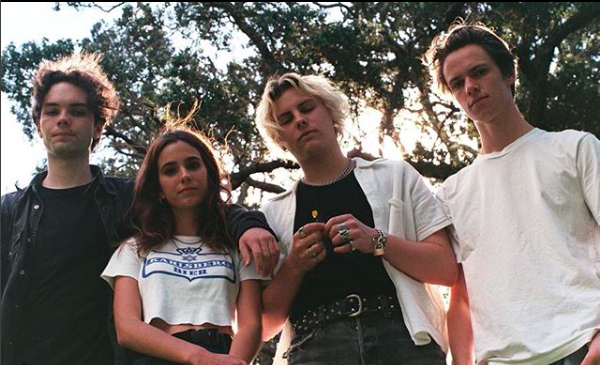 Auckland Indie Pop group Daffodils have an energetic synthy sound almost as powerful as their songwriting and vocals. Influenced by 80’s new wave music and The 1975, their underlying cool Autumn feel is blended allowing their uplifting shimmery melodies to sparkle. Lead singer Theo Spike Salmon has barely reached adulthood but his voice has a pulsating strength and authenticity to it which is mature well beyond his age.

With Jade Bryham killing it on the synth and keyboard, this contemporary touch blended with Theo’s classic voice creates a 90s nostalgia and moody soundscape you cant help but fall in love with. 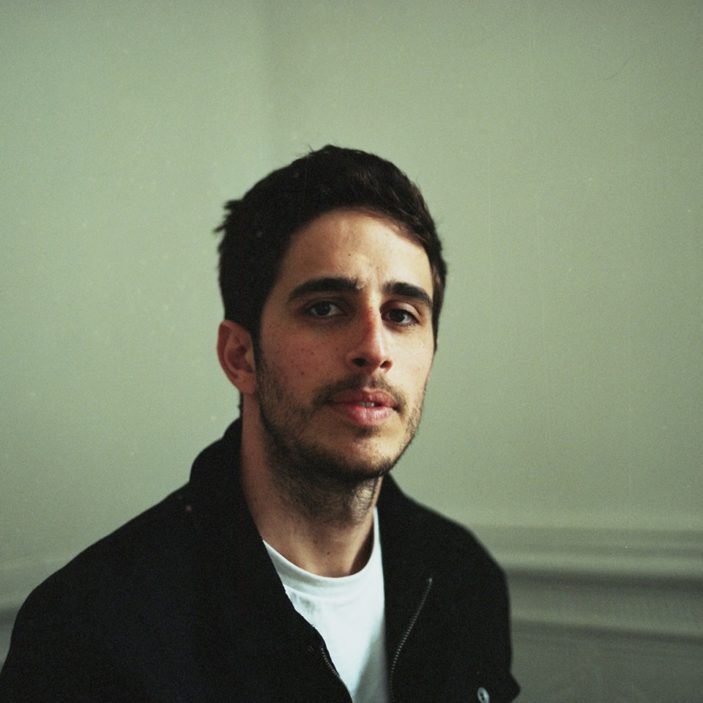 Perth singer-songwriter and producer Camaramo has said his influences include Bruce Springsteen and Bon Iver.  The hearty, passionate soundscape these artists create also shines in Camaramo’s music.  Deep vocals and smooth pulsing production meld to create a fluffy sincerity that is engaging and calming.

His most recent single “Table Mountain” is by far his best song and hopefully shows the future of this musician. What was originally a solo project was adapted for this track as he brought along friends to get a whole new set of ideas and inspiration. On top of this he has now garnered a wealth of experience from interning with ARIA winning producers, to create an indie pop gem. it is intricate and mellow while motivating and thought provoking. This mix of emotions he somehow curated was inspired as he said “I found myself on top of Table Mountain with my partner finally able to breathe and appreciate the moment.”