This August, we’re celebrating the 11th birthday of the website. As of now, we’re not throwing any parties this year – though we are going to be doing two things. The first one is that we’re finally moving our new site out of beta at the “launch.theaureview.com” domain and moving everything – and almost all of our 11 years of content from across the subdomains – to the site at the original domain – theaureview.com. That’s hundreds of thousands of articles and photo galleries all at your finger tips.

The other thing I’ll be personally doing is taking you back for 11 of my favourite memories over the years of running the website. There’ll be interviews, special gigs and other great moments that help sum up not just our experiences running this independent website, but also some of the best musical moments in Australia over the same period. We’re going to start out with one of those “pinch yourself at being at concerts”. It was the first time Ed Sheeran came to Australia – hard to believe it was less than 8 years ago given how big of a star he is now. We were invited to cover Ed at an intimate show in an apartment in Sydney’s Hibernian House. Boy and Bear’s Tim Hart played support and we got an incredibly intimate special show.

it’s worth noting too that I lived in this apartment building at the time, which made this whole experience even more incredible in retrospect. But what made the night so memorable for me was that, in spite of what I said in the original coverage (copies below), I remember leaving the gig thinking – well, that was great… but this isn’t going to catch on – that’s probably the last I’ll see of him. Obviously everyone else knew something I didn’t, because sure enough, he wasn’t going anywhere. Shows you how much I know! Here’s a look back on what happened that night, along with some photos from the great Johnny Au.

What we all thought would be a brief media/industry intimate showcase of one of the hottest artists in the UK right now, twenty year old Ed Sheeran, turned out to be a full solo set lasting almost two hours, with apt support from Boy & Bear’s Tim Hart. 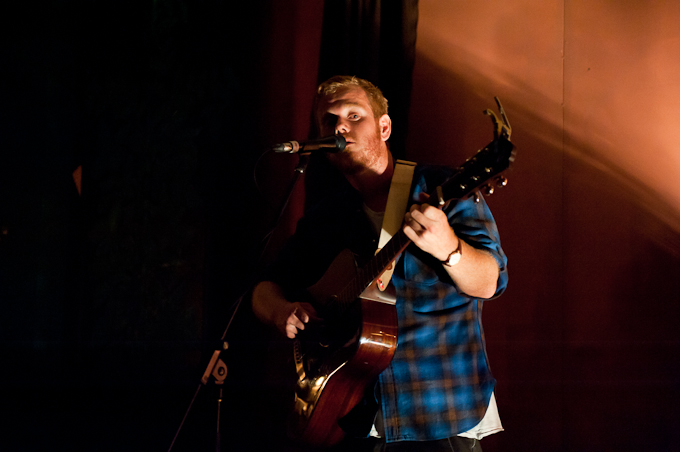 Performing a solo set in Hibernian House for the second time in a week, Tim Hart’s set showed off the Boy and Bear guitarist as an impressive songwriter, playing the sort of folk music that Glen Hansard is well known for. And I daresay he performs with a similar vocal sensibility. He brought out the 12 string guitar for tracks “White Man” and “Thompson” – a “bad song written for a good friend”. A talented man? That’s an understatement. 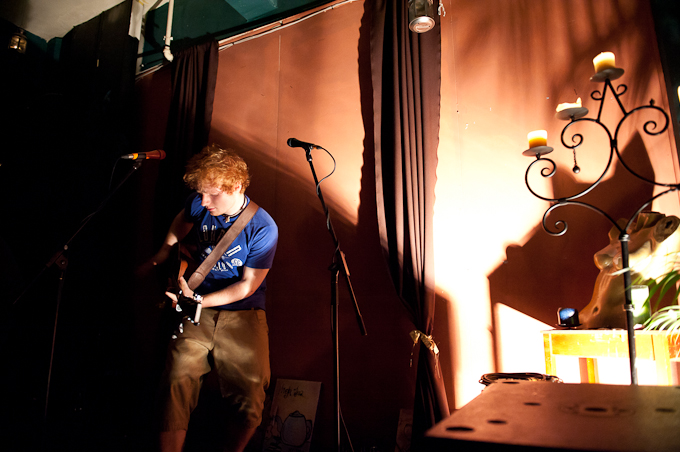 Ed Sheeran emerged to impress the intimate crowd, looping vocal effects and guitar beats to create a live backing track and working to get the crowd to sing along – which didn’t prove too difficult. He opened with “The City”, before playing a pile of tracks off his debut album +. This included the heartwarming “Small Bump”, “Gimme Love” – his favourite track on the album, the traditional Irish Folk cover “The Parting Glass” and set closer (and popular single) “The A Team”, which he performed without a microphone in the audience. 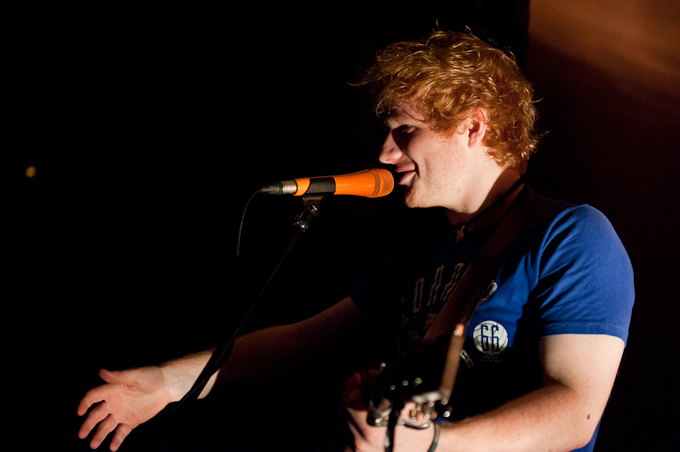 Throughout the set, Ed proved he can rap (or sing really quickly, however you might want to look at it) and perform a cappella. He performed some new tracks including a love song he’s written for his Godparent’s wedding. And he threw in covers of 50 Cent’s “In Da Club”, Foy Vance’s “Guiding Light” and Jamie Woon’s “Wayfaring Stranger”. It was a set that showed the up-and-coming artist off as a true talent, and gave the crowd quite a memorable evening indeed. 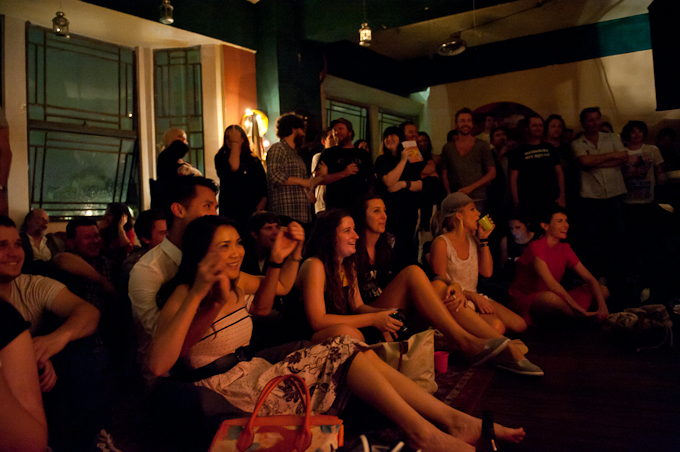