Yoshi’s Crafted World has been made with all the love and care in the world – and it shows. From the subtle, crafty touches to the gorgeous soundtrack, cutesy worlds and stellar gameplay, everything about it screams wholesomeness. The game is so wholesome that it makes me want to be a better person. 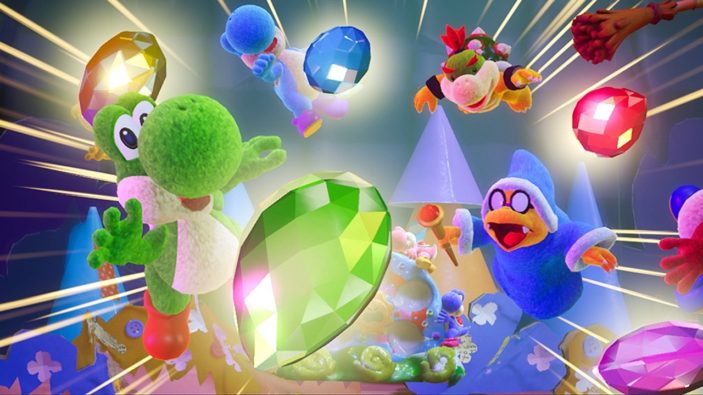 Your job, as one of the Yoshis, is to travel through a variety of delightful worlds, collecting flowers and rescuing lost puppies to recover your family jewels. You can choose any Yoshi, but if you don’t choose green in singles mode, you’re wrong and I hate you. Along the way, you’ll fight a range of puzzling bosses, and the usual crowd of Shy Guys, bat things and Piranha Plants.

The game allows one or two player co-op modes, both equally as fun – but while it’s not so dangerous to go alone, having another player along for the ride is always a joy.

Essentially, gameplay is split by two modes – the ‘front side’ and the ‘flip side’. The front side is where the main, level-hopping gameplay happens and sees your Yoshi collecting hidden flowers and red coins (much like classic Mario) while solving simple puzzles and defeating enemies.

On the flip side, you’ll undertake the same level again, but backwards – and on the way, you’ll be rescuing Poochy’s puppies, who are very good at getting lost. They appear in every level, and some of them are much harder to reach than others. 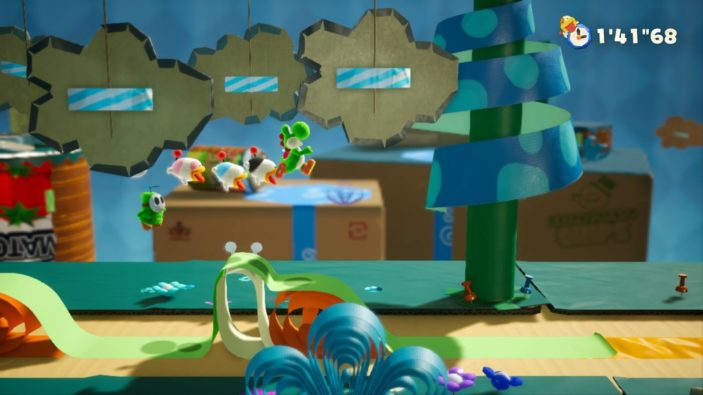 In addition to these two modes, completionists will be delighted to find a range of collectibles hidden throughout each world. Finding them all is worthwhile, because after every level is 100% complete, you’ll be greeting by blooming flowers and firecrackers that make it all worthwhile.

Yoshi has his usual range of moves up his arsenal (extreme tonguing, pooping eggs, defying gravity) and you’ll need all of them to puzzle solve your way through the world – from traversing waterfalls to fighting your way through a collapsed mine and wrangling magnets. 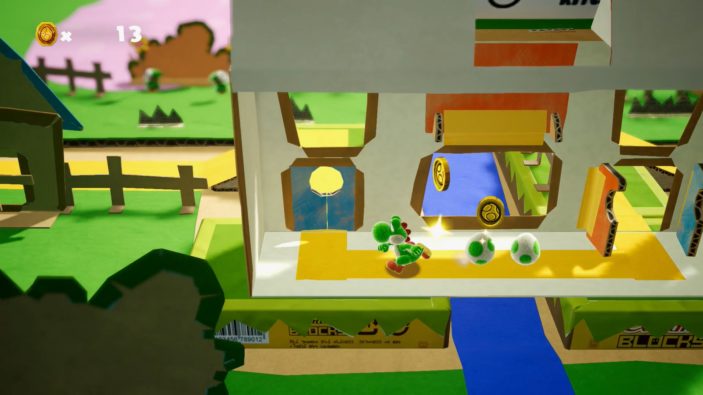 As a delightful little aside, along the way you’ll unlock a range of pachinko machines that dispense cutesy costumes for Yoshi to wear. Wearing a costume means that Yoshi can take several more hitpoints – but the game is rarely difficult, meaning that the costumes are cute, but a bit useless.

While the title riffs off the yarn-filled success of Kirby’s Epic Yarn and its psuedo-sequel Yoshi’s Woolly World, the game feels much more akin to LittleBigPlanet with its breezy gameplay and stage play-like worlds. Every detail – and I mean every detail is designed to resemble a fully handcrafted diorama.

Every platform, object, boss and piece of scenery is made up of craft materials that bring back memories of kindergarten classes, with everything from cereal boxes, metallic foils and pipe cleaners being used to make up the landscapes. 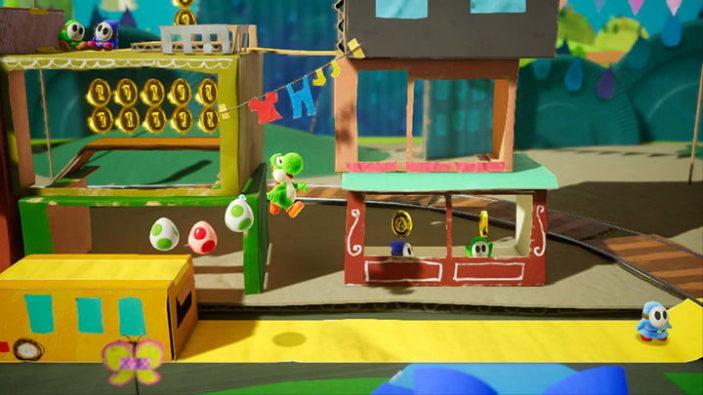 The real delight to be found in the ‘flip side’ of the crafted world is that it reveals all the tape, string and stitches holding the dioramas together. As someone with a craft hobby, seeing the subtle folds, cracks and crinkles waiting just on the other side of the world added a relatable sense of realism.

Every piece of scenery has a place and a purpose, and the thought that’s gone into it is frequently mindboggling. From a design standpoint, it’s an absolute marvel, and a true rarity in gaming.

Yoshi’s Crafted World is simply delightful. It’s stunning, extremely fun and gut-wrenchingly wholesome. Nintendo has been on an absolute blast lately, and for those who haven’t yet picked up a Switch, this title is just another on the list of must-buy reasons for investing in one. Simply put, the game is perfect and playing it made me a better person – that’s why it’s my first five-star game of the year.