As crammed as the name suggests, WWE 2K Battlegrounds introduces yet another entry to 2K’s “Grounds” series, off the heels of NBA 2K Playgrounds 2. The crux of these experiences revolves around the fact that they never take themselves too seriously. Over the top game play and stylised visuals keep this game from feeling like just another wrestler, with the most recent WWE 2K20 leaving much to be desired. WWE 2K Battlegrounds is in many respects a cleaner and more entertaining romp, full of fun game play functional mechanics, and wacky art style, but is ultimately held back by some odd structure and over reliance on micro transactions.
If you’ve played either of the two NBA 2K Playgrounds games, I can safely say that WWE 2K Battlegrounds is much of the same. The first thing you’ll notice is the art style, and it’s departure from the more realistic main line 2K series. But honestly, it’s gorgeous, and incredibly charming art style works here more than it ever did in 2K’s Playgrounds series. The visuals most definitely take advantage of the different sizes and costumes, posing as an endearing caricature of some of your favourite wrestlers. And they’re all here; from legendary icons like The Rock, Stone Cold Steve Austin, The Undertaker and Hulk Hogan, to current stars like AJ Styles, Roman Reigns and Randy Orton; the roster is most definitely stacked. 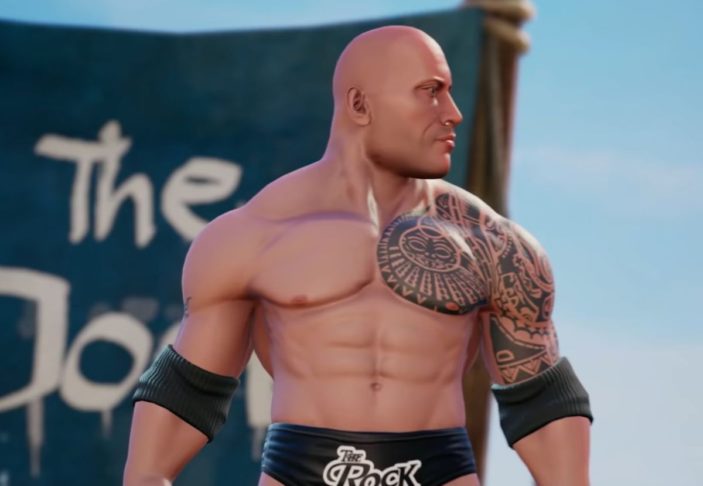 Gameplay on the other hand, isn’t as deep. It’s totally serviceable, but lacks any nuance and structure the main line series was known for. It’s also not as varied as the distinct WWE All-Stars, which stands alone but mimics much of the vibe created here. Each wrestler utilises a light and heavy attack, with three of each attack resulting in a special combo. The remaining 2 face buttons are assigned to Irish Whips and throws, while the trigger can be utilised to dish out special moves once available. There is admittedly a fair bit going on once you’re in the thick of it, and while it almost plays out like a regular WWE game, AI is a little wonky, and the difficulty is toned down to the point where you’ll hardly need to dive into your bag of tricks. Mechanics like blocks and parries are available, but rarely amount to anything your trusty light and heavy attacks can’t handle in a given situation. It’s not a broken system, and its accessible nature ensure a bunch of players from different age groups and fans alike can latch onto, making it a great option for casual local multiplayer matches when friends are around. But your stamina bar, while present, never really impacts your performance, as you wail away with little danger of it ever running empty, instead utilising it for special attacks, of which the bar allows a generous amount of. I can definitely commend all these options for the presence in the first place, but as I progressed through each mode with little push back, I soon left any special tactics and strategies behind. 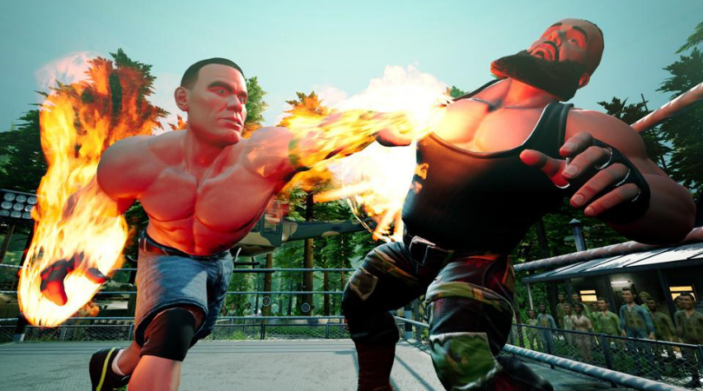 You’ll get the chance to use your stars across a number of modes, both online and off-line, as you complete challenges and unlock a long line of wrestlers one by one. And I do commend WWE 2K Battlegrounds for offering up this much in the first place. While the NBA 2K Playgrounds experiences felt a little slim, the wrestling at least opens up a few avenues for different matches and rules, therefore extending the longevity and variety of its overall game play. A campaign mode sees WWE producer Paul Heyman attempting to put together a new brand of wrestling set across various “battlegrounds” across the globe. As a result, legendary wrestlers including Stone Cold Steve Austin are hired to scout and discover local rookies as they work their way up the ranks. It’s a shame that the story is told through voiceless comic book panels, with the main menu music playing in the background as you read over them. The artwork is pretty, but the story merely serves as a way to get you comfortable with the game’s wrestlers, modes and locations, putting you through its paces with over 100 individual challenges. This is the most direct way to get a bit of everything, and while it’s super repetitive at times, the bite sized nature of the matches can easily be enjoyed in small bursts. You’ll also get the chance to create your own wrestler complete with special moves and abilities, and while there’s not an overwhelming amount of choice, you can at least shape and mould certain features of your character, akin to mainline 2K sports games. 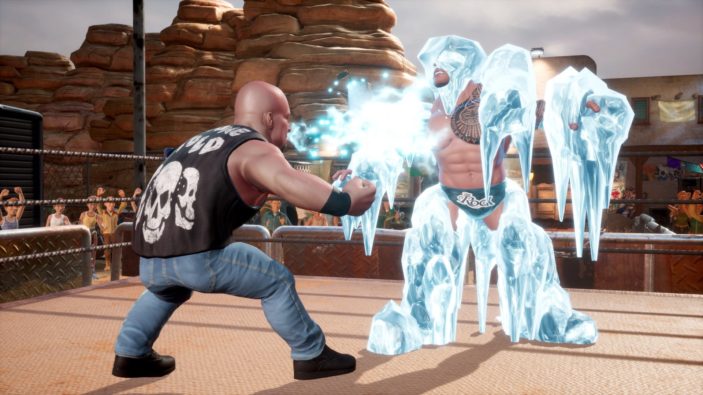 What remains is relatively slim. Tag team and combination matches such as 3 v 3 and fatal 4 way keep things frenetic, with the inclusion of the Royal Rumble a given in any wrestling game. But it’s the Steel Cage matches the serve up the most in terms of novelty, mixing in Money in the Bank elements where fighters must collect a certain amount of cash before being the first to escape the cage. Varying locations known as “Battlegrounds” include Louisiana Swamps and Detroit City streets, but don’t really do much in terms of affecting the overall gameplay. The occasional outer ring my tremble and spit fire, and alligators may pass through, but this action never really enters the ring. Multiplayer modes such as Tournaments and King of the Battleground are as straight forward as they seem, but in the end, I just can’t see these modes extending the life of this game past a couple months. However, any mode and location wouldn’t be as interesting without fighters to use, and while I touched on the roster itself, keep in mind that many of these wrestlers will need to be purchased/unlocked in order to be used. Enter micro-transactions. It was definitely heavier in NBA 2K Playgrounds, implementing a card collecting system in which random packs and cards yielded uneven results. WWE 2K Battlegrounds allows you to select and purchase specific wrestlers with premium and in game currency. Bucks can be earned in game, while Golden Bucks must be purchased with your own cash. Much like any other culprit, the grind here is beyond extreme. It’s likely you’ll need more than 100 hours to unlock everything through in game means, as much of what’s on offer will wear thin before your patience does. Either way, this structure is an absolute burden and begs you for some extra Bucks of your own.
Overall, WWE 2K Battlegrounds can only be described as an improvement when compared to recent WWE 2K iterations; and that’s most definitely a good thing. Game play is functional, and the art style is charming, but a repetitive campaign and an outright offensive reliance on micro transactions keep the simplistic grind from becoming anything but frustrating all too soon. Take WWE 2K Battlegrounds for what it is; a simplistic party game for some friends to gather around, but don’t dive much deeper than that.