First things first: World War Z wasn’t that bad of a movie. Released in a time when the undead genre had reached peak saturation, resurrecting the license with a worthy yet flawed video game adaptation a full six years later seems a strange move to say the least. That this IP resurrection is hitting shelves the same month as Sony’s similarly overdue crack at the genre Days Gone is equally curious.  Developer Saber Interactive do their best, creating tense moments of action coupled with impressively large swarms of the undead. What can be likened to a Left 4 Dead-style experience functions well enough initially, paired with a few fun multiplayer elements, but its lack of long term content and overall variety hold it back.

Although it is never directly stated, World War Z’s appears to take place after the events of the film. The initial offering consists of both online and offline cooperative campaigns, and various competitive online modes. While the campaign can be played entirely offline, I find it strange that the offline component does not offer local co-op via split screen, an oversight that misses the point of a building a cooperative experience in the first place, forcing you to rely on AI controlled allies to pull you through. While I didn’t run into any significant issues with the AI, they were far from perfect, sometimes distracted and unresponsive to my cries for medical attention, and sometimes glued to my hip and offering aid for no reason at all.

Online, however, was a different ball game altogether, and it is the way I recommend you experience World War Z’s campaign. 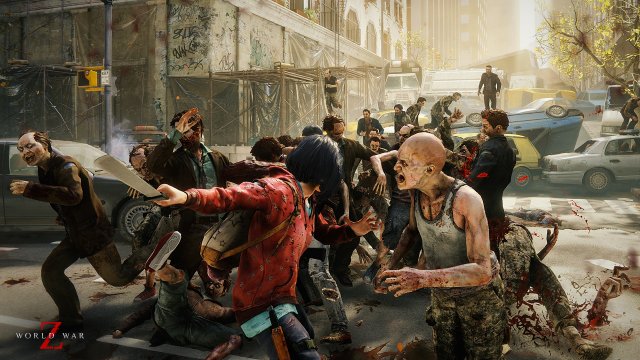 As mentioned earlier, World War Z’s campaign plays out surprisingly similar to those of the Left 4 Dead series. Taking place over multiple locations such as New York, Jerusalem, Moscow and Tokyo, with each city with the intention of providing different locales and flavours. I found that colours were rather muted, with each city biome failing to encapsulate any significant landmark that might set each location apart. What follows are 4 miniature campaigns, with each city providing a new set of characters to take on the undead. It’s less important in a co-operative, multiplayer game but I still found the characters to be underdeveloped. Left 4 Dead didn’t do much character development either, but they at least had a handful of memorable character traits for players to latch on to. The characters in World War Z receive no such treatment.

Thankfully, the weapons are one area that does show some variation and the shooting mechanics are solid and responsive. One would hope so, as the impressively large swarms of approaching zombies are intimidating to say the least. With a primary, secondary and heavy weapon at your disposal, combinations are endless, however I found the heavy weapons, ranging from the common heavy machine gun to a chainsaw, the most interesting.

Strong as the weapons are, and while World War Z functions well where it counts, there’s still no shortage of bugs. With such a large number of enemies on screen at any given time I am inclined to be lenient here, but would be lying if I didn’t notice the odd clipping issue from enemies, with some foes vanishing through the level or popping out altogether. It’s not game breaking, but noticeable enough to be considered silly at best. The game runs at 30 frames per second on both the PS4 and PS4 Pro, so your upgraded hardware isn’t going to help a jot. While uncommon, I did notice a few drops in the frame rate when vast amounts of enemies were on screen. Upping the difficulty also provides an impressive challenge, as the vast numbers of undead enemies pose more of a threat once they are harder to kill. 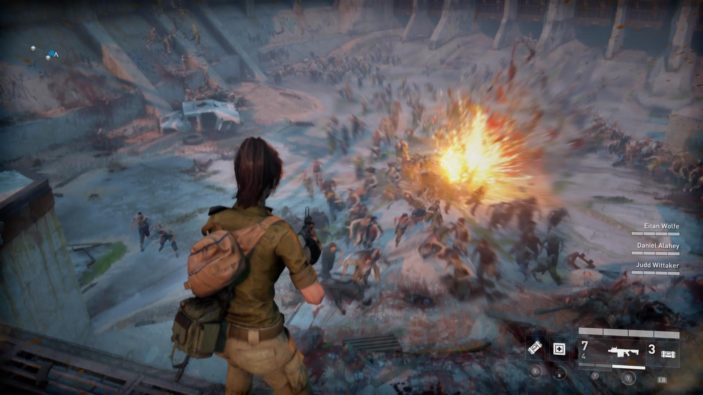 With an even mix of good and bad, multiplayer remains a shining example of World War Z’s capabilities and the best portion of the package. On offer are traditional multiplayer modes such as team death match, king of the hill, and domination serving as the more traditional options. Scavenge raid plays out slightly different as players chase down supplies across that map while vaccine hunt awards players points for holding onto the vaccine for as long as they can. These modes show the most originality, but the intermittent waves of the undead swarming the map is truly original and makes for some interesting chemistry choices, as opposing players may choose to band together for the time being in a bid to survive long enough only to turn on each other. It’s also worth noting that killing these AI controlled enemies deal out XP, providing an alternative way to stay relevant in each match as you build your kill/death tally. 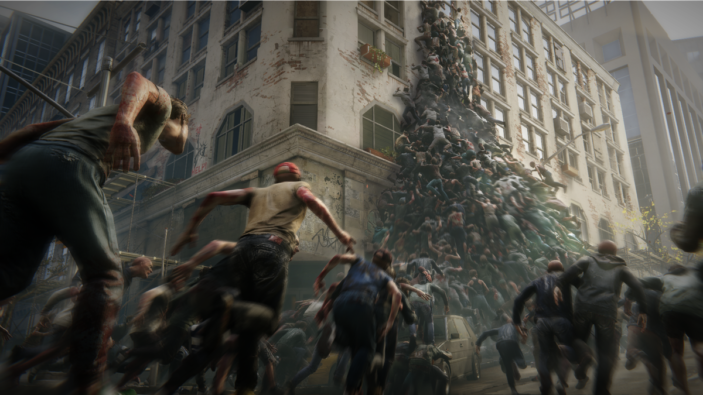 Customisation is not as strong as I would have hoped, as the assortment of playable classes amount merely to weapon choice. Weapons are locked to each class, and by definition, players end up choosing a particular class based on weapon choice alone. Classes are upgradable in the form of perks, as abilities such as faster weapon switching and healing are available. However as most of these perks are shared, the motivation to upgrade every class soon boils down to a handful based on your preferred weapons. It should also be noted that during my time with World War Z, online matches were easy to find and connections seemed reliable, proving that there are those out there still enjoying the multiplayer experience.

Overall, World War Z is a fun alternative to the like of Left 4 Dead, but offers less polish and variety in the process. While the solid shooting mechanics keep things rolling, the bland campaign and unimpressive visuals keep things from truly standing out. Multiplayer does offer the best gameplay experience with the undead keeping things fresh amongst the competitive chaos. Once again however, the shallow depth fails to keep players invested in the long run. But players can take solace as World War Z shows us that the cooperative based zombie formula is not dead just yet, providing some tense thrills in the process.