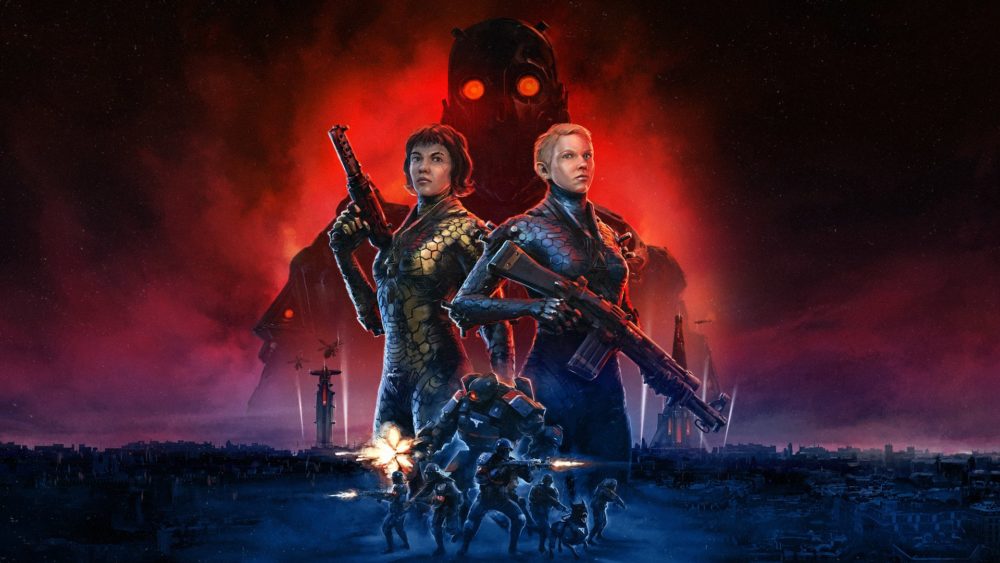 Let’s face it. The release of Wolfenstein: Youngblood has been predictably depressing.

And 2019 is peak angry internet man season, let’s be real. Parcel out a gleaming portion of content, lovingly crafted to be smart and inclusive, and you’re guaranteeing a fusillade of douchery. Perhaps Youngbloods was always going to be in the firing line, but let me put to rest any worries you might have. If you’re a fan of the epic re-envisioning of the Wolfenstein franchise that kicked off with Wolfenstein: The New Order back in 2014, you’re in for a treat with Youngblood.

I’ve been a vocal supporter of MachineGames’ explosive new direction for the Wolfenstein brand, largely because it gives a shit about plot and character. The New Order took B.J. Blaskowicz, a chunky, pixelated face that winced occasionally, to a big, kind, ruined man who wanted to make the world a better place. It had the storytelling chutzpah to pop him in a coma and then have him wake in the 60s, in a world now run by the Reich.

The games began to integrate and revolve around the kind of writing more suited to the Uncharted series, albeit grotesque and bombastic – think the Hitler-killing scene from Inglorious Basterds exploded out to a twenty hour campaign.

The sequel was equally ferocious, integrating base building, character friendships and side missions. The story went beserk, giving B.J. and his colleague, Anya, a chance to be happy. They free America from the Nazis and have twins. Youngblood jumps the story forward to 1980, and B.J. is missing. So who better to go look for him that his teenage daughters? They flee to Nazi occupied Paris, and what ensues is an audacious open world co-op game with two Sherlock-and-Watson wannabes parading around in Jewish Iron Man suits, blasting their way through arrondisment after arrondisment in search of their dad – and our hero, B.J..

The co-op element is great, feeling like a single-player-ish Destiny 2. Each sector of Paris is parcelled out carefully, side quests send you to previously unexplored areas, and occasional calls for assistance have you planting bombs in cars or nabbing high-tech devices. But the real core of the gameplay has you working your way up to hitting the three “Brothers”, huge, dystopian ziggurats that hold the Parisian populace in their thrall. These Brothers become essentially dungeons, complete with boss fights, labyrinthine passageways and some legitimately challenging combat.

Your suits are upgradeable, but they’re also magical ancient Jewish tech, so before long you’ll be cloaking and battering and augmenting yourself. The game rewards stealth, and indeed is the first instalment in the series that feels like it was actually designed for stealth. And the story really does deliver a pulpy, earnest slab of Wolfenstein goodness, earning Youngblood a place as a fantastic spin-off from this truly exciting series.

But if you’re worried about microtransactions, don’t be. There’s only one kind, and it lets you buy coins to unlock some cosmetics, or upgrade your weapons. And weapon upgrades don’t actually level your weapons, they simply re-jig stats – one upgrade might shift away from rate of fire and towards stopping power. In short, the microtransactions are an odd choice, but utterly unobtrusive, and without buying a single one I was drowning in so many silver coins that I had every upgrade I could have wanted by the time I clocked the final chapter.

Youngblood is a visceral, zippy, chaotic treat of a game that retains Wolfenstein’s trademark heart. It also hints at a monumental next step in the saga as far as the story goes. And you know what? It is political. We live in a terrifying time, and the far right are literally killing people in real life. There are white supremacist in positions of power worldwide, in the highest seats of office. The Nazis were a political party, and this Is a game about killing them. Of course it’s political. And that’s how it should be. Nazis are the bad guys, and the Wolfenstein series, in it’s own bombastic, unsubtle way, reminds us of that at every turn. I for one cannot wait to see where the Blaskowicz family end up next.