Warning, this article contains spoilers for Red Dead Redemption 2, read at your own peril

Red Dead Redemption 2 is likely to be “Game of the Year” from a tonne of different award ceremonies; it’s a juggernaut of design, deep in conception and brilliant in execution, to the pain of talented developers who have worked incredibly hard on their title. It’s also broken all types of records, and will continue to do so.

With this recent release, Rockstar will also be having another crack at an online experience. Red Dead Redemption Online will take place in the game world of Red Dead 2, and will be free and accessible to all who have purchased the game with appropriate console-based subscription services.

It’s likely that the game’s states of West Elizabeth and New Austin will be massive for the multiplayer experience – they were both quite lacklustre within the playable world of RDR2, with Armadillo struck with a Cholera outbreak, and several localities in the regions not very populated. So perhaps they will be bustling with content in the online counterpart. 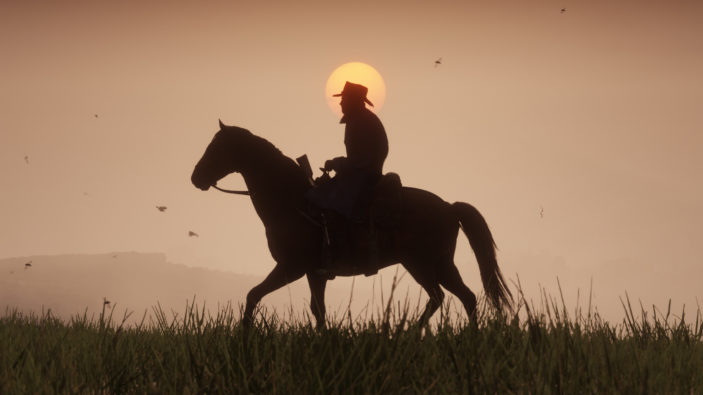 The original Red Dead Redemption game had a brilliant online counterpart; money was not a part of the universe, and players could freely roam across the original game world, doing as they please with weapons that are unlocked as the player levels up, similar to Grand Theft Auto IV‘s online model.

In 2013, Rockstar rolled out Grand Theft Auto Online, which had a greater emphasis on player progression through grinding, bringing in currency and progression markers, such as high-end properties and cars. It was incredibly fun to begin with, as there wasn’t much to grind – and to play it with friends at the time was incredibly fun; street races in particular.

It’s likely that Red Dead Redemption Online will follow a similar path; money-based and indicator-based progression is something that worked quite well with GTA Online, and they may take the form of better quality horses, or perhaps homesteads, in RDR Online.

It’s also likely that heists might make something of a reprisal in Red Dead Redemption Online, with the amount of enter-able banks throughout the lands of the game world. To this, it’s difficult to say what kind of modes might be available online – free roam seems particularly likely, but multiplayer modes may take the forms of death matches. It’s difficult to say. 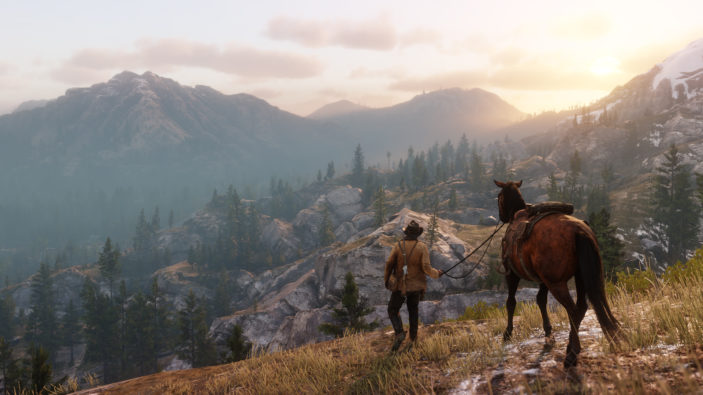 However as Grand Theft Auto Online enters its 5th year of support, with massive updates including hover bikes and cars, and new heists involving nuclear threats, grinding has become so great it’s almost unrealistic upon its player base, to the point of which purchased cash is almost essential. For this, Red Dead Redemption Online could go down a similar route, and be something quite divergent from the desires of the game’s player base. However, that could be some time away.

It’s also likely that the game will receive ongoing support through the addition of new mounts, weapons and clothes, although depending on the structure of activities, it could also mean new missions – although that much in details hasn’t been confirmed just yet.

One thing to be absolutely prepared for is bugs. When Grand Theft Auto Online rolled around, it was absolutely riddled with bugs, ranging from infinite load time bugs, to server crashes, to assets not loading.

For our full review of Red Dead Redemption 2 click HERE.