Oh how we’ve missed you, Tony Hawk’s Pro Skater. If you were a gamer in the mid to late 90’s, then you would have most definitely played a Tony Hawk’s Pro Skater, I’m sure of it. But before we get stuck into this review, let’s start off with a fun fact; the original Tony Hawk’s Pro Skater 2 currently ranks as the second highest reviewed game of all time according to Metacritic, sitting on a 98, second only to The Legend of Zelda: Ocarina of Time. No I’m serious, go check it out for yourself. So one could only imagine that the reveal of Tony Hawk’s Pro Skater 1+2 would have stirred some excitement amongst gamers and skaters alike. It is with great pleasure that I can safely announce, the king of skaters has returned.

THPS 1+2 is without a doubt one of the best skateboarding games I have ever played, bringing much of the core experience you know and love, revamped for the modern age. Still, most of what THPS 1+2 brings to the table relies heavily on both nostalgia and muscle memory, but somehow manages to feel fresh and most importantly, relevant. The maps, tracks and all your favourite skaters have returned, making you feel like you entered some weird high school reunion that feels anything but awkward. 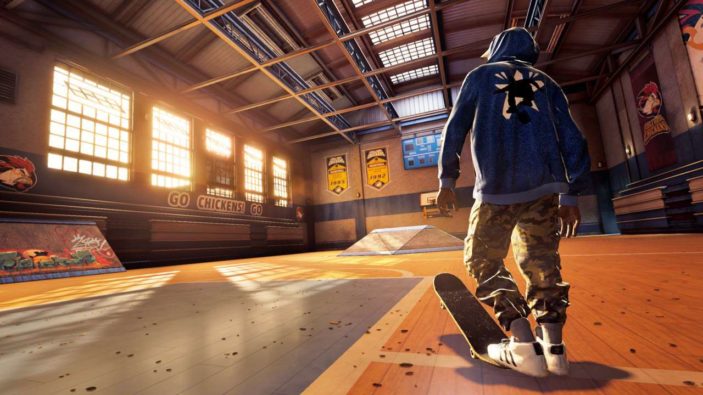 The first thing you’ll notice about THPS 1+2 is how good it feels to play. The stiff controls of Tony Hawk’s Pro Skater 5 (which we will not reference again in this review for obvious reasons; it sucks) have vanished, instead opting for the feel and mechanics of the originals. Sure, animations most definitely look smoother, and the overall polish of the experience adds an impressive layer of texture and lighting to each map, but the controls themselves have remained very much in tact, a true testament to the solid foundations laid all the way back in 1999. It really is a difficult feeling to describe, which begs the question; has THPS always felt this good, or am I playing something entirely different? It is most definitely the former. Tricks feel fluid and responsive, with flips, grabs and nose tricks all confined to a specific face button, utilising the addition of directional based inputs. The fluidity that comes from this choice may not be the most authentic though; there’s just no way you could really pull off half the combos and tricks you would in THPS 1+2, but that was never the intention. The crazy nature of these tricks brought a new element to skateboarding culture, allowing gamers to join thousands of skaters at the time who felt the same kind of satisfaction from real skateboarding. It’s just nice to see that the series hasn’t forgotten its roots, prioritising what it takes to make a fun game, rather than a purely authentic experience.

But when it comes to recreating the original two titles THPS 1+2 is nothing short authentic. All your favourite parks have returned.  From the warehouse, to the Mall, the School, Venice and the Hangar, it’s all here and just how you remembered it. While small liberties have been taken to flesh out some of the maps, such as added textures and small extensions to some maps, fans of the originals will have no problem adapting to this selection, as each park boasts an incredible amount of opportunities for tricks and combinations. I personally love the old Warehouse purely for nostalgic value, but I forgot just how good some of the streamlined maps like the Mall were, adding a layer of variety to the roster.

THPS 1+2 features an incredibly similar, if slightly streamlined structure of the original 2 games. Parks are now segmented into THPS 1 and THPS 2, giving players a chance to complete your standard list of objectives, including high scores, collecting S-K-A-T-E letters, and locating the iconic secret tape. I must admit, I am slightly disappointed that THPS 1+2 didn’t take the opportunity to some brand new objectives; I mean, it’s so faithful to the originals that all the collectibles have remained in their exact places. But I can also salute the fact that each list of objectives actively encourages you to scope out the map and explore every single nook and cranny, as you soak up all the nostalgia in the process. 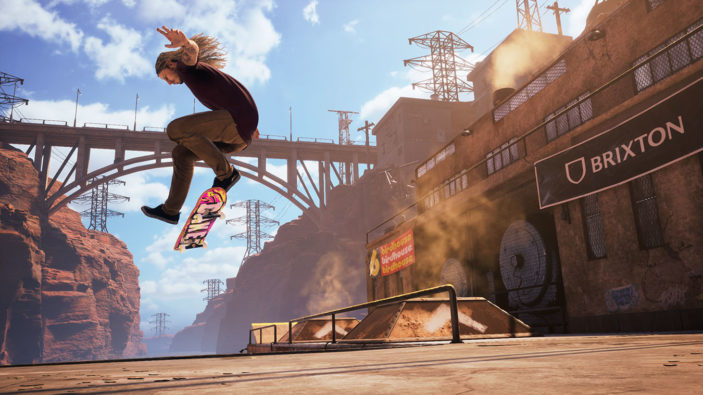 Much like the parks, classic skaters have returned, amongst a few new faces. Current skaters including Nyjah Huston, Leo Baker, Leticia Bufoni, and even Tony Hawk’s son, Riley Hawk all add a fresh layer of variety, in addition to fan favourites, including Tony himself, Chad Muska and Steve Caballero, who have all aged appropriately. It’s a weird feeling seeing these older versions of such nostalgic figures, but it’s an addition that charmed the hell out of me, albeit leaving me with a melancholy vibe, as I realised these legends weren’t getting any younger. On a brighter note however, THPS 1+2’s soundtrack is absolutely on point, simply because it carries across all of the original goodies from artists like Suicidal Tendencies, Rage Against the Machine, Anthrax, Dead Kennedys, Fu Manchu, and the list goes on. But the inclusion of songs from 37 new artists like Machine Gun Kelly, Skepta and Chick Norris, most of which fit seamlessly in between each of the returning tracks.

Additional aspects culminate on what can only be described as the cherry on top. Fully customisable characters with the ability to create your own, a truck load of customisable options, from boards, to clothes, to trucks, to grip tape, I digress. A multiplayer mode allows you to skate in various parks with up to six friends, competing for the best score in two modes; Jams and Competitive, both of which allow for various activities such as Tag and H-O-R-S-E. While I feel this mode never really proved necessary given the lack of any real progression or longevity, the ability to create parks can be shared online and with friends, paving the way for an incredibly bright future if current maps are anything to go by. Top it all off with a complete absence of micro-transactions, in which everything can be unlocked and earned in-game, and I’m a very happy camper. 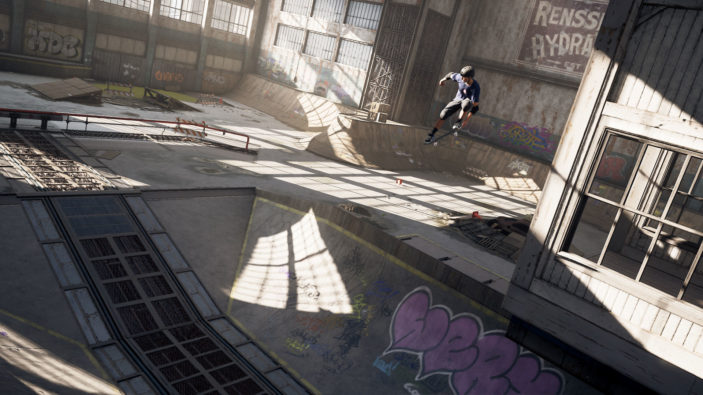 THPS 1+2 has provided some of the most nostalgic fun of this generation for me personally, and without a doubt stands as the king of skating games, particularly on this platform. I can appreciate the authenticity of something like Skater XL and the mechanics of something like EA’s Skate, but none have masterfully blended what it means to a fun game, all while mimicking the exhilaration of skateboarding. This is nostalgia cranked up to 11, and honestly, I wouldn’t have it any other way.