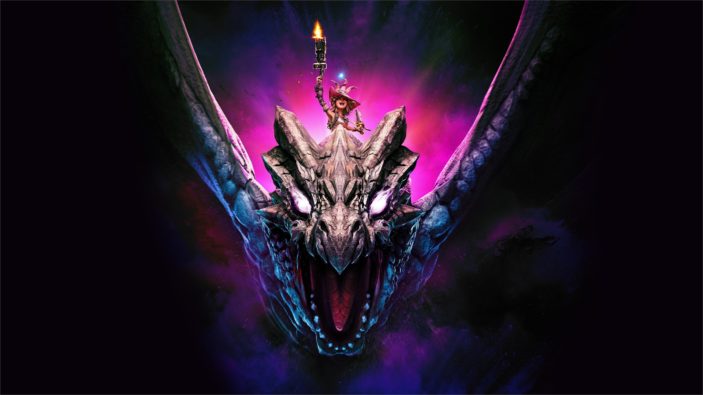 A Land Beyond the Tabletop

The first thing you’ll notice about Tiny Tina’s Wonderlands is its art style. Gone are the dusty, post-apocalyptic landscapes of previous games, in place of lush, green forest, ominous caves, and distant castles. The premise itself is one stooped in tabletop RPG lore, as the titular thirteen-year-old governs the board, responsible for your progress through these fantastical lands. Our time with this early build was spent wandering through the Mount Craw zone, an optional area within the game. While the main game will feature six classes we got the chance to try out two distinct classes, in The Graveborn and Stabbomanver classes. The Graveborn class focuses on unleashing a range of dark magic attacks at the cost of your health, while the Stabbomancer highlights melee combat with a whirlwind of bladed attacks. 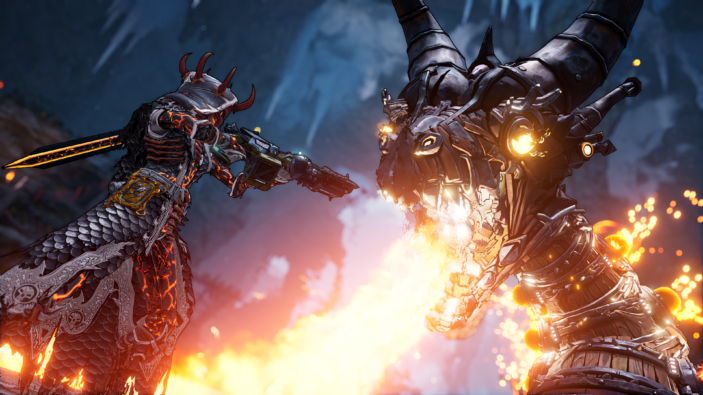 A Looting and Shooting We Will Go

Thankfully, combat in Tiny Tina’s Wonderlands feels as solid as it has ever been. You’ll wield and find so many weapons it can make your head spin, but this time around, players can utilise spells, in place of specific character abilities. These spells can be used at will, and while they account for damaging effects, can be reused upon cooldown. Unlike your previous equipment which would need to be replenished, the fact that these spells even cool down in the first place encourages a sense of variety in combat, given they’re never out of action for long. I found myself throwing spells to the point that combat almost felt different, even fresh in a weird way.

Given Borderlands has always been primarily focused on shooting (and looting), it’s nice to see that the shooting component has been given an additional layer of variety. Visually speaking, however, these spells steal the show. Each spell is unique and engaging, be it freezing enemies from a distance or raining down a small meteor on your enemies. Everything clearly lends itself to a bright and exotic art style that feels like a natural progression for the series, and a fitting tone for the character of Tiny Tina in both tone and scope. The game constantly reminds you that that is her world; you’re just playing in it.

The weapons themselves look, feel and function like regular firearms, but with an added emphasis on the aforementioned spells and an added layer of melee combat. Fittingly enough, you’ll now get the chance to wield and swing almost as many swords, axes, hammers, and spears as you would firearms, encouraging players to get up close and personal with a number of goblins, trolls, and dragons. Given the ridiculous assortment and selection of weapons that are sure to come with the full release, gunplay felt incredibly reassuring, in that the functional mechanics and satisfying gameplay loop will most likely deepen in the coming weeks. 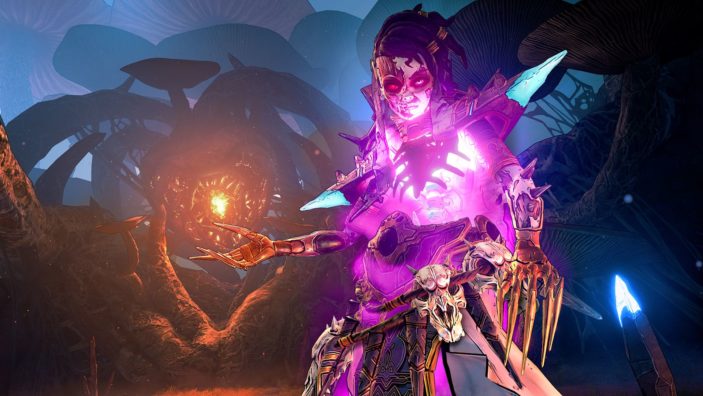 Throughout my time with Tiny Tina’s Wonderlands, I was glad to see that Borderlands’ strong roots in humour and self-awareness had not been lost on this spinoff. Time and time again, characters will quip after kills, banter with each other, and do their best to add levity to each situation and encounter. While they add a certain level of comedy to the mix, I’m eager to see this blend with the variety of quests and plot threads. This particular build highlighted a certain level of fetch quests, mini-bosses, and frantic battles alike, but I would love to see just how this spinoff will incorporate larger sequences and an engaging narrative upon release.

Tiny Tina’s Wonderlands felt familiar thanks to its solid combat and looting, but incredibly fresh thanks to its new aesthetic and implementation of spells. We’ve been promised a world beyond the Borderlands, and for the most part, our time with this preview build has allowed this statement to ring true. While I feel as though this spinoff is yet to reinvent the formula, fans can take solace in the fact that the franchise has returned with an added sense of vibrancy, comedy, and a light-hearted tone that is sure to make the famous looting and shooting landscape one we can look forward to returning to.