The Division 2: Warlords of New York: Back to Where it All Began

The Division 2 launched to critical acclaim, and for good reason. Everything had been altered, lifted and improved, and as a result, held me in its grasp for longer than I’d like to admit. But a few months later, I had left The Division 2 behind. Small incremental updates failed to shake up the formula in any meaningful way, and while expansions were promised, I wasn’t satisfied. That is, until now. The Warlords of New York expansion is incredibly refreshing and varied, and while its story isn’t particularly engaging on a consistent basis, the city of New York feels fully realised and utilised to great effect. This might not be The Division 3, but it’s definitely more than the Division 2 was at launch. Toto, I don’t think we’re in Washington D.C. anymore.

Warlords of New York begins as your agent is summoned to the titular city on a mission to locate and take down rogue Division agent Aaron Keener, the antagonist from the first game, along with his band of warlords. The initial set-up was fantastic, with the first hour or so of the game providing some high stakes for the rest of the narrative to follow. The six or so hour campaign sees you scouring lower Manhattan, tasked with taking down each of Keener’s four warlords in any order you see fit. Theo Parnell, James Dragov, Vivian Conley and Javier Kajika all make for interesting boss fights, adding their own flavour to the gameplay loop, which I’ll touch on later. This free-from approach to storytelling works in the sense that your ability to explore New York is less linear than ever before, but as a result, Warlords of New York ends up feeling like more of an inverted story sandwich by the time your’e done, meaning the best bits are on the top and bottom rather than the middle.

However, if we’re looking at Warlords of New York as a complete sandwich, the middle holds its own weight too. As you can imagine, most of the middle involves shooting bad guys. Just in case you forgot (as I almost did), Warlords of New York immediately reminds you that this is some of the best third person action you can mop up in today’s gaming landscape, with punchy and responsive controls, and ever so satisfying gunplay. While enemies unfortunately do become bullet-sponges later on in the experience, I also personally feel is inevitable within games of this nature. This never impacted the main story but more so the endgame, especially when experienced on very hard and legendary difficulties. Thankfully, if players are jumping in for the first time, they are not required to grind until level 30, and can instead create a new player set at level 30 along with an array of adequate weapons for the job. It’s not all shooting and looting however. Warlords of New York throws in a few light puzzle solving elements that place themselves in the way of valuable items and collectibles. Each confrontation with a warlord also adds a small but unique mechanic, forcing you to get a little creative, rather than unloading every bullet you have on a single body. Whether taking down James Dragov’s heavy armour with a heated mini-gun, or dispatching one of Theo Parnell’s many decoys, I appreciated these touches for the sake of variety. To add to this, your agent will take on abilities from each rogue agent once they are defeated, expanding your arsenal and general combat in the process. 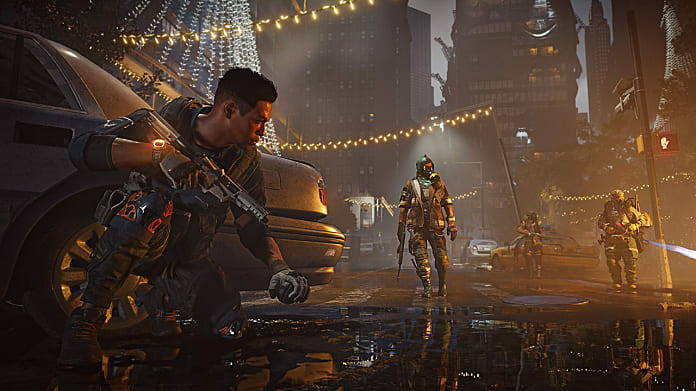 In terms of progression, entering the expansion at level 30 feels natural and intuitive, given all enemies will scale with you. While main enemies tend to go down relatively quickly, bosses and armoured enemies can unfortunately never be bested in due time regardless of your level, gear or weaponry. The level cap has now been lifted to 40, but most players can expect to hit this relatively quickly, with an even balance of side and main missions getting you to the cap conveniently as the story wraps up. Even if you power through the story like I did, you’ll find side missions and random encounters are abundant, getting you to the cap in no time. Weapons are a little cheap, particularly towards the end of the experience, as I found most weapons I had tracked down at an earlier level proved just as worthy. In contrast, each nifty piece of equipment recovered after defeating each warlord keeps thing fresh, particularly since you acquire each of them every couple hours, provided your’e playing through the campaign.

The real highlight of the expansion however is the city itself. New York is familiar enough to draw fans of the original back in, and while the map is technically smaller, I dare say it’s twice as detailed. Taking place the summer after the main Washington D.C. campaign, New York is now sunny and well-lit. But it’s no cake walk, as destroyed streets leave with you with an ominous feeling that never lets up. The streets themselves are much tighter than the parks and landmarks of Washington D.C., leaving the combat feeling claustrophobic yet focused and tense. the Devil is in the details, and for this reason alone, you wouldn’t be blamed for thinking this version of New York would suffice for a true standalone experience. 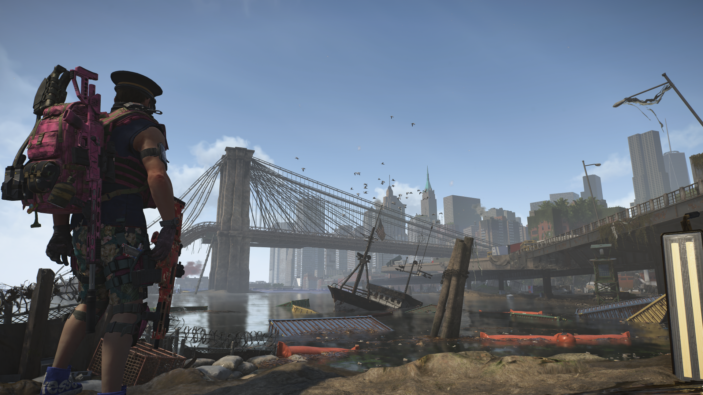 Overall, The Division 2: Warlords of New York is an incredibly worthy addition to an already polished experience, and one worth sticking around for. Sure the story is a little thin and short around the edges, but the city of New York feels incredibly dense and detailed, adding to the focus of combat and exploration. Gunplay is as good as ever, and while improvements in this field are minute, combat has remained relevant and strong enough to carry the experience the entire way through. Fans of the franchise should most definitely jump back into this world, and at the end of the day, an Agent’s work is never done. Let’s take this thing back to where it all began; and revel in it.