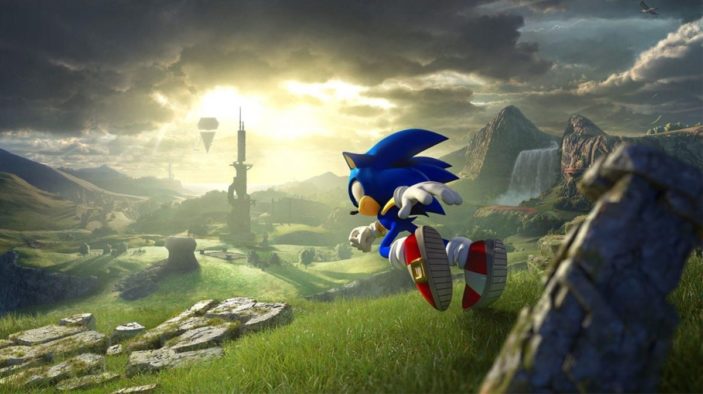 The big blue blur is having the time of his life in 2022, thanks to an incredibly successful film sequel. So with the Sonic series reaching an all-time high in recent years, developer Sonic Team has decided to completely re-invent the wheel by taking him out of his traditional 2D side-scrolling adventure, instead opting for the Super Mario Odyssey route with an open world filled with challenges, trials and native creatures who need his help. While this is a giant leap forward for both Sonic and the series as a whole, a few kinks still need some ironing, mainly for a smoother experience. It is however a fantastic start to bringing the Sonic games to modern day, all while pulling them out of whatever direction Sonic Forces was going for. If you’re looking to rip it around some islands as Sonic along with some fresh new abilities, you’re in the right place.

Sonic wakes up on a deserted island after being sucked into a weird portal created by the nefarious Eggman. The premise is admittedly loose, but with the island offering some secrets to uncover, you can safely go into this not knowing too much about what is going on; the more you churn through various missions, the more the plot reveals itself. It’s a shame that the details are not overly important, even if the main purpose of the game is to unlock the secrets of the Island and inadvertently discover why Eggman’s old equipment is laying around. If that wasn’t enough, Sonic’s friends are trapped in a digital black hole and must be freed by doing certain missions and collecting character tokens. It’s here where I wish Sonic Frontiers gained some traction, in telling a story with a little more focus, as the game seems content with allowing you to browse its environments without any real direction or endgame. You’ll run across the Island through Open Zones in which you can access boss battles, play warped versions of classic Sonic levels through portals to collect a ton of objects and of course rings. Once you reach the end of a level, you’ll get the chance to replay and try and beat your score so you can improve your ranking. Each Open Zone is both easily visible once discovered, even if most of the pa is initially covered in fog. That being said, it immediately encourages exploration, as the lack of any linear narrative rarely keeps you from these newer areas. This in turn unlocks icons, ensuring you are never short of things to do. It will also help you find the collectibles needed to free your friends from their digital prisons.

Visually this game feels leaps and bounds ahead of anything that Sonic Team have produced before. The character designs are in keeping with Sonic’s distinct style, while an added layer of polish is evident, particularly on next-gen systems. The Islands are well designed and combine jaggy, Death Stranding style mountain landscapes with rails for sliding, boxes for smashing and directional speed boosts. While this part of the game looks amazing, the boss battles are less than ideal. Their clunky and awkward designs make them feel extremely out of place against this natural backdrop. Another issue comes in relation to Sonic’s speed; the game can’t seem to keep up once you get Sonic on a roll running, spinning and sliding, suffering massive and frequent texture pop-ins. You can be grinding on a rail one second and boom, an enemy pops in front of you. You can be climbing a tower with a timer and boxes will suddenly appear in your path, hindering your progress. It always happened at the most infuriating time and only got worse the more I played. There are two modes to choose from, including a 60FPS performance mode and a 4K HDR Quality mode. Do yourself a favour and choose performance mode every single time.

One of the best things about Sonic as a character is the levels of speed and accuracy you can chain together to create some truly intense action sequences. Unfortunately, Sonic Frontiers lacks the ability for precise movement. This becomes apparent in the boss battles as you hone in on the weak points of the enemy, only to have them move or a pop-in throws you off and your killer move ends up losing your rings. This only intensifies as you try to figure out how to get past these barriers, you can see the game is trying to be clever in the way it is attempting to show a different kind of boss in a Sonic game, regrettably not supported by Sonic’s lack of precision aiming. Some may find this “challenging” however it just came off as irritating. 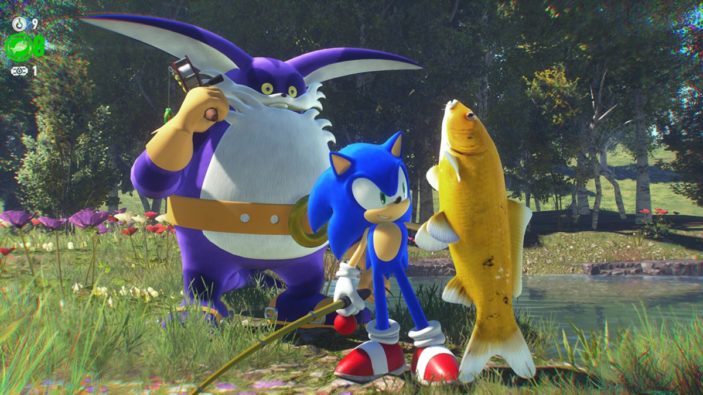 If mini-games are more your thing, there are a bunch on offer here, mainly via helping an indigenous creature called Kocos, that are scattered throughout the islands. By far the most puzzling is the fishing game; yes we have fishing now. If you turn your brain off and just go with it, Sonic Frontiers is a wild adventure full of random things that when put together don’t make a lot of sense, but feel relatively satisfying to blaze through. However when Sonic is at the peak of his popularity in movies, tv shows and pop culture in general, mixing up the formula can sometimes prove best. While not everything here works, it’s only really a bunch of random gameplay kinks and performance issues which hold it back from being something great.

Sonic Frontiers does a fantastic job at moving the blue blur into the next-gen era with gorgeous graphics and an open-world concept that fits into the current gaming climate. The world still feels Sonic-esque despite the complete change in environments and as you go through the different open zones and levels, even if Sonic feels less alien. The controls do take a little bit to get used to, but when you do you can eventually get a great rhythm going, Sonic fans will be rejoicing everywhere that a truly innovative and classic 3D Sonic game finally exists.

Review conducted on PlayStation 5 with a release code provided by the publisher.