If this generation has been missing a particular genre of note, it’s most definitely skateboarding games. You might find it hard to believe, but there was a time when these games ruled supreme, and Tony Hawk was a household name. The Tony Hawk’s Pro Skater series has remained dormant as of late (we don’t speak of Tony Hawk’s Pro Skater 5), and it is with that, that developers Easy Day Studios takes to the genre with Skater XL. Upon first glance, Skater XL presents an interesting control scheme, engaging physics based tricks, and a steep learning curve that encourages even the most hardcore skateboarding fans to sink their teeth in and hold on tight. That being said, there are unfortunately a number of elements holding Skater XL back from true success, and while some may choose to stay and grind their way around all the rails and ramps, most will turn away looking for a more simplistic system that rewards the player in unique ways. 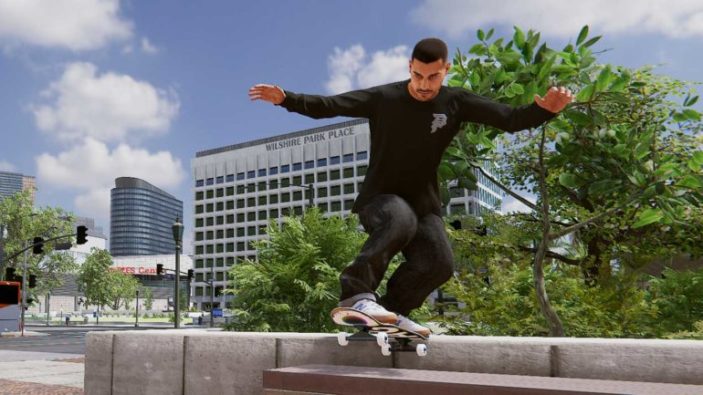 Much of Skater XL’s draw comes from the fact that it’s presenting players with a more simulated experience, straying away from the arcade-filled antics of yesteryear. Gone are the over the top tricks, crazy art-styles and multiple modes. In that respect, Skater XL relies heavily on its physics based mechanics, encouraging players to cruise around various open world maps with a more therapeutic experience in mind. 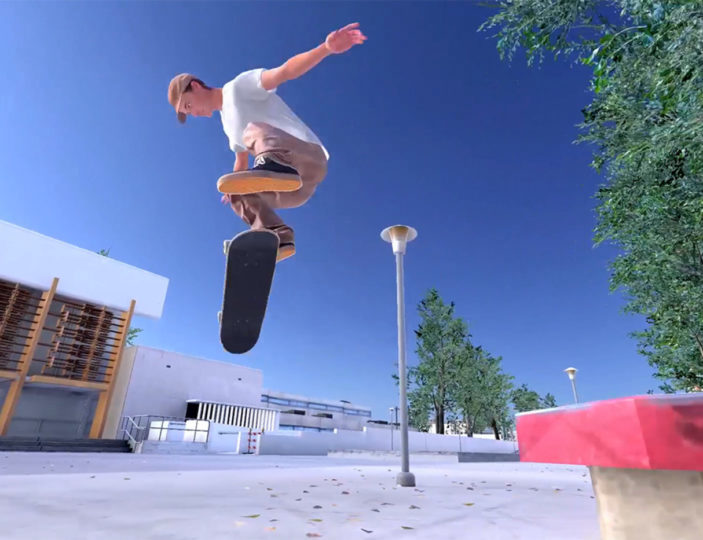 Skater XL’s mechanics stand as its strongest asset, blending said physics based mechanics with a dual stick system that mimics each skater’s foot, and stands alone as one of the most unique control schemes I have ever experienced in a skateboarding game. On the surface, Skater XL’s gameplay holds more in common with the Skate series, which also utilises the analogue sticks for advanced tricks and manoeuvres. Players control their skaters with each analogue stick representing the left and right foot, while using the left and right triggers to turn. It sounds strange, and believe me at first, it is, but I soon found a groove in learning some of the more simplistic tricks including as ollies and kick flips. Skater XL’s learning curve bears a large resemblance to that of learning an instrument. On first glance, it’s foreign and intimidating but as your learn specific moves, patience is rewarded and the build up to mastering advanced tricks feels like campaign all of its own. Flicking both sticks at the same time yield some impressively accurate (and sometimes hilarious) results, as each trick feels weighty and grounded, thanks to its accompanied physics system. If tricks weren’t hard enough to learn, players must time the trick with an added sense of care, as the board must be released and caught outside the confines of a pre rendered animation. It’s almost too hard to accurately encapsulate in words, but Skater XL’s gameplay remains tight, varied and satisfying, particularly when you’ve invested a decent amount of time into it; much like real skating.

On the downside however, one of Skater XL’s strongest features is also one of its biggest flaws. Simple button combinations are thrown out the window in favour of something that looks and feels better, but satisfying and functional gameplay aside, there is indeed a steep learning curve to overcome here. The game features an in depth tutorial mode that takes you through each and every trick it has to offer, showing you how it’s done, and then immediately letting you make a fool of yourself. Some of the more advanced tricks were so hard to pull off on the first few tries, I swore to myself that I would never complete them, instead opting to move on to something a little easier. When tricks require both sticks to be turned in a certain direction, both triggers to be used to turn the board, and both shoulder/bumper buttons to grab the board all at the same time; only to focus on landing the trick at the right moment, make for an incredibly frustrating experience for newcomers and intermediate players alike. Given so much is going on at once, the game lacks a fluidity that fails to reveal itself until you’ve proved you’re in this for the long run. 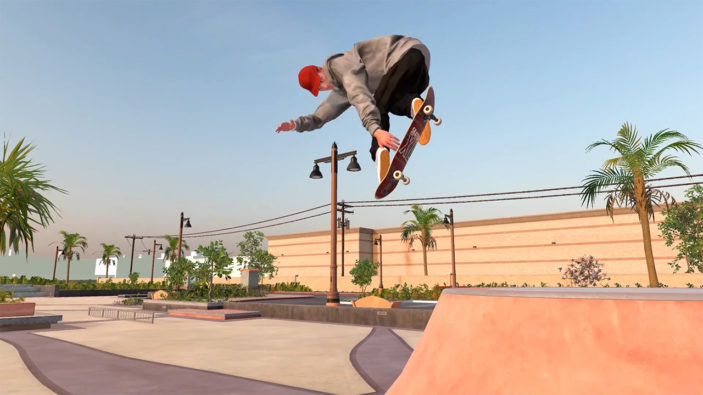 The long run however, is also niche, given Skater XL lacks any concrete game modes. Skating is the aim of the game. No story, time trial or collectible errands to run. It is with this omission that Skater XL will lose most of the casual fans, as the core mechanics carry much of the weight here. I can’t say it’s completely shallow however, as the five core maps feature multiple open city bocks worth of roads, rails, ramps and steps for you to mess about on. Whether it’s the city square that mimics downtown L.A. or the huge ramp in the middle of the desert, players will find that Skater XL at least offers a wide range of options to skate on and around. Customisation is also here, and while it’s not incredibly deep, some big brands do make an appearance, such as Santa Cruze, Dickies, New Balance and Element. I can definitely appreciate the sense of authenticity this creates, as it extends to your board, clothes and character.

With five core maps at launch, Skater XL also features mod support, allowing PC users to create new maps, many of which are certified and carried over for console users to enjoy. This feature is most definitely a welcome addition, but it’s clear that developer Easy Day Studios, while encouraging creativity, are also heavily relying on it for the sake of depth and variety. 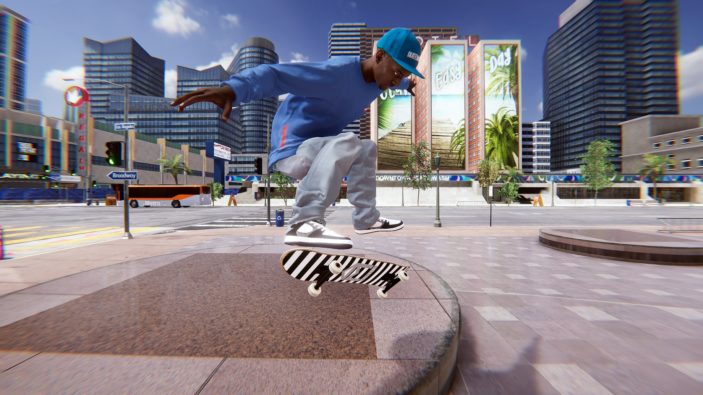 Overall, Skater XL provides some of the most interesting fun I’ve had in a skateboarding game in quite some time. But I would also be lying if I said it wasn’t held back by some baffling omissions. The lack of modes and challenges means that only the mechanics and core gameplay remain; and if you can’t catch onto the steep learning curve, you’re more than likely to be feeling like you’ve been left in the dust. The gameplay is engaging, and when mastered, incredibly satisfying, but I felt as though this gameplay loop couldn’t sustain its own ambition. There’s still a fair bit to love though; but for a market that’s been missing a skateboarding game for this long, I’m not sure it’s the saving grace we might of hoped it would be.