Saints Row: The Third Holds Up On Switch, But the Sleaze Doesn’t

Gaming was a whole other world in 2011. Skyrim, Arkham City, Portal 2 and Dark Souls had arrived, changing the face of games as we know it. Open worlds were in vogue, indies were out, killing was cool and games were only for ‘true’ gamers. Saints Row: The Third was released in this strange hyper-masculine era, and became an immediate success.

It was GTA for the weirdos, a hybrid mix between classic mafia tale and sci-fi action goodness. You shot rockets and fireballs, guns and gooey molluscs – and there were girls. Lots of girls. 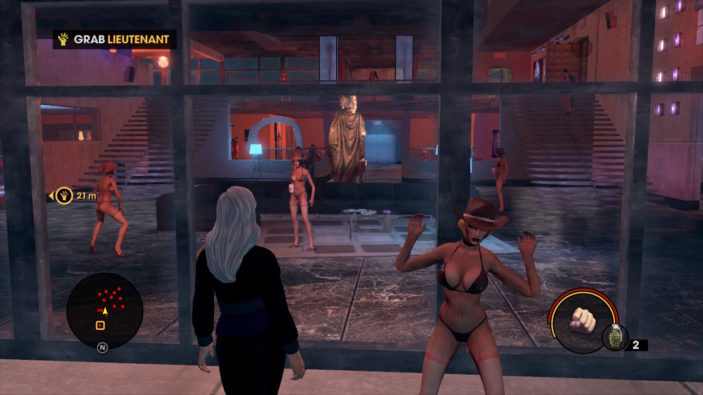 The thing about Saints Row: The Third is that it’s a great game. It’s an absurdly written criminal drama with plenty of style and a polished open world. It weaves a tale of friendship and camaraderie throughout all its senseless killing, and by the end, you’ll feel like you’ve really gone on a journey.

Saints Row: The Third – The Full Package, collecting the original game and all the DLC, is out now on Nintendo Switch – the most wholesome console on the market. The port is great, and while it’s clear it is a game from 2011, it holds up well. Shooting can be finicky with no locked-on guidance system and sensitive joycon triggers, and the game doesn’t upscale well in docked mode, but it’s a solid port all the same.

It’s absolutely a game from 2011, though – and it will remind you, frequently. The first thing you’ll notice when you boot up Saints Row The Third is the lovingly named ‘Whored Mode,’ where you’ll take on wave-after-wave of scantily-clad women, pimps and other delightful members of the Saints’ cast. See, women in the game are either one of the Saints, or they’re whores. 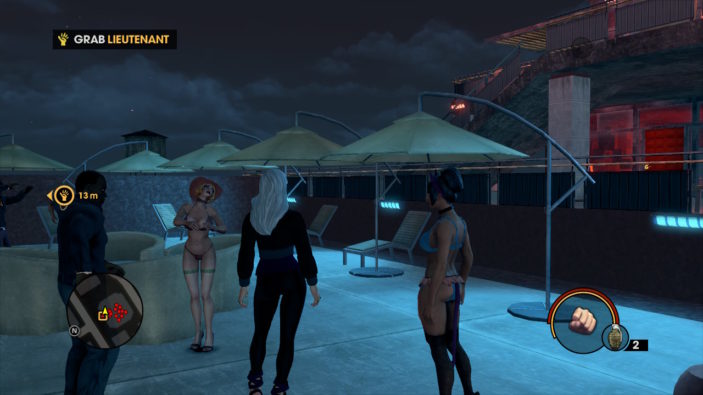 While there’s a smattering of women taking up other roles, the opening chapters lean heavily on the ‘whore’ archetype, having you mow down waves of women flaunting their stuff in sexy lingerie. Which would be fine, if the men were presented in equally smutty fashion, but this depiction is rare.

While the game does take a tongue-in-cheek approach to sex and humour, tasteless is as tasteless does, and Saints Row: The Third left a bitter taste in my mouth. Around every second corner, you’ll find a brothel or sex shop, and the city is littered with collectible sex dolls. 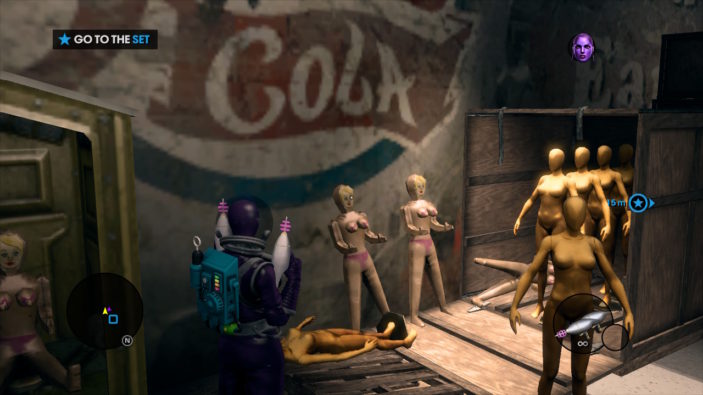 Even playing the game as a female Boss is a wild ride, because dialogue options are clearly written and geared towards a male player character. In one horde encounter, a female enemy screamed, “You’re going to get beaten by a girl!” as a goading taunt. Being a female Boss, the taunt fell on deaf ears, and felt fairly out of place.

As you roam through the streets of Saints Row, you’ll encounter literal hoards of enemies, many of them women in corsets, fishnets and high heels, all the practical tools of Dangerous Women™. And they really are a horde, with nary a brain cell or personality between them all. In 2019, returning to the Saints Row franchise is a wild and confusing choice. 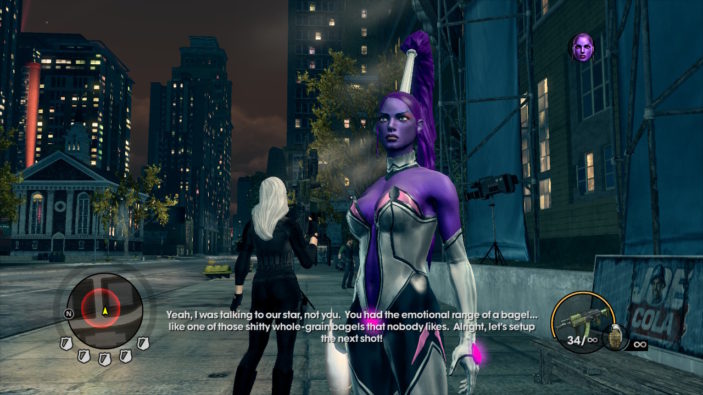 The most frustrating part of it all is that Saints Row: The Third is a great game. It’s fun, well-designed and written, and features a cast of (mostly) wonderful characters. It had me hooked for hours, but I couldn’t help the creeping sensation that a game like this would never have been made today. If you like a helping of sleaze and sexism with your Switch, then Saints Row: The Third is the game for you.

Saints Row: The Third – The Full Package is available now for Nintendo Switch.

This feature was brought to you using a review code provided by the publisher.