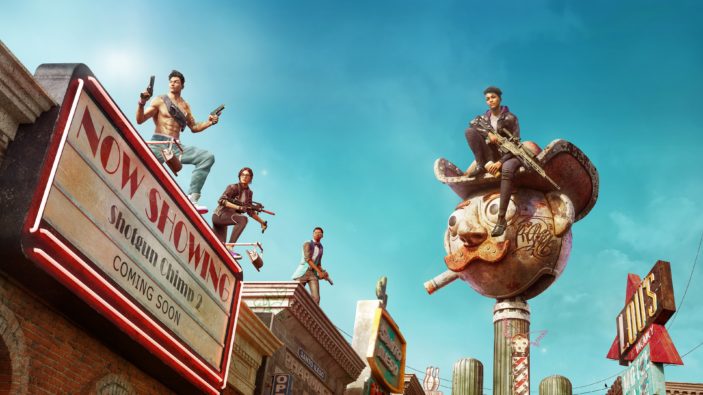 Saints Row is back after a seven year hiatus, opting for a soft reboot of the series which aims to retain all the things fans love about the games, all while bringing it to a new generation of fans and consoles. Complete with some impressive graphics and a wide array of customisation options, Saints Row winds the clock back to its crime origins, while still maintaining a high level of humour and open-world craziness that makes this game the perfect starting point for your first foray into the series or to rebuild your empire if you are a seasoned professional. Missions are bigger, crazier and more intense, with a scattering of additional content that is sure to make your head spin. Put simply, this might be the perfect way to become reacquainted with the Saints.

Back to the Drawing Board

Set in Santo Ileso, your character (fully customisable) is aiming to get involved with a gang called The Marshalls, a private police crew who really seem to blur the line between law enforcement and outright brutality and corruption. You start off with next to nothing; no money, no status and just three friends who are heavily involved in tech and ready to help your every whim. The opening levels are admittedly hilarious, as your character repeatedly puts their life on the line for the sake of rent. Things soon go awry when a rival gang known as The Idols, fix a plan to steal something of great importance from The Marshalls. As a result, the Marshalls blame you for the destruction of their base and theft of their property, leaving you to form your own gang and claim your place in Santo Ileso. 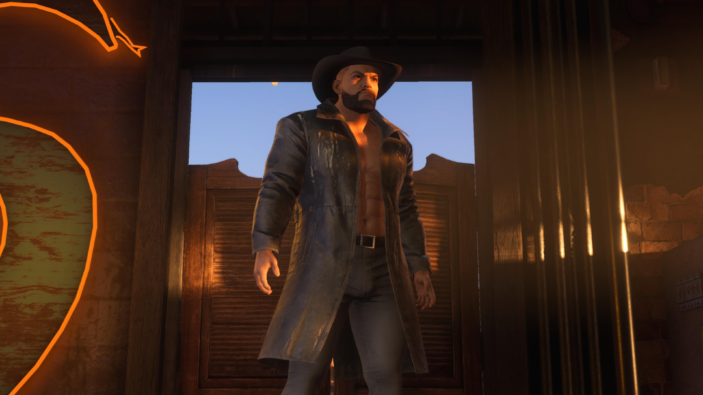 When you finally claim your base, an abandoned church in desperate need of a refurb, your goal is to move through the city recruiting new members to the Saints, generating passive income and purchasing weapons, upgrades, and clothing items along with increasing your reputation while fending off the other two gangs and increasing your influence. The cut scenes admittedly blend seamlessly from cinematics to gameplay, allowing for a smooth sense of immersion. In terms of the narrative itself, you’d be surprised to find that certain beats pack an emotional punch, making you care not only about your character but the other three members of the initial Saints, following on directly from your in-game actions.

Your City, Your Way

Navigating the city of Santo Ileso feels familiar, while the look and polish of the world have been vastly upgraded. Controlling your character, shooting weapons and driving cars feels very familiar to the previous instalments, which might throw off those who weren’t a fan of gameplay in the previous titles. That being said, fans of the series and of other games like Grand Theft Auto will appreciate the similarities in driving mechanics, which sometimes are fantastic, and in others when going off-road is notoriously difficult. The weapons you collect in the early hours of the game are quite basic, and although you can expand your roster by picking up whatever guns your enemies drop, you will need to visit different weapons gun stores across the city to be able to purchase and retain those weapons in your arsenal. Some work satisfyingly well, like shotguns and launchers for up-close encounters, while others like rifles and pistols manage to take down enemies with a single headshot. When you have explored each of the stores across the city, you can begin to build your arsenal to take down any type of enemy. Believe me, you’ll need to experiment when armoured enemies start taking a real punch. Thankfully, enemies rarely feel like bullet sponges and instead present a threat in numbers. In addition to this, there are skills you can equip which will give you advantages in health, ammo and recovery, among others. 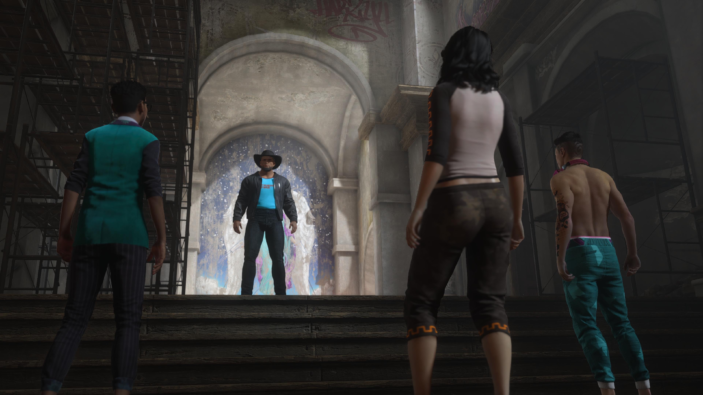 The main hub of the game stems from your mobile phone, where you access the map and various other apps which allows you to assign character skills, select and track missions and take on contracts to earn extra cash. The contacts app allows you to instantly contact anyone in your team to ride along with your recruits as you progress through the story. Upon unlocking the collectibles app, you’ll then be able travel around the city collecting items to decorate your base with. Given the soundtrack of previous Saints Row games have proven strong, you’ll be glad to know that the majority of featured songs and playlists are curated from licensed songs that are appropriately littered with various 90’s RNB and hip-hop songs you can assign to a playlist, which serves as the background music while you play. If that isn’t enough, you can also access various radio stations in your vehicles to unlock more songs to add to your repertoire.

Graphically the game delivers everything that was showcased in the trailers. The CGI cutscenes are nothing short of spectacular and incorporate every detail of the customised character that you design. The transition from general cinematic sequences scene to gameplay works really well and with zero loading times, jumping from cutscene to mission really showcased the power of the newer current-gen consoles. The game particularly shines when the sun is setting or rising with Ray-Tracing looking spectacular as you pan through the landscape. There are a variety of fidelity and performance different modes to choose from, should you want to prioritise resolution or frame rate. The 2160p 4K option setting is great to have for the sake of next-gen fidelity, even if the frame rate pays an incredible price. Thankfully, the 1440p High Framerate option offers fluid gameplay along with some consistently impressive textures and polish; even if I am still hoping for a patch to fix the 2160p 4K option in future.

Playing on the PS5, a lot of games are taking advantage of haptic feedback and dynamic controls with the DualSense controller. Astoundingly, Saints Row is not one of these games; in fact the rumbles are so minimal it feels like a definite afterthought. Hopefully there is a patch that will bring this into line with other games like Horizon Forbidden West and even Far Cry 6 to offer a more consistently immersive experience down the track. 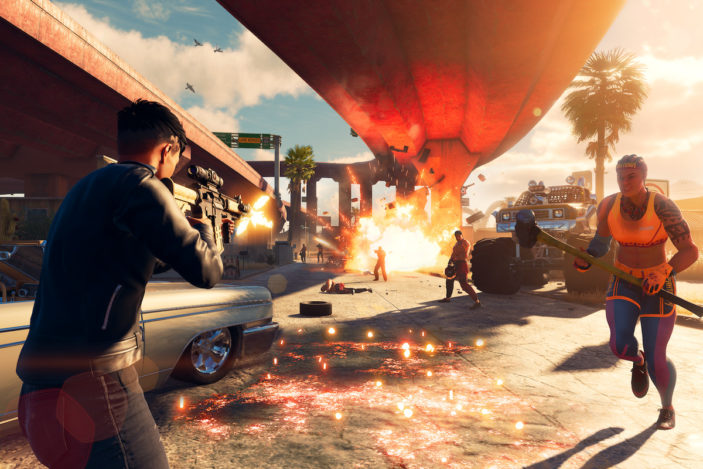 Saints Row may struggle to win you over with its intent to stick to the ways of old, when it comes to humour and general pace. Given a lack of next-gen features in terms of Dual Sense haptic feedback support and poor fidelity options, it manages to take the experience back to the drawing board in enough new and exciting ways to deliver a surprisingly emotional narrative will suck you into the world and fans old and new will be grateful that the Saints have indeed returned. Some of the missions will  ultimately feel repetitive in the early hours of the game, but once things get moving, both the story and map really opens up to deliver a memorable experience that is definitely worth checking out at least once.