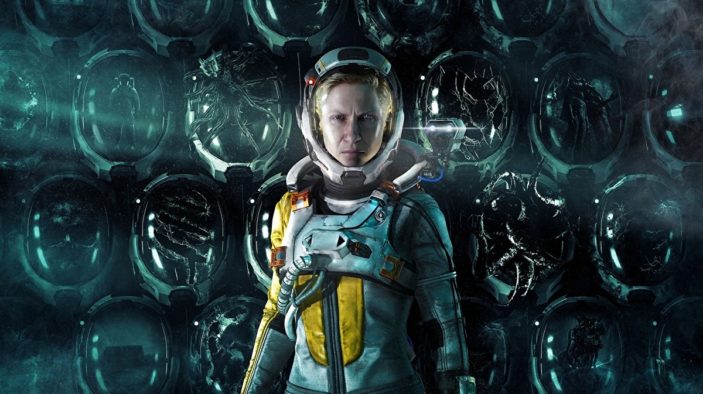 Returnal is, in many ways, the crowning achievement of Housemarque’s journey as a developer.

With recent entries standing out as shining examples, from the likes of Matterfall to Nex Machina, and the impeccable Resogun, it’s incredibly satisfying to see a challenging reflex-based rogue-like experience get the royal treatment. Fast-paced action meets a rogue-like structure in one the PlayStation 5’s best offerings to date.

Returnal is challenging, frustrating and downright chaotic at times, but when it all comes together, moments of glory ensue. The rogue-like approach is engaging at times, but does account for most of the games minor, yet repetitive issues. That being said, Returnal is a testament to the flexibility and capabilities of the console, the genre and the developer alike; a collaborative trinity to be admired.

“Toto, I have a feeling we’re not in Kansas anymore.”

Selene Vassos in is some serious trouble. The screen flashes, the ship’s warnings sound as it’s headed for a crash landing. Selene awakes, dazed and confused, heading outside to assess the situation.  And just like that, you’re off.

Stranded on the alien planet of Atropos, players assume control of Selene with a simple goal in mind; find out why you’re there, and figure out a way to get home.

Returnal’s rogue-like elements play well with the overall narrative and ultimate purpose. As Selene is killed, she soon wakes up to find herself back at the crash site, in which she must venture out and do it all again. Scouring through the multiple environments and levels, players will find corpses of previously fallen version of Selene, which contain various logs, adding context to the story. 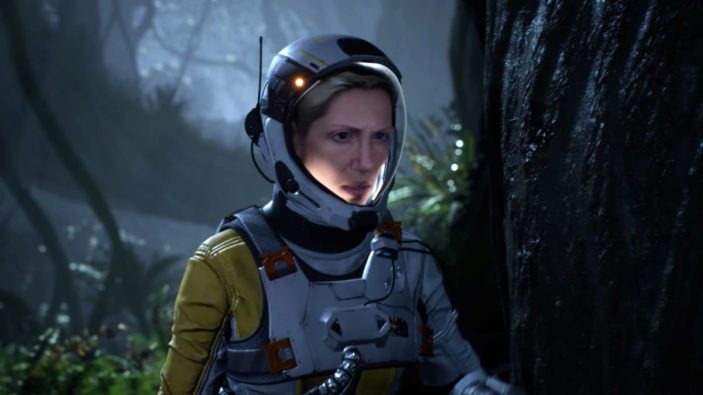 Beyond these logs, there is a definite, linear story being told, as you progress through Atropos. Initially an admittedly confusing tale, Returnal does find its pace toward the final act – even if the ambiguity and subjectivity of various themes and events leave a lot to be desired.

The repetitive aspect was initially engaging, with each death revealing new fragments of Selene’s purpose on this planet. Confusing imagery aside, certain first-person segments do a great job at revealing important information all from Selene’s perspective. I would be lying if I said I wasn’t given heartwarming P.T. vibes, but these more nuanced and calmer portions of the experience were memorable and satisfying in their own right.

Understandably, Returnal prides itself on its moment to moment action; and it is beyond brilliant. The third-person combat is fast-paced, satisfying, varied and consistent throughout the entire play-through, leaving me thirsty for more.

It’s no joke; the difficulty is indeed cranked to a maximum from the get-go, but thanks to Returnal’s functional controls and varied mechanics, encounters feel justified, with failed attempts yielding a lesson rather than an explanation. There certainly were times when I wanted to launch my DualSense through the wall, but I wasn’t mad at the game, more so questioning my own decision making as a result.

Boss fights carry with them the greatest challenge, as they must be defeated in three separate phases – far easier said than done. Even so, the experience is mesmerising both visually and mechanically, as you attempt to dodge and weave your way through a flurry of attacks in order to land the perfect shot and return the gesture. 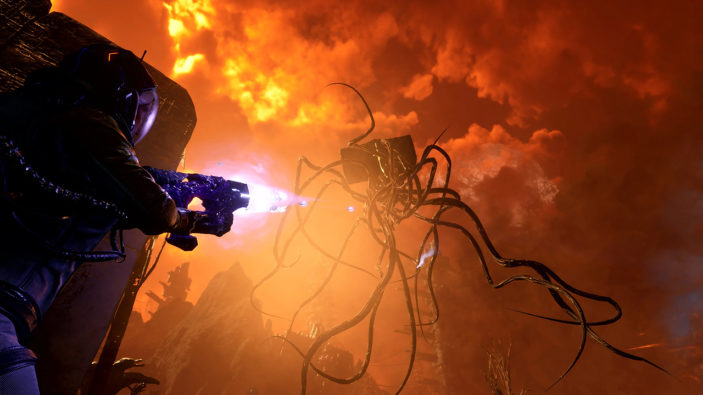 Weapons are unique and versatile, and abilities feel incredibly important, given the randomly generated aspect of the rogue-like structure. Ranging from pistols, to carbine rifles and grenade launchers, each with their own alternate fire, I can’t say I preferred a single weapon over another, but it’s unfortunate that certain weapons like the pistol, which Selene begins each run with, lose their effectiveness in the later portions of the game.

It’s also mildly annoying that weapons are randomly placed about the environment, encouraging you to seek out certain weapon chests, or scavenge a weapon dropped by a defeated foe. I can’t complain too much as every weapon does the job, each with an effective alternate fire, but when you have a favourite weapon like I did (the Tachyomatic Carbine), it’s frustrating when it’s nowhere to be found.

Powers and abilities unfortunately suffer the same fate. Certain abilities yield incredibly positive results, allowing the player to carry two at any given time. From additional health, to the ability to be revived with a small amount of health after being killed, some abilities become essential down the track. But given these are dropped randomly, some have no use in a particular situations, such as the ground-pound shock wave which damages enemies in all directions; which I always seemed to get when surrounded by aerial enemies.

Selene will also need to utilise Parasites, native octopus-like creatures which attach to her arm. These Parasites serve as Returnal’s perk system – with a catch. Each one boosts a particular trait, while hindering another, making each choice a daring win-lose situation based on what you value more.

As a PlayStation 5 exclusive, Housemarque have done a fantastic job at creating a polished and smooth-running experience. Thanks to 4K 60FPS with ray-tracing, light creeps in through forest branches, and colours objects pop with detail and clarity. The sound design is also something to be admired, with the slightest of sound closing in from all directions, topped off with a creepy synth soundtrack that never lets up.

The DualSense provides some incredible haptic feedback, from the pitter patter of the rain, to aiming down the sights. Pressing down the left trigger half way enables you to aim down your sights, but pushing a little harder enables your alternate fire. It’s nice to see the haptic triggers getting some actual mechanical purpose, further hinting that haptic feedback is here to stay. 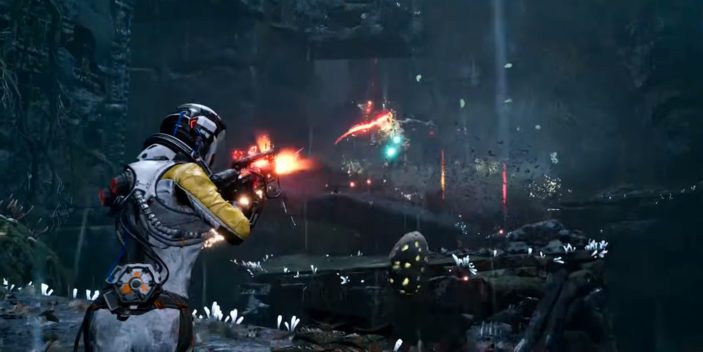 Overall, Returnal is stunning, and a blast to play through. Core combat mechanics are immaculate, and the addictive gameplay loop keeps you coming back for more. The story stumbles at times, but does pique interest in the final act, even if the ending is a little ambiguous.

Given this is Housemarque’s first try at something that weaves existing genres into a triple-A mould, it’s a mighty attempt. It may not grab everyone at first glance, but if you look a little deeper, there’s plenty to be gained from Returnal, given you have the patience to deal with the difficulty level.

Review conducted on Playstation 5 with a retail code provided by the publisher.