Return to Monkey Island Review: A Swashbuckling Return to Form 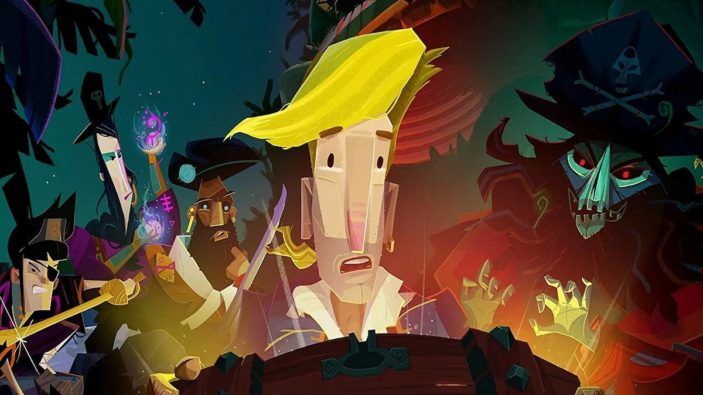 Ahoy Matey, welcome back! Developer LucasArts’ original point and click adventure games were a substantial part of my childhood, helping me discover my true love for games. While they may have gone out of style in recent years, otherwise replaced by the more contemporary Telltale -style games, remasters like Full Throttle and Day of the Tentacle have stayed true to the once nostalgic era that had shaped the video game landscape. Alas, a new title in the Monkey Island franchise is here to bring back all the feels from the point-and-click days of old in a new adventure delivering both solid laughs and an incredibly well-written story that’s infused with intriguing puzzles and mysteries to solve. The larger-than-life adventure in the Caribbean feels like it retains the spirit of the original games, all while infusing it with enough of an update both visually and mechanically, making it incredibly relevant when compared to modern alternatives.

A Pirate’s Life for Me

You play as Guybrush Threepwood, who tells his son the story of how he found the secret of Monkey Island. If this is your first foray into the series, you’ll have the ability to flip through a scrapbook re-telling of the previous games and their stories, so no one gets left behind. I enjoyed the major throwback to the original titles while updating the humour to reflect today’s audience. The change of pirates to a different modern breed of scoundrels and opportunists make for a more than great addition. The game’s opening moments place players in the shoes of two young boys, taking you throughout a beachside town as you learn the game’s controls and mechanics. As fans of the franchise have come to expect, you’ll be looking for and talking to the right person, asking the right questions and following various puzzles in order to progress. The level of difficulty in the puzzles depends on what you have chosen as your main difficulty level, but they never feel unnecessarily complex or time consuming. The casual difficulty contains little to no puzzles, and items will be handed to you freely, while the harder difficulties require additional steps for completion. This offers an excellent incentive for replay-ability for this title (if no DLC is released); depending on your player, makes for an experience that anyone can jump into. 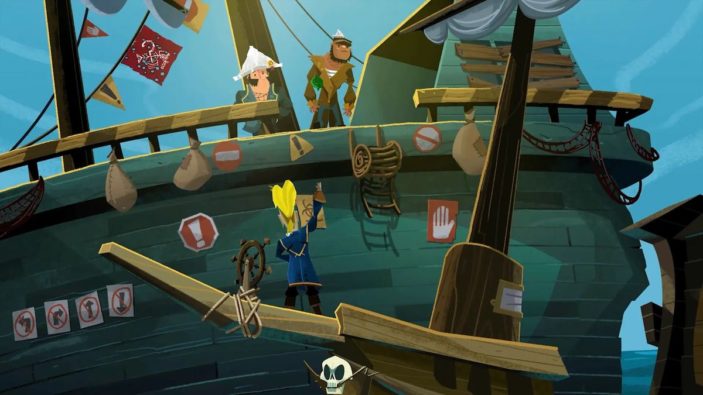 Veteran players will notice the much older Guybrush is much more confident, filled with charm, seen from various interactions with Le Chuck. As the story switches between the past and present day, it allows for the younger generation, including Boybrush and his friend Chuckie to possibly step into the shoes of what can only be considered our protagonists, should the franchise move forward with additional instalments. It’s also worth noting that the constant back and forth about the general morality of pirates and the complete loss of respect and stature for their positions admittedly says a lot about current views. A lot of this is also reflected in the closure of the pre-owned ship store belonging to Stan and the transformation of Elaine’s house into a pirate museum; constantly in the back of the player’s mind, that this world is a thing of the past.

The traditional art style of the Monkey Island games had arguably pioneered the pixel art style we love today. While recent releases have kept accurate to this original style, a 2D/3D blend upgrade for this title may have been difficult for fans of the original titles, even if it was otherwise essential to to freshen his instalment for a newer generation of consoles. I think it’s also important to note that the original art style came at the cost of the limitations of the technology, as opposed to the intentional choice the style is today. The good thing about using this particular art style on existing PCs is that the animated cut scenes flawlessly transition into gameplay without the need for pesky loading times. The attention to detail in every stage truly showcases the developers’ love and attention for this game. 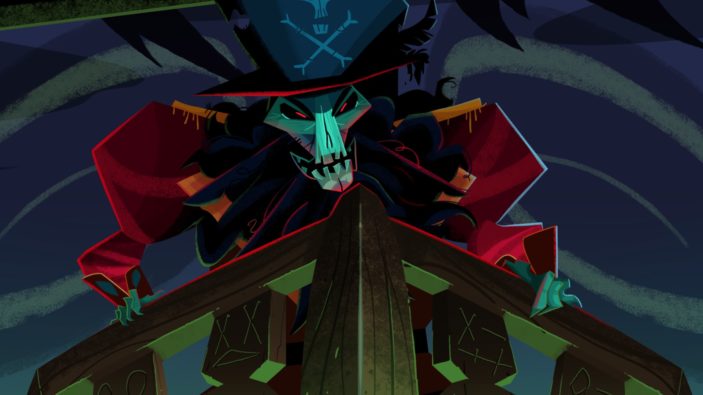 The three elements that are essential to make a LucasArts game consist of beautiful art, an engaging story and intriguing puzzles that offer a complete single-player experience that stays true to the original series, all while updating other aspects for an added sense of relevancy in 2022. Developers Ron Gilbert and Terrible Toybox have done a superb job of making all of this work through the guiding hand of director and original Monkey Island writer, Ron Gilbert. Return to Monkey Island delivers one of 2022’s best single-player experiences, serving as nothing less than a grand and epic instalment in this beloved series. Whether this is enough to keep the franchise going is in the hands of gamers is another story; if you love a solid single-player story-driven, puzzle infused adventure, this might be the perfect title for you.

Review conducted on PC with a pre-release code provided by the publisher.