My first few days with Project Cars 3 proved to be an incredibly polarising experience. I consider myself a true fan of racing sims, and while Project Cars 2 stands out as one of my favourites, Project Cars 3 does not; but not in the way you would think. It’s safe to say that Project Cars 3 succeeds in creating a functional yet gorgeous racer, with plenty of modes, fast paced progression and accurately recreated vehicles to enjoy. But to this day, I can’t shake the feeling that Project Cars 3 feels like less of a simulator and more like GRID’s reboot, or what can only be likened to an ‘advanced arcade experience’. Plenty of accessibility options make this racer one of the most diverse entires for hardcore and casual fans alike, but thanks to flimsier controls and bite-sized racing experiences, Project Cars 3 is far from the simulated thrill ride I hoped it would be.

Make no mistake, there’s a lot to like here, and the standard of quality that the Project Cars series has become known for has not been lost here. The first thing you’ll notice about Project Cars 3 is just how gorgeous it looks. This is without a doubt one of the most visually impressive experiences I’ve had with a racing game this generation. With just over 200 drivable cars at launch, each look incredibly accurate to their real world counterparts. Impressive lighting effects also illuminate slick paint jobs and accents to the point that you would swear you’re looking at a photo. And thanks to an abundance of tracks, both real and fictional, set across various locations and times of the day, there’s plenty of accompanying scenery to chew on. 24-hour weather effects only add to the immersion, whether it’s raining cats and dogs, giving your windscreen that murky shimmer, or the sun is radiating off the paint of your fresh yellow Lamborghini Aventador, it all looks great. 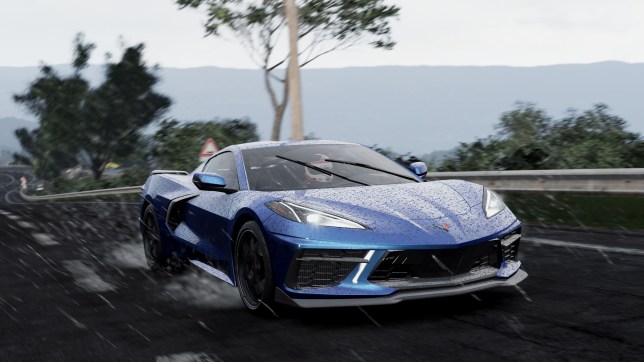 I feel as though this particular portion of the experience remained very much in tact. It may be simply due to the fact that we’re nearing the end of this current generation, but developer Slightly Mad Studios have outdone themselves on this front. Sound design is also strong here, with accurate interpretations of multiple vehicles, from the cracks and pops of an Skyline R34, to the grunt and screams of a beefier Chevrolet Corvette C8.

Unfortunately, gameplay is where a few of the cracks start to show. But once again, these cracks are only necessarily visible to a fan of the simulated racing experience. Vehicles still feel weighty and responsive, but this time around, Project Cars 3 feels a lot stickier. After ditching the rally-esque portion of Project Cars 2, leaving a number of tarmac tracks to race on, many of the vehicles display an unreal sense of grip. Tyres and handling aside, it’s clear that they have made this adjustment to cater to a wider player base, who may have been intimidated by Project Cars 2. 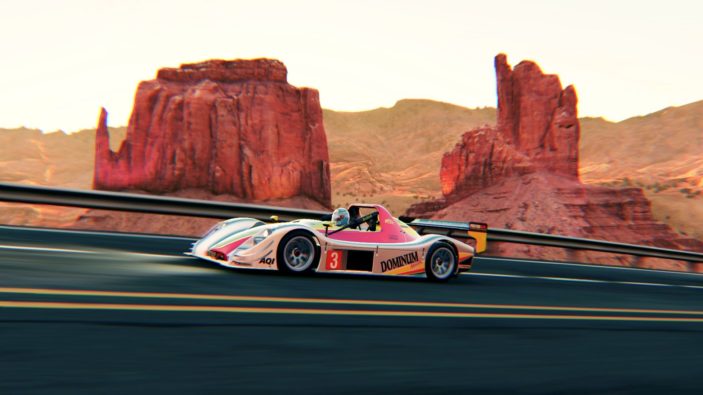 But in spite of this, Project Cars 3 sacrifices much of the interesting and interlocking mechanics that were at play in Project Cars 2. Weight distribution and precise handling were paired with throttle pressure to ensure that players were aware of all the dangers associated with pushing one of these aspects a little too far. In previous titles, I felt as though there was an obvious reason for many of my errors, as I could place my lack of braking with an overemphasis on handling a tight corner, that my Mustang’s heavy nature could simply not account for. This unforgiving approach encouraged a sense of strategy within the player, which ultimately created a learning curve that felt satisfying to master. Project Cars 3 still allows players to overshoot corners, but braking and turning feel a little too responsive, meaning that those hardcore fans can push their vehicles a little harder, with almost no consequence. As a result however, Project Cars 3 now feels better than ever on a controller, but feels as though it had to let go of too much in the process, only to experience somewhat of an identity crisis.

I Feel the Need… Wait, That’s Too Fast

Project Cars 3’s new modes and progression system seem to suffer the same fate. What was once a lengthy 10-tier journey through each vehicle class, filled with many feats of endurance and patience, has now boiled down to bite-sized races that last no longer than 5 minutes, which left me questioning whether or not this mode was ripped from some sort of cancelled mobile tie-in. Admittedly, this does liven up the pace of the once slower career mode, but in turn ushers in that repetitive feeling a lot sooner than intended. You’ll still get to race through each class, but events feels unnecessarily split into categories that feel like checklists more so important events.

Thankfully, Project Cars 3’s progression has benefited from this change of pace, rewarding you after every race for both overall effort and objective completion, such as mastering corners, or overlapping a certain number of opponents in a specified time frame. Levelling up grants players with currency, which can then be used to purchase and upgrade vehicles. Upgrading a vehicle comes in many forms, and while the process is simple, in which players spend their hard earned currency on various car parts such as tyres, exhausts and engines, cars can also be upgraded to the point where they jump tiers are no longer eligible to race in a certain series, as I learnt hard way with my beloved Honda Civic Type R. This is a first for the series, in which vehicles can be given total overhauls, both visually and in terms of performance. It’s tough to admit the many flaws of Project Cars 3, as for every annoyance, there seems to blossom an undeniably positive feature. Ultimately, the rinse and repeated cycle of the career modes has always been evident on some level, but when that cycle is shortened from 20 minutes to 5, repetition is all but inevitable.

While players can still create custom experiences for single races, these custom events and online modes remain largely in tact. However, the aptly named Rivals mode allows players to partake in weekly scheduled events to prove their dominance, which I’m sure many fans of Project Cars 2 will latch onto here more so than the career mode. I feel as though online modes will prevail in the long run simply due to the real life sense of competition, and comparable skill that comes with said competition. Without tweaks and adjustments to the AI in those single player modes, players will most likely trounce their opponents. Sure, difficulty choices are nice addition, as they bring with them a bunch of accessibility options, such braking and steering assists. But in a baffling turn of events, they fail to scale the AI in any meaningful ways.

There are so many things to love about Project Cars 3, based solely on it’s own merit, that both casual and hardcore fans alike could find something of value. But the main issue I have with Project Cars 3, is that it seems to have sold its soul in pursuit of universal acclaim. The end result, is mainly a positive one; I feel as though more players than ever before would flock to this iteration, compared to the unforgiving nature of previous titles. But for fans of the racing simulator, we may have just lost one of the genre’s staples. Project Cars 3 is gorgeous at times, but fails to capture any of the magic that allowed the series to stand apart in the first place. It feels just as good as many of it’s current competitors, including GRID, which I loved. I just loved Project Cars for a different reason. One that may have died with Project Cars 2.