Understandably, some fans were upset when it was announced that Pokémon Sword and Shield would severely limit which Pokémon could be caught across all eight generations. It was dubbed “dexit” (perhaps to keep with the UK theme), decried online (ad nauseam), and even led to a few grown adults crossing their arms, stomping their precious feet and shouting for a boycott. Look, I get it. Instead of “gotta catch ’em all’, Pokémon become ‘gotta catch what you can’ and that was thematically inconsistent with previous generations.

There was also a group of people – including me – which just didn’t really care all too much. I strive to catch ’em all in Pokémon Go, but on the mainline games I just want to build my team, defeat the baddies, and move onto the next game. I love Pokémon – adore it actually – but there was never enough incentive for me to fill up my Pokedex with every little creature available. Hence, the controversy that arrived with this new iteration of the beloved RPG series was a bit lost on me. Just know that before you read what follows. 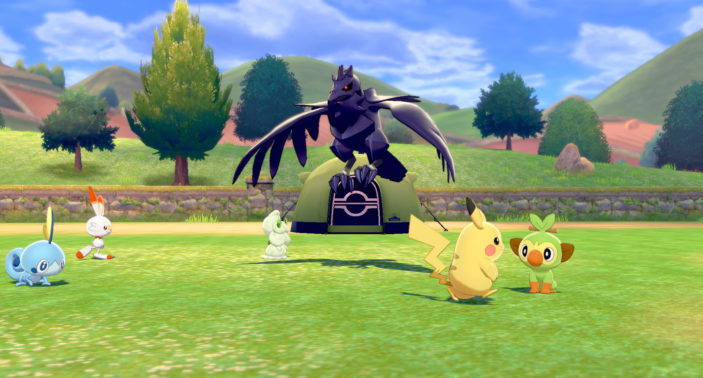 The eighth generation of Pokémon games has gone through some substantial and important changes to bring it to the Nintendo Switch. This is the first real pair of non-handheld titles in the franchise, so officially transplanting it to console was obviously a big deal for Game Freak.

As such, the developers have continued to streamline the experience and cut out even the smallest bits of time consuming mechanics to offer a more immersive and focused experience. You can skip pesky tutorials for starters, fast travel earlier, access Pokémon boxes without having to go to a Pokémon Center, find objectives marked on the map and easily recap progress, and, if you have a Pokémon already registered in your Dex, easily tell which moves are effective against them and which aren’t. Many of the smaller details about how you get around, how you navigate battles, and how you interact with the story have been rethought so players can focus on the immense experience Game Freak have so lovingly curated.

Perhaps the biggest change is the absence of random encounters. There’s no endless colony of zubats stalking you every step in some generic cave, nor is there a sea of ratatta springing up every time you venture into some grass. You can see Pokémon roaming around now – in the Wild Area (more on that later) and on the more traditional ‘routes’ – and avoid them as such (although some will chase you down). It’s something that worked well in the Pokémon Let’s Go series, and thankfully it’s refined and perfected here.

Although not all subtractions work. The removal of HMs does save time, but it also breaks immersion and limits your Pokémon’s meaningful interactions with the world. There is not longer a need for traversal moves like ‘Strength’, ‘Rock Smash’, and ‘Cut’ anymore, but ‘Fly’ being replaced by a boring loading screen, and ‘Surf’ just being a bike modulation that allows you to cycle on water, feel like clumsy alternatives.

Further to that, relatively useless TMs are much more common than desirable ones. This is helped by the inclusion of single-use TRs, which have better moves and can be won from Max Raid Battles (more on that later), but for the large part of the game it’s very difficult to find more powerful moves to teach your Pokémon. Unlike previous generations, there’s also an odd lack of learned moves for newly introduced critters, meaning that you’ll often have to wait until level 50+ to learn anything even remotely useful against more powerful trainers. 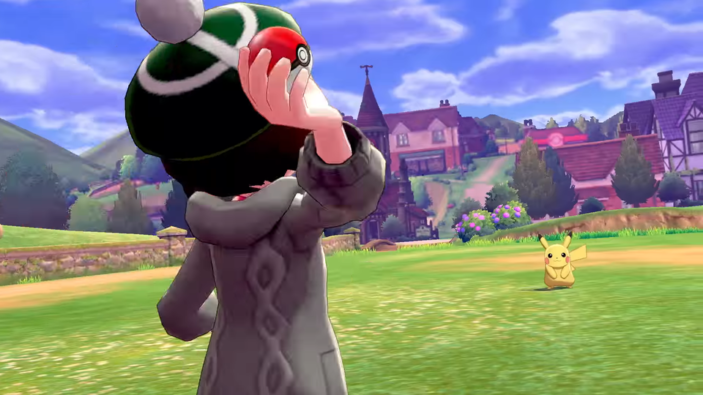 Sketching Sun and Moon from Hawaiian influences worked out very well for the seventh generation, and gave Game Freak a bit more room to express their creativity. Sword and Shield do much of the same for the UK, taking the theme to outstanding heights with British influenced Pokémon, some being ‘Galarian Forms’ of previous gens (hello Battersea Power Station Weezing) and others being newbies like a teacup ghost Pokémon and ones that recall Britain’s medieval history.

This also means that the towns you visit are architecturally rich, expanding the world and making discoveries feel more rewarding. There’s even train stations for fast travel now, although most will just be using the flight taxi service to jump between spots on the map, and the story only really requires you to take the train once or twice.

Amusingly, it also tweaks some of the fringe mechanics which have always felt a bit gimmicky in other games, like Pokémon beauty contests. Now, you can set up camp (or just another trainer’s camp) and cook curry for your Pokémon, having the benefit of replenishing all health (and PP) and earning a few extra XP for your party.

Having this scope has also given Game Freak a better overall story. Sure, certain characters can be quite annoying (particularly your rival), and soccer hooligan inspired Team Yell is an incredibly stupid build on Team Rocket, but there’s a sense of scale and wonder that improves upon other Pokémon games in almost every single way. 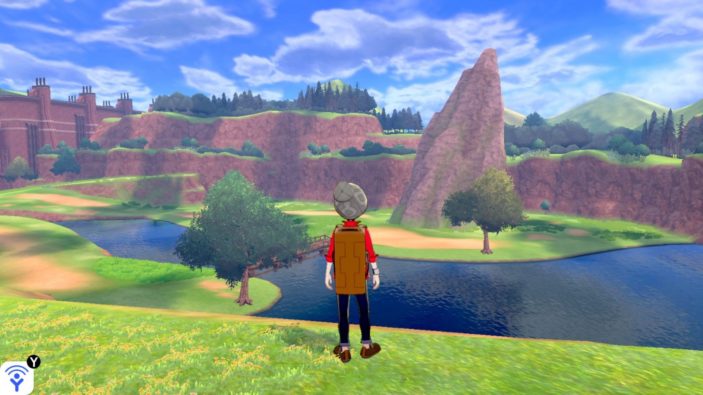 Key to the aforementioned scale is the Wild Area, and it’s the single best new feature in Sword and Shield. Although it’s not implemented have as well as it could have been, remaining a distant promise of what a true sandbox Pokémon could look like.

The Wild Area is basically a vast open field, with various weather conditions and areas, where Pokémon of various levels roam in the tall grass, out on the dirt paths, or in the water. Watching A Gyarados stalk around a lake while your perched on a hill, or a Tyranitar lumber around some dead trees in a desert area, is exactly what I wanted out of a Pokémon game. You can even approach these incredibly tough Pokémon for a battle and attempt to add them to your party. This is Pokémon meets Breathe of the Wild, and it’s something that needs to be built and improved for future titles.

The Wild Area is also where you’ll be introduced to Max Raid Battles, them being pink rays of light shooting up from distinctive holes in the ground. Interact with one and you can either invite friends or team up with NPCs to take down supersized Pokémon inspired by Pokémon Go’s raid battles. This is the Dynamax mechanism that’s being so highly touted with these titles, and beating these raids gives you the ability to power up your own Pokémon to prepare them for their Dynamax moment during crucial battles. It’s also a handy way to catch powerful Pokémon earlier on in the game.

Unfortunately, the Wild Area is only a half-realised idea and throughout the main narrative you’re only really going to be visiting it twice. There must be a better connection to this area, as it’s what will redefine the game and truly transplant it to current gen consoles.

The major changes to Pokémon sit alongside the traditional motions of the game. The Wild Area is only a pit-stop between the more chunky bits of visiting towns and traversing routes in between, with little variation beyond that. If Game Freak really want to redefine Pokémon then they have to change this structure significantly, but for now, Sword and Shield is the perfect introduction to what this franchise has become.

A reasonable new roster of Pokémon also means plenty of ways to mix and match teams, building towards your battle with the final gym leader. Speaking of which, I would have preferred an Elite Four to make the post-game a bit more substantial, but the story is still rich and detailed enough to make you feel like it was all worth it in the end.

Although a lot of the new Pokémon – as great as some of the designs are – pale in comparison to previous generations. For every cool fire/ground coal beast, intriguing fairy/dark monster or (very, very rare) ghost/dragon psuedolegendary, there is a stupid mouse or negligible racoon.

There’s also a distinct lack of stage 3 Pokémon, with a lot of creatures only evolving once. Thankfully there are a few Galarian versions of older Pokémon that are actually quite cool – Stunkfish is reimagined as a ground/steel beartrap, for example, and Corsola is now a ghostly reminder of climate change. I’m not even going to mention the starters, who all have disappointing evolutions; the water-type Sobble, for example, evolves into some dumb humanoid Pokémon that looks more like a character from Star Fox than anything else.

It’s worth mentioning that the fossil system has been slightly tweaked so players can experiment a bit to see what new Pokémon can be brought back from ancient times. This actually holds some of the game’s best new designs, although the in-game explanation for reviving fossils is kind of weak.

At the end of the day, Sword and Shield only hint at what a Pokémon game could be with true openness and great depth, representing a development team that’s not brave enough to take any real risks. Yes it’s one of the most enjoyable entries in the series to date, but by not fully committing to the idea of a reimagined and immersive Pokémon experience, Sword and Shield falls short of expectations.