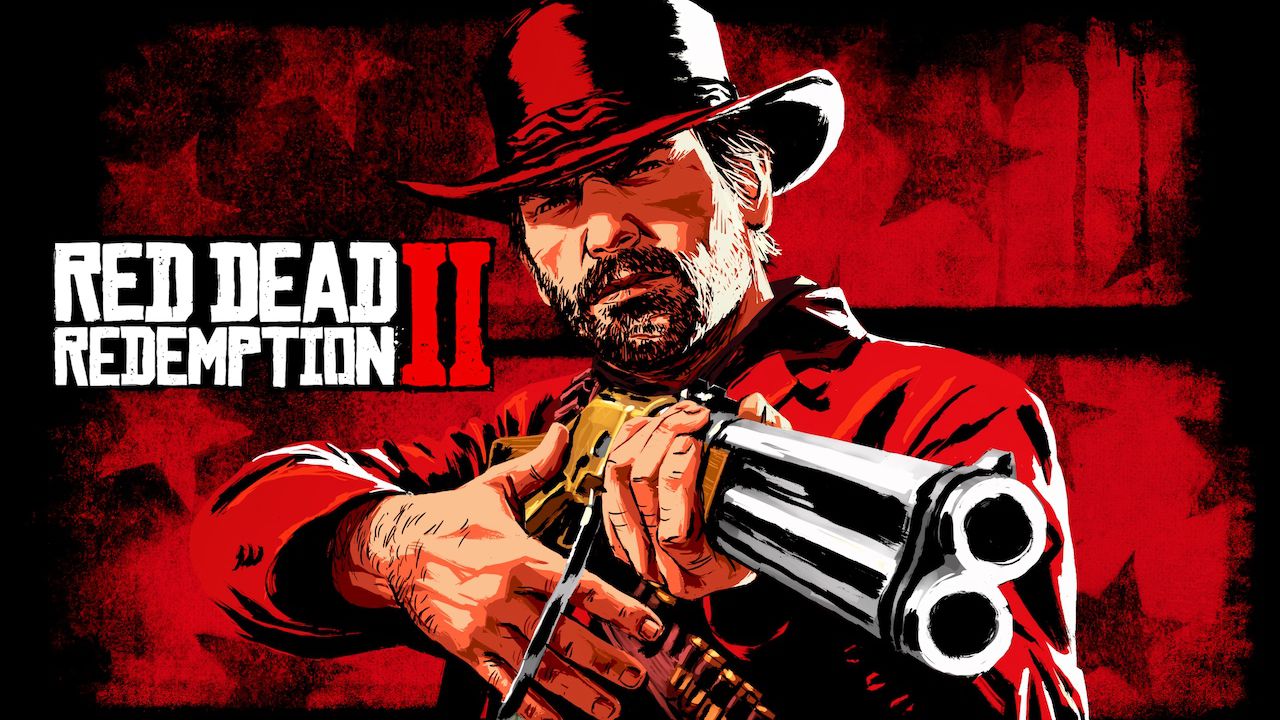 The Asus Zenbook Pro Duo UX181GV is a legitimate monster. Two 4K touchscreens. A 9th Gen Intel i9 processor running at 2.4GHz, speed boosted up to a crazy 5.0GHz. A huge 32GB DDR4 RAM. A 1TB SSD. A 6GG GDDR6 Nvidia GeForce RTX 2060 graphics card. One of the most powerful laptops I’ve ever encountered, it’s a creative powerhouse and a real competitor in Apple’s wheelhouse. For content creators everywhere, this laptop will be an expensive dream come true.

The first game I installed on the Zenbook Pro Duo was the PC version of Rockstar Games’ Red Dead Redemption 2. A game that demands a lot of any machine, the Zenbook Pro Duo shouldered the cowboy simulator without complaint, defaulting to high for most graphics settings out the gate and hitting a silky smooth 60fps without breaking a sweat. It looked great, felt great, ran great. Given the insane spec sheet, I decided to see how high this rocket could fly. I went through the advanced graphics menu and set everything to Ultra. Red Dead Redemption 2 offers a surprising degree of graphical control, the full list taking me five or six minutes to complete.

I restarted the game and loaded in, excited to see the results. I’ll be honest — in 4K resolution, it ran at about 15 frames per second. But it ran, dammit. And as long as main character Arthur stood perfectly still, it looked absolutely breathtaking. I jumped the resolution down to 1080p to help the game claw its way up to 30 frames. This is fairly mindblowing given the rarified air the ZenBook Pro Duo occupies — all that high grade hardware and RDR2 proves itself more than a match for it. That the Pro Duo is capable of cranking RDR2 all the way to 11 is remarkable in and of itself.

Red Dead Redemption 2 set an incredibly high bar with the way its lighting and weather effects intersect. The light responds to particles in the air in a way that seamlessly mirrors reality. Having Arthur get up early to watch the sun rise over a foggy valley is its own reward. As incredible as it looked on the Xbox One X and PlayStation 4 Pro, the PC version doubles down on visual fidelity. It’s going to take a machine much beefier than even the Pro Duo to run RDR2 in 4K with all the bells and whistles.

The biggest improvement to come from RDR2‘s move to PC is perhaps it’s most simple and obvious — mouse aiming. For whatever reason, I found it incredibly hard to shoot with any accuracy when I reviewed it last year on PlayStation 4. Rather than snapping directly to my targets, I now get the chance to square up, really aim my shot and deliver judgment. Moving to the keyboard also has the benefit of making the game’s radial menus easier to navigate. They were the bane of my existence in the console version, forcing me to curl my hands around the controller like spiders to hit three buttons when one would have sufficed.

The ZenBook Pro Duo is at its best when paired with an external keyboard and mouse. Part of the reason for this is the laptop’s combined number pad and trackpad. The other is that, in order to fit the touch-based second screen (what Asus calls the ScreenPad) on the laptop body, the keyboard has had to be cramped into the chassis’ bottom left. It feels like a keyboard that is much too small for a laptop this bulky and while hitting Premiere macros won’t be too difficult, you will find yourself mashing the wrong keys during a game.

This was how I brought a huge bounty down on my head in RDR2. I was trying to say hello to one of three farmers headed home for the day. I hit the wrong button, changed weapons and shot one of the poor bastards right off his horse. His friends gave me hell and the sound of gunfire echoing off the hills eventually brought the law down on us. They took a dim view of my behaviour and ran me out of town, but not before my temper got the better of me and we exchanged further unpleasantries.

The ZenBook Pro Duo, for its part, took this graphical and gameplay-based beating with good spirits. Due to its twin touch screens, the already large laptop weighs quite a bit. Like a lot of laptops in its class, portability was never really a prime factor in its design. It’s a happy by-product, certainly, but the idea is definitely a machine that is connected to various desk-bound, satellite setups. The ScreenPad can be customised using ASUS’ own built-in application for creating macros and in-app shortcuts. This is where the machine really shines for content creators, allowing you to bind your most frequently-used commands to one-touch groups. For games, there’s less utility overall but it was useful for keeping an eye on Discord and Tweetdeck while I played.

A big help in all this moving about was the P10 Game Drive by Western Digital. The Pro Duo has full size USB 3.0 ports along its left and right flank, meaning drives like this can still be attached. You’d think the presence of a humble USB port would go without saying but the advent of USB-C has seen a lot of these older types start to disappear. This 2TB drive made transferring everything over to the Pro Duo extremely easy. I’d already installed RDR2 on my desktop — a whopping 112GB, an undertaking even on an NBN connection. I didn’t want to download it again and so committed to transferring it with the P10. It flew over. 140MB/s. I went away to watch a YouTube video and when I came back it had transferred. Same again when I hooked it up the Pro Duo. Brill. Cheers, WD.

Red Dead Redemption 2 remains a monolithic experience on PC, the teeming, breathing world within only seeming to deepen with every new graphical tweak. Though it suffers from a few typical PC port complications of confusing keybinds and the odd crash, much like Grand Theft Auto V it will become the preferred version for many.

The Asus ZenBook Pro Duo will be preferred by people who create visual content for a living. It’s also very good for video games.

Asus provided a loaned ZenBook Pro Duo for the purposes of this piece. Find out more about it here. Red Dead Redemption 2 PC code provided by Rockstar Games. Buy it here.