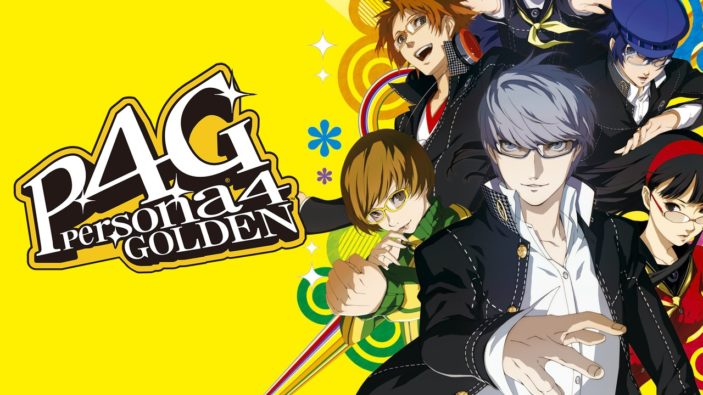 Up until this very day, Persona 4 Golden holds a very special place in my heart. I’m not a huge fan of the JRPG genre as a whole, but more so titles within the genre. As a result, Persona 4 Golden stands as my favourite Persona game to date and my favourite game on the PS Vita system. Yes, I know how old that makes me sound, but I simply have to publicise my love for the PS Vita every chance I get. That being said, Persona 4 Golden feels incredibly relevant in terms of both story and gameplay, all while receiving a fresh port and various quality of life improvements that highlight this version as the best way to play one of the best JRPG titles on the market today.

No Time for TV

Much like Persona 3 Portable, Persona 4 Golden gets its kicks from being weird, outlandish and downright consuming. You’ll play as the now canonically known as Yu Narukami, although you can name him whatever you like. You’ll spend half your time in school, building relationships with students and undertaking everyday tasks and classes and the other half fending off enemies called Shadows, all while attempting to solve an intriguing murder mystery at the heart of your social circle. 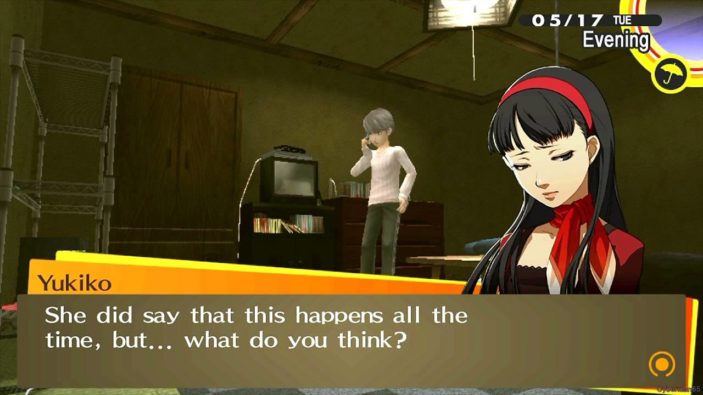 Persona 4 Golden utilises the Midnight Channel to tell most of its story, bringing bad luck and traumatic events to anyone who appears on the TV channel each night. As a result, your character will get the chance to explore this otherworldly plain to fight your enemies and discover the hidden secrets and origins of the mysterious channel. Once again, like Persona 3 Portable, Persona 4 Golden does a great job at building tension and consistently balancing the input and relevance of supporting characters, even if the overall narrative feels a little long in the tooth at times, clocking in at around 65-70 hours.

Lurking in the Shadows

When it comes to combat and general gameplay, Persona 4 Golden feels very much the same aside from certain control tweaks; but I admittedly didn’t expect developer Atlus to fix what wasn’t broken. Much like Persona games that came both before and after, dungeon crawling leads to combat, but this time around, dungeons are procedurally generated and thematically linked to the situation and turmoil of each victim at hand, giving environments a rather labyrinthine structure that encourages exploration between battling Shadows. Tartarus, also knowns as the world that inhabits the Midnight Channel, is the only place that allows free exploration, which does feel a little limiting at times, even if you do spend most of your time in there. 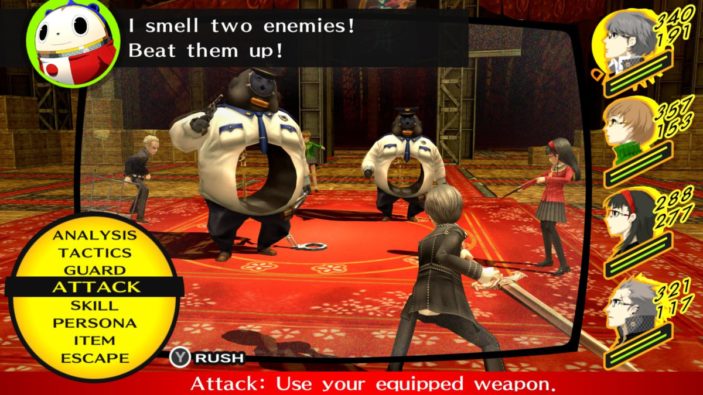 Turn-based combat feels rather simplistic at first, but soon develops into a dense and nuanced system of tactics and well-timed abilities and strategies that make these procedurally generated encounters a matter of preparation as opposed to outright power. You’ll need to manage resources and pick the correct attacks for the most effectiveness. Unfortunately, minor gripes that were present in Persona 4 Golden’s initial release also ring true here. As you’ll use SP points to activate Personas and progress through each environment, but they still feel a little to hard to come by at times. But as Persona 4 Golden originally introduced the ability to manually upgrade and choose which skills your new Persona would inherit, taking away much of the grind, if certain Personas were made rather useless as a result of their automated upgrades.

But beyond its deep combat and intriguing narrative, Persona 4 Golden succeeds at keeping you on your toes and ensuring that any two of your days are rarely the same. Attending classes, turning friendships into romances, and planning your general daily life around certain meetings and scheduled events all contribute to the culmination of you and your teams Persona’s, which greatly impact both combat and the general narrative. It eventually melds into a seamless blend of ticking boxes and diving back into the Tartarus to take on the Shadows and progress to the next dungeon. 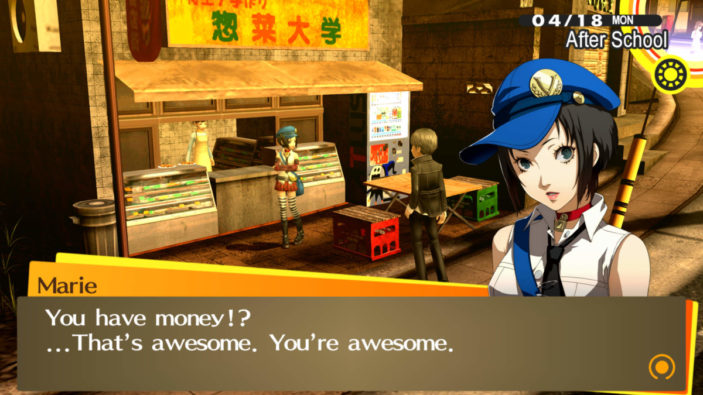 The port itself is also visually impressive, bringing what is otherwise a decade old portable version of a PlayStation 2 game into the modern ear with upgraded resolution and visuals, quick save functionality, a gallery mode, allowing you to look back on previous scenes and moments and difficulty selection from the very beginning. Persona 4 Golden was already visually interesting enough that it rarely needed additional flare, but serves as a welcome addition nonetheless.

Persona 4 Golden already stands as one of the best JRPG games ever made, which now looks better and allows new and old fans alike to jump on board a fresh coat of paint and an added layer of accessibility. While the narrative can feel a little lengthy at times, there’s simply so much to see and do. Everything feels relevant and important to the story, while combat was already deep and nuanced to the point that little to no upgrades rarely feel like a disappointment. Persona 4 Golden’s latest port is undoubtedly the best way to play this stellar experience. I guess if it isn’t broken, you can still fix it.