On the surface, Outriders may seem like your average looter shooter. In many ways, it is. Outriders feels like an iteration of recent looter shooter RPG titles like Destiny 2 or The Division. It’s filled with mechanics and systems we’ve seen many times before. In saying that, there is still plenty to love about Outriders’ opening hours, and while it’s not quite perfect, it’s a strong start to a promising experience.

To call the vertical slice currently available on the PlayStation Store a ‘demo’ is an incredible stretch. It behaves more like an advanced prologue, setting the story in motion and bringing the player up to speed with the controls and mechanics. If you choose to upgrade to the full game, all of your progress here over at launch.

Earth is dead and so are we

Outriders takes place in the distant future. Planet Earth has become an inhospitable wasteland. The human remnant venture into the far reaches of space in search of a new home. Upon discovering the planet Enoch after an 83-year journey, it seems as though humans can begin to build a new world. Soon after, a random electrical storm known as The Anomaly ravages the planet, striking your character in the process. Saving you requires putting you into cryogenic sleep. You awaken a further 30 years later to discover the pilgrims you travelled with locked in a tribal war that has shredded any hope of saving humanity. 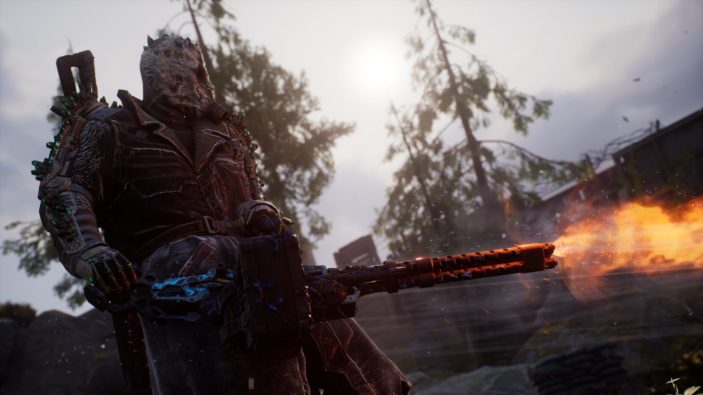 Labelled an Outrider, a relic of the past, you discover that The Anomaly has changed you, given you powers. You must utilise your new abilities to join the fight and end the war for control of Enoch. Without going any deeper than that, it’s clear that Outriders has kept a few cards up its sleeve in terms of overall direction. While it feels like there’s more to discover, its opening hours present a fair bit to take in. Some of the cutscenes feel genuine and effective in terms of world-building in such a way that feels natural and evenly paced. Many of these cutscenes push the narrative forward in new and meaningful ways. It hits a few genuinely emotional beats, in spite of some wonky dialogue and VO. Much of Outriders’ general narrative feels more akin to a single-player linear story, with consistent cuts to exposition-based cinematic segments that draw you into the story all while breaking up the action-based gameplay.

In terms of gameplay, Outriders rarely takes things further than the traditional RPG action we’ve seen before. As far as third-person cover-based shooters go, it’s incredibly solid. Shooting feels responsive and punchy, which is great considering it’s the game’s primary verb. Movement can feel a little sluggish, as you can’t jump freely about the open world. Instead, your character can vault over nearby pieces of cover and areas of interest, which makes traversal feel somewhat limited. Run here, cover there, vault now, repeat. While I think open world games deserve as many traversal mechanics as possible, this design choice doesn’t necessarily ruin things for me either. Weapon variety keeps things feeling fresh across the board, from assault rifles, to snipers and shotguns, I found myself constantly picking up new weapons to test and swap around based on certain encounters. 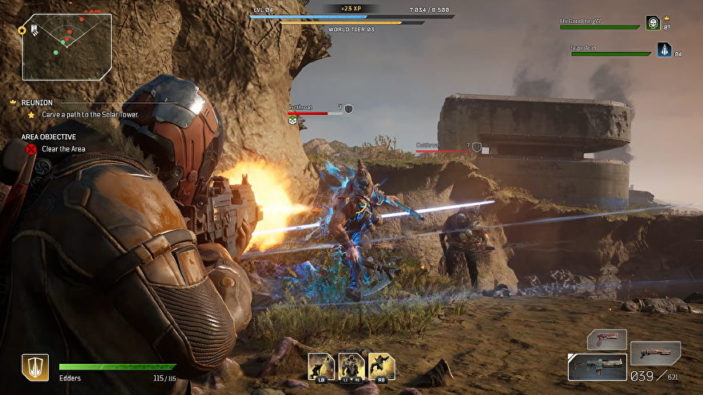 The only gripe I had with combat came from the contextually placed encounters within the open world. Navigating through the open world, you’ll come across sections of conveniently placed cover points which bring about waves of enemies. These planned encounters take away from any of the unpredictable nature of the open world and tend to stick out like a sore thumb considering all of these ‘arenas’ tend to look the same and can be easily spotted as a result.  That being said, these arena encounters carry with them specific objectives that can be completed for extra XP.

Aside from the functional gunplay, players will also get the chance to choose from one of four class-based abilities after being affected by The Anomaly. The Technomancer class allows the user to create new forms of technology for use in combat, the Devastator class allows users to shift and teleport around and within the environment to gain the upper hand, while the Pyromancer and Trickster classes allow players to utilise fire abilities and deceptive magic tricks respectively. All are interesting, varied and functional, and particularly essential against multiple mini-bosses which require you to experiment with these newfound powers. While players can only choose one, the demo allows players to go back and choose a new class, which I highly recommend. Each class feels different, and while each class yields only a couple of abilities, these can all be upgraded and expanded thanks to some impressively detailed and nuanced skill trees, which the demo has only scratched the surface of. 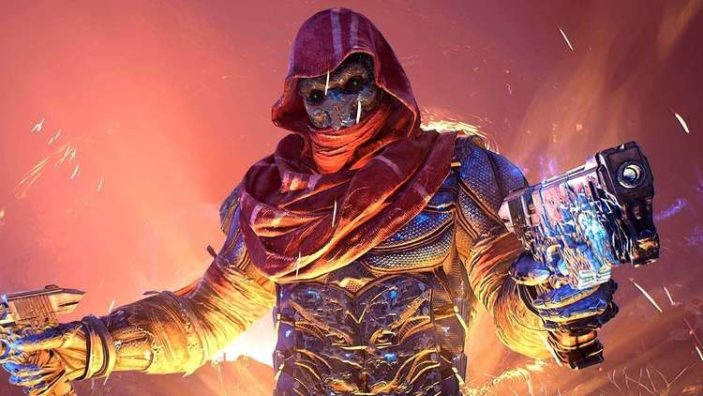 Cooperatively, Outriders allows players to team up in groups of three in order to experience the story together, or simply roam Enoch for loot and XP. In saying that, players can actually jump around to various points in the story, as to keep those who are not as far into the narrative from any sensitive or spoiler-heavy missions. While functional, I found that these co-op moments detracted from the cinematic nature of the narrative, and instead dishes up those smaller repetitive side missions for the sake of the grind. In addition to this, the choice to cap these cooperative experiences at three players also seems like a strange choice, given there are four distinct classes to utilise.

Overall, the Outriders demo is an impressive introduction to the opening hours of the full game, and considering progress will carry over, an exciting start to something I wish to explore more of. There are things that worry me, such as the repetitive nature of combat encounters and wonky voice performances, but the ultimately satisfying feeling of combat, paired with deep skill trees and progression incentives, Outriders feels competent in its own right, given its presenting a platter we may have tasted before.