Observation Shines as an Original and Intriguing Space Adventure

I’ll be the first to admit it, I’ve never played a game like Observation before. While games of this nature have great examples in Night Trap and Manhunt, both of which use surveillance cameras as a narrative device to push the story forward, the introduction of an AI-based character is a wholly original way to tell a captivating, interactive tale set in the emptiness of space.

Observation pieces together many common tropes seen in stories such as these. Whether it’s the Hal, the ship AI from 2001: A Space Odyssey, or the various ‘space escape’ situations seen in films like Alien and Gravity, you wouldn’t be blamed for thinking Observation‘s concept is entirely unoriginal at first blush. Thankfully, indie developers No Code have worked hard to take these tropes and make them their own, infusing a fresh gameplay structure, engaging characters, and a great deal of style and polish to boot.

Observation casts players as S.A.M. (Systems Administration and Maintenance), the AI-based program responsible for controlling some of the ships most important functions aboard the space station. However, when S.A.M. reboots with no recollection of prior events, he must help Dr. Emma Fisher find the missing crew and discover exactly what brought them to this stressful situation. As gaps in S.A.M.’s memory start to fill, players are able to piece together exactly what brought them here. The less I say about Observation’s story the better, as the narrative slowly builds towards an impressive finale. While the overall pace is a bit uneven, the story does keep the player focused on the objective at hand until the very end. 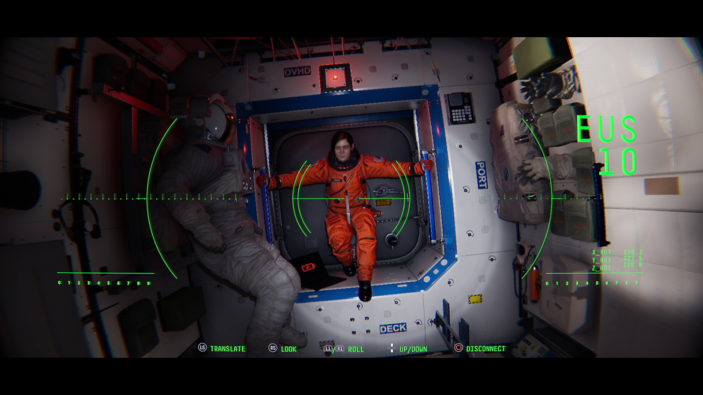 When it comes to gameplay, things get a little dicey. Observation plays out mostly through controlling surveillance cameras and accessing the ship’s main functions such as opening doors, and accessing information from various computers and schematics. The only issue is that while Observation tries to shake things up by making it seem like S.A.M. can manage multiple tasks at once, the game reduces these actions to a few button prompts, removing some of S.A.M.’s established complexity. Cameras also move more slowly than I would have liked, and I found myself switching between cameras in a particular room only to have to pan each camera around to my last point of reference over and over again. It’s not game-breaking by any means, but annoying when playing this game in large chunks. Later on, players gain access to ‘spheres’ as a way of allowing S.A.M to leave the fixed cameras of the space station and travel freely in order to access areas previously unaccessible. This shakes up the gameplay with an added sense of traversal, but nothing unfortunately tests the player in any meaningful way which tampers with the pace of the experience as when things get stressful, S.A.M might only have a limited amount of time to deal with a particular situation, while other times he is free to browse the space station until the player discovers a way to access the next objective.

Observation should be respected for allowing the player to progress through the story at their own pace, as the game does little hand-holding on your journey to the end. While I previously mentioned the game pushes specific objectives on you, the lack of any prompts and procedures left me forgetting I could access sections in a particular way due to the lack of timely prompts and clues. While there are a few mind bending puzzles, they were too few and far between, with the remaining puzzles easily solved through a few button combinations. It’s tough to criticise this as players may understandably like this sense of independence, but it ultimately felt like the game intentionally left me in the dark as a way of imposing some sense of difficulty or making the game seem harder than it really is. 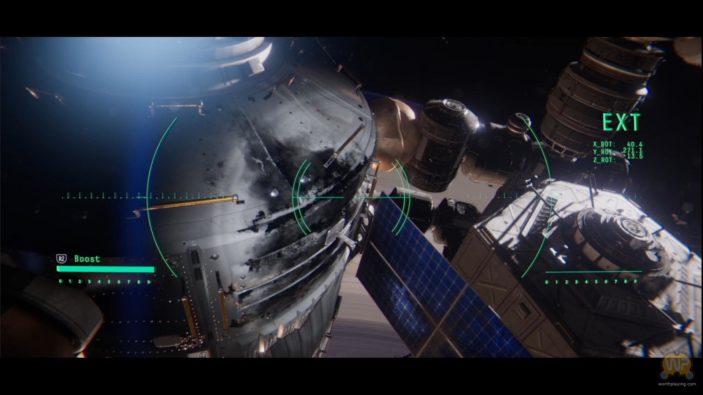 While the gameplay may admittedly be a topic of debate amongst players, between those who require a faster paced experience and those who don’t mind taking their time, everything else in Observation will most likely get players on board. While I enjoyed the story, the surrounding polish drew me in immediately. As a huge fan of the Alien franchise, I admired the dated interfaces and sound effects, while voice performances from both S.A.M. and Dr. Emma Fisher were both polished and believable. Whether it was S.A.M.’s consistent and eerily calm tone or Fisher’s genuinely stressful delivery, I was surprised at just how invested I was in the narrative thanks to these performances alone. S.A.M. has the ability to request the objective from Dr. Fisher at any time, as she becomes increasingly frustrated at the need to repeat herself, particularly in dire situations. 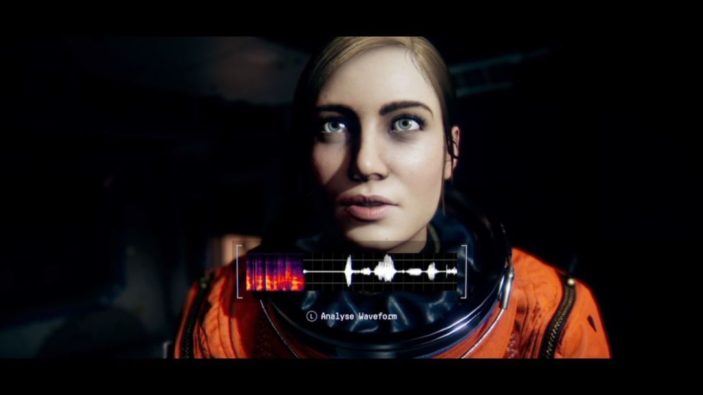 It’s admittedly tough to review a game like Observation, as it paints itself as more of an interactive narrative rather than a traditional game of sorts. However, Observation is nothing short of impressive and should be praised for its originality and polish. While the narrative takes a while to get going and suffers from some pacing issues, the payoff is worth it. The gameplay is initially engaging and does its best to keep things moving, but suffers from sluggish controls, as intentional as they may be. But thanks to some impressive voice performances and stylistic choices, Observation gets much more right than it does wrong, and stands as one of the most original and memorable sci-fi experiences I’ve had in quite a while.