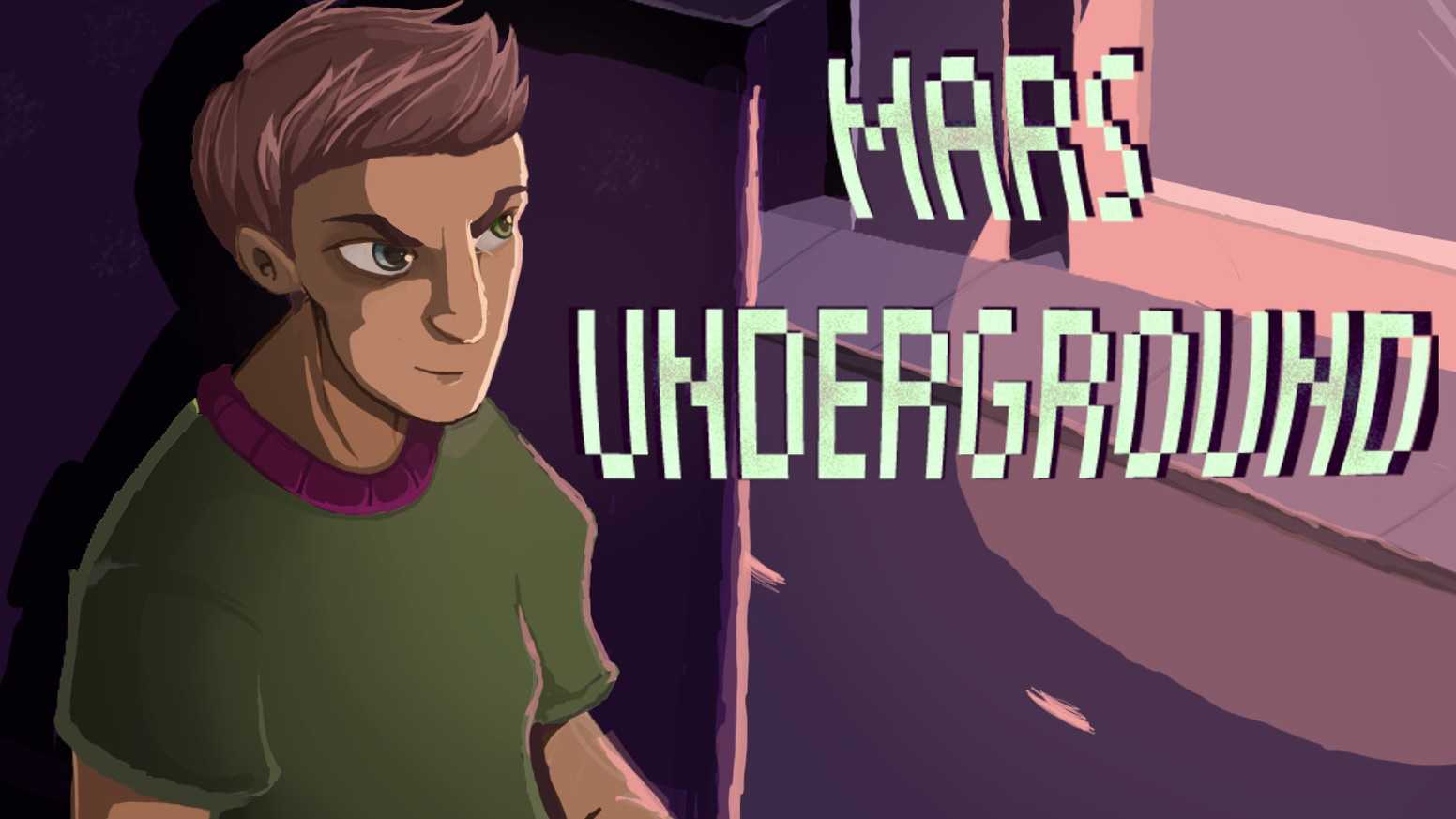 Mars Underground is a fascinating and fantastic tale from Canberra-based developers Moloch Media. The first time I saw the game was at PAX AUS 2018, but in the hub-bub of the show floor, it was difficult to give it the time it deserved. I’m glad I was able to revisit Mars Underground so many months later because it is a phenomenal and repeatedly mind-boggling game.

There’s a certain elitism among certain gaming groups when it comes to RPG Maker games, with the assumption that using a basic gaming engine takes away the freedom and creativity inherent in games. That is certainly not the case with Mars Underground, which features one of the most intriguing and original plots of any game I’ve played this year.

Mars Underground is set in the sleepy little town of Phobos City, where troubled protagonist Mars is starting his first day at a brand new school. Everything is going (mostly) according to plan until you meet Mars’ therapist, Dr. Kronus, a mysterious and somewhat antagonistic presence that dogs him throughout the game.

When Mars takes the pills he’s prescribed, he falls asleep, only to wake the same day as if no time had passed at all. Again, his mother asks him if he’s ready to go to his first day at school. Again, his classes run as normal. But this time, his therapist’s office is empty, and the receptionist, with his rictus grin, says that Dr Kronus hasn’t been around for a good long time. 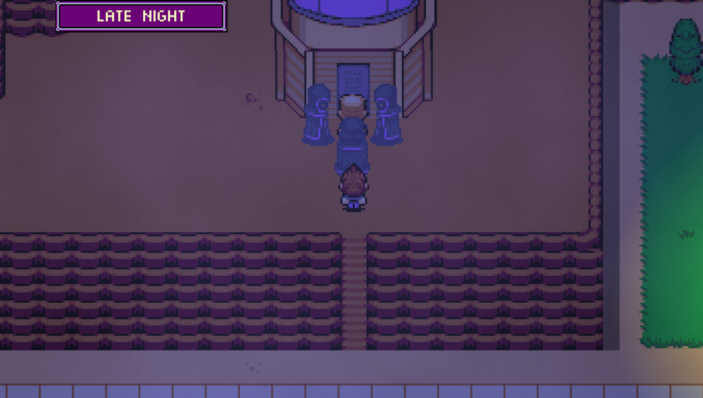 Mars must uncover the mystery of his repeating days, and discover all the mysteries that Phobos City hides. Who are the mysterious cloaked figures in Phobos Central? Why does any that enter Ptolemy Park get obliterated out of existence? And just who is the strange man living under a sports crate in his school gym?

Each day Mars wakes up is another loop in the cycle, and each go ’round the twist reveals new secrets and items that take you closer to the central mystery. Importantly, Mars retains every item he collects (until you do something stupid with it, or it finds its true purpose).

The gameplay is mostly classic point and click mixed with classic RPG stylings. You can gain items as well as topics and points interest, using them to unlock new dialogue, locations and items. Unlike classic RPGs, the only way to escape the loops is by dying. Repeatedly – or escaping the bounds of the game. 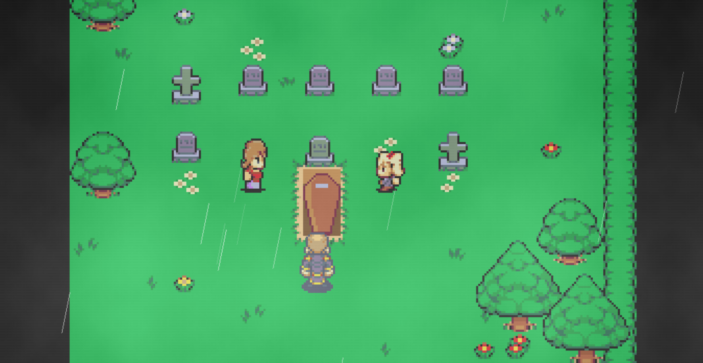 Some endings, you find by dying – starvation, walking in front of a car, being beaten to death – and others, you find by escaping – having the ‘developer’ reset the game, falling off the edge, fighting your way through game code tunnels. Every time you die, you charge a mysterious device called the quantiser – which you must defeat Dr Kronus with.

Some of the ways to die are easy to find, and others require more complicated thinking, like taking into account what period of day you’re currently in. Keep a pen and paper handy – you’ll need it to track your way through the puzzles.

As previously mentioned, Mars Underground is an RPG Maker-based game. Despite the limitations of the engine, the game takes full advantage of the tools available to it, coming off looking like a unique twin of Pokémon or Earthbound – and it works. 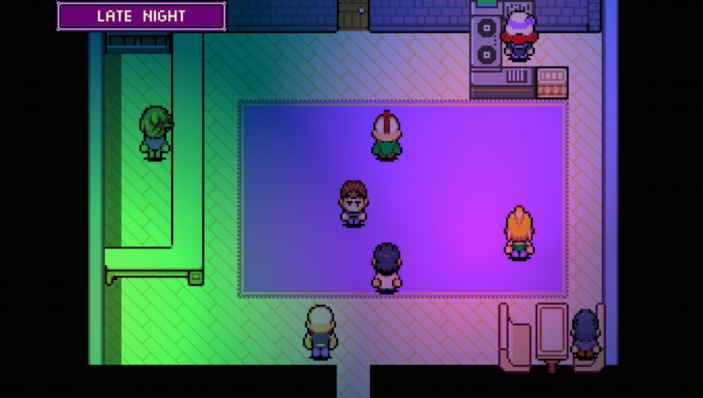 The cheery, pixelated graphics are exactly like classic RPGs from the 90s, and because of that, the game lulls you into a sense of false comfort. Because while the graphics are cutesy and wholesome, the story and gameplay are not. They’re both creepy and uncanny, and the feeling is helped along by the brilliant soundtrack.

Everybody knows the story of Lavender Town. The creepy Pokémon village has long haunted the collective gaming imagination, with stories of death and insanity following it. The music in Mars Underground feels inspired by these tales, imbuing the game with a creeping, uncomfortable sensation and the feeling that everything is not alright. 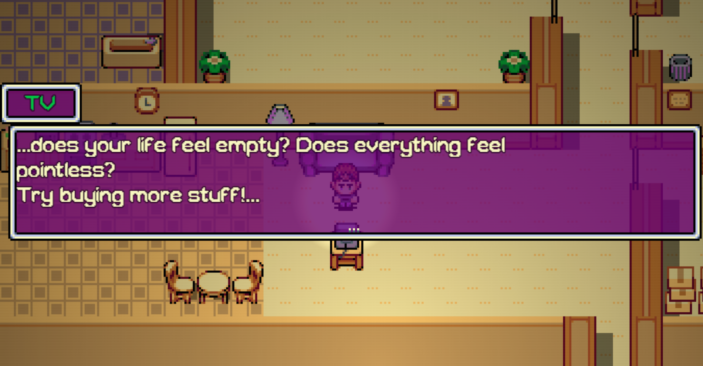 It’s pulled off brilliantly, and helps the game shine.

My only major complaint within the twists and turns is the lack of a definitive, satisfying ending – particularly if you decide to go against advice and fire the quantiser at Dr Kronus before it’s fully charged. Take my advice – don’t do it.

But besides going out on a shy note, the story of Mars Underground is incredible, and made me want to forge on ahead in my journey. Accompanied by its killer, deadpan humour, a quirky cast and plenty of great moments, it’s a deftly told and highly involving tale. It comes extremely recommended for those who like the weird, the wild and the fascinating.

Reviewed on Windows PC with a retail code provided by the developer.