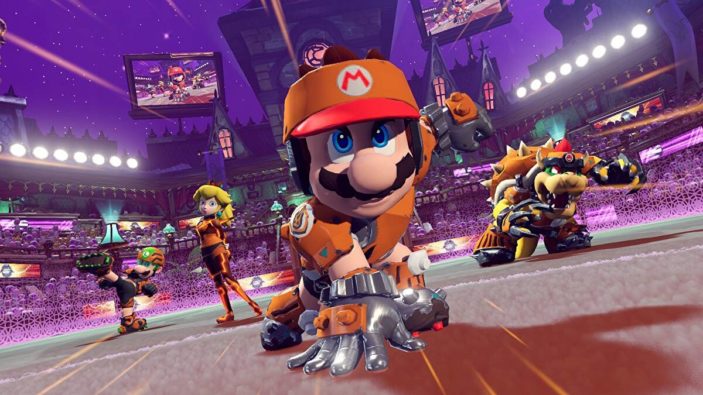 Mario and the team are back in the long-awaited follow-up to the 2007 Wii game, Mario Strikers Charged. Various sports games infused with loveable Mario characters have definitely become a fan favourite over the years. While it has been 15 years since the previous game, the Nintendo Switch offers a brand new take on the soccer series with a more stripped back version, featuring limited modes and characters that will surely delight fans of the previous game, even if they won’t likely win any new fans over. That being said, the game is graphically gorgeous, while multiplayer modes do their best to encourage everyone to jump in and have a go. Mario Strikers: Battle League Football may not be the complete package, but it is a worthy successor in the franchise, and yet another solid Mario game on the Nintendo Switch.

The game offers three modes Quick Play, Strikers Club and Cup Battles. If you want to take part in the general experience, Quick Play allows you to play with the AI or with other players online. You can also split the joy-cons for side by side couch co-op. It’s here that I spent most of my hours of trying to figure out the controls, timing my shots just right; as frustrating as it can be at times, due to repetition and mistimed shots, it is the best way to become immediately involved in a game with friends. 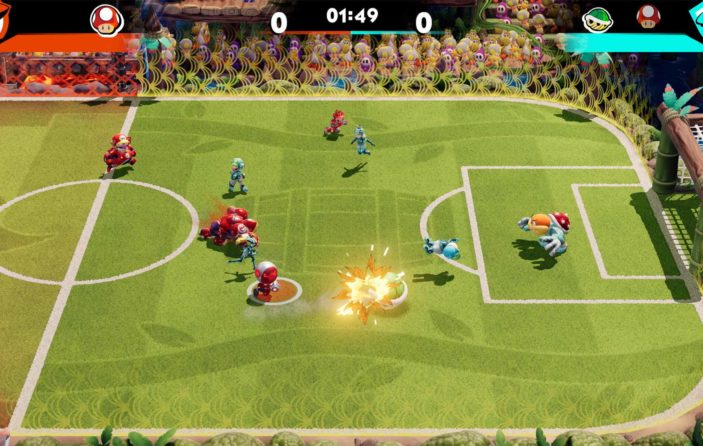 Strikers Club delivers a traditional season mode. You’ll get the chance to create your own club and can have up to 20 other players on. You earn tokens and use them to upgrade your stadium. The seasons are soon to be released and will be supported by the developers, it is the perfect time to start practising.

Cup Battle is the equivalent to a more focused single-player mode. You’ll work your way through a smaller scale tournament against some pretty simple AI. When you have worked your way through this mode, rather quickly I might add,  you will unlock Galactic Mode which serves as Mario Strikers: Battle League’s version of a hard mode. It definitely presents more of a challenge, but is nowhere near as difficult as it could be.

A Kick in the Right Direction

The initial tutorial is effective but can be a little overwhelming, particularly if you have friends ready and waiting for you to jump straight into the action. It does take a lot of time to get through everything but when you do you it does help figure out how to get through the matches and choose the best players for your individual approach and strategy. As you move around the pitch, you’ll need to figure out what kind of shot you’ll take, but it basic, aimed or charged, combining these with perfect timing, tackles and passes. You can utilise various items and plan when to snap through the match winning Hyper Strike shot. All of this does take some time to find some sort of rhythm, but when you do, it will help you charge through the Cup Battle with ease.

Mario, Luigi and all your favourites are here to play. The full roster includes Bowser, Toad, Yoshi, Donkey Kong, Wario and Waluigi. The only glaring emission is Daisy. It seems weird that she was not included in the line-up, even if she’ll most likely feature in some inevitable DLC down the track.  Each character is equipped with their own traits and strengths, including special abilities which can be used to turn the tide of a match. 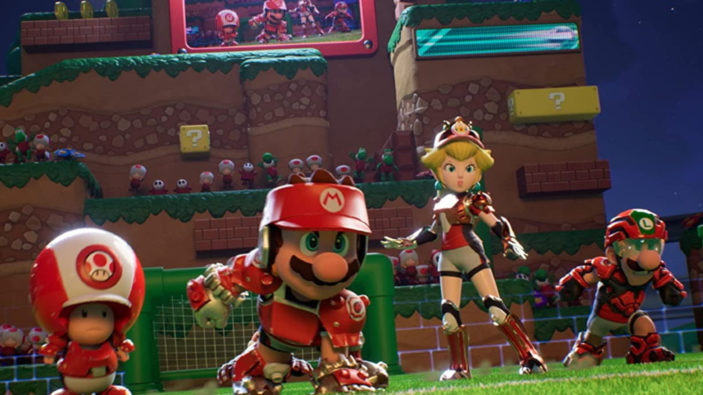 Each match gifts you a certain amount of coins, which can be used to purchase gear, therefore enhancing your chances of winning. With a range of shirts, pants, shoes and headwear for a nifty wardrobe change. Unfortunately, these fresh looks won’t offer anything further in terms of gameplay.

Playing this game with others is still most definitely the strong point of the franchise. Mario Strikers: Battle League Football is great in terms of couch co-op, but a little behind when it comes to online multiplayer. You can play 2 V 2 online, however full games of 4 V 4 are currently unavailable. The 2v2 mode is already hard to keep track of in terms of who is who, with random swirls of colour dashing across the screen.

Mario Strikers : Battle League Football stands as another solid Mario themed sports title on the Nintendo Switch. While the single player mode is quite basic, the tutorial is extensive, even if it requires a little patience and perseverance to get through. While the entire Mario gang isn’t playable at this stage, we can only hope they feature in future DLC. It’s hard to deny just how good the game looks in both handheld and docked mode. The cut scenes in Hyper Strike mode also provide an impressive art palette that’s admittedly unique to the Strikers series. At the end of the day, the best way to play is still in local co-op with a room full of friends. The gameplay is fast and colourful, and even the least sporty of gamers will find some fun here. We’ll see you out on the pitch.