At first glance, Live A Live feels like an older, more experienced JRPG that boldly returned to show the younger kids just how it’s done. It feels even stranger however, to discover that’s exactly what this is. Live A Live was released way back in 1994 by developer Square, then known as SquareSoft, but never to a western audience, leaving the original and critically acclaimed version rather untouched and unknown on this side of the globe, for the better part of 27 years. Thankfully, Live A Live has arrived, bringing with it many of the nuances and sensibilities lost on newer JRPG titles, while blending some sleek visuals and well-paced storytelling to a new generation of potential fans who just might fall in love with a long lost experience.

A Tale As Old As Time

Live A Live remains faithful to the original in terms of storytelling. The narrative is divided into seven vignettes which tell independent stories through various eras. From the age of the cavemen, to the Wild West, futile Japan and even the far future, players are able to latch on at any point in time, allowing you to start with any of these seven stories. While the structure itself remains rather disjointed initially, there is indeed a reason and cause that binds each of these stories and characters together, in a distinct and worthy portion of the experience that I would rather not spoil and in turn, strongly encourage. 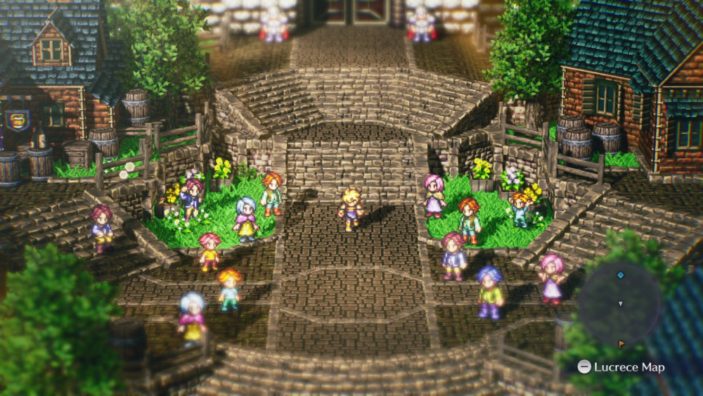 Each vignette does a great job at building a wonderful cast of diverse and memorable characters, each with their own unique motivations and abilities that directly affect gameplay, from Pogo the caveman’s ability to sniff out nearby prey and enemies, to the Shinobi Oboromaru’s ability to cloak and hide away from enemies, to the futuristic Akira and his ability to teleport and even read minds. While the turn-based combat is rather straightforward and consistent across each short story, you’ll progress through each of them at such a pace that gameplay feels fresh and engaging; not to mention the option of both English and Japanese voice acting, both with add a brand new layer of depth and authenticity to surrounding characters and the narrative itself.

Gameplay is generally solid across the board, taking the same systems and combat flow introduced in the original 1994 version. That being said, general systems and mechanics rarely feel dated or bland thanks to the sheer amount of variety on offer, be it from the unique abilities of each of the seven main protagonists, or the various enemy types that require certain methods, attacks and items for the greatest effect in combat. I must admit, I had never been a huge fan of the JRPG genre as a whole, but rather select turn-based titles that priorities nuanced stories and memorable characters. But from a gameplay perspective, I rarely felt like mechanics overstayed their welcome, in turn presenting new characters abilities and situations in ways that made me feel like a kid on Christmas morning, trying to try out all the different toys they had received at the one time. 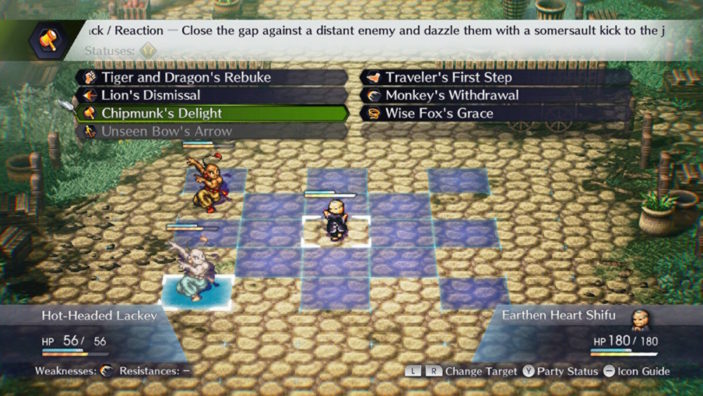 Live A Live relies on a turn-based system, in which characters navigate a set combat grid, selecting enemies and attacks based on range and effectiveness. Sure, each character is given regular direct attack, usable on most enemies, but it’s the ability to utilise and experiment with each character’s ability for the most effective results. The fact that similar mechanics can play out in so many different ways felt repeatedly satisfying, given narrative situations usually encouraged those abilities in the first place. Each ability is gifted to you rather early in the story, so you’ll waste no time learning how to utilise each ability to your advantage. It can be argued that this particular combat system rarely grows beyond the occasional strengthening of your attacks and abilities effectiveness as you level up through repeated combat, but given the length of each chapter at around 5 hours, I came to appreciate the short-winded pace for the sake of newer combat options.

In With the New

Given Live A Live’s intent to stick to the ways of old, it’s not without it’s newer tricks and general polish. While I had never played the original, it only took me a little research to see just how fresh Live A Live’s revamped art style looks; from clean and diverse environments, to detailed character and enemy sprites that resemble their original counterparts. It’s worth noting that all the same environments exist for the sake of authenticity, but with an added sheen of clarity and detail. As previously mentioned, the added voice acting also goes a long way in fleshing out each of the seven protagonists in terms of both narrative and character development. I wouldn’t say the voice acting is particularly great, but given it’s overall rarity within genre throughout the years, is nothing but a welcome addition. 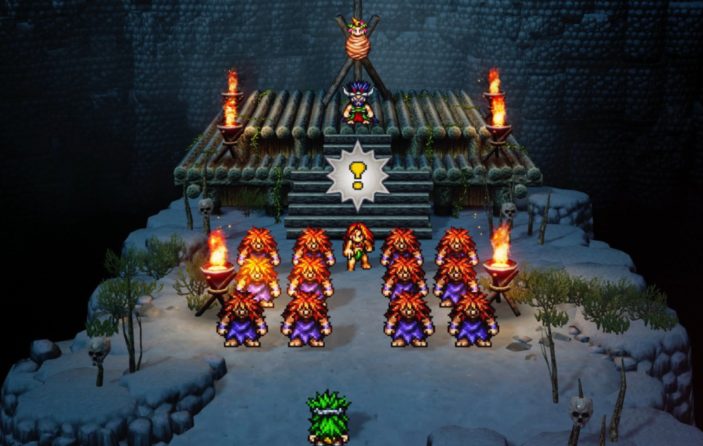 Beyond all these solid aspects, Live A Live unfortunately isn’t perfect. For as well-paced as each of the seven vignettes are, the endgame portion of Live A Live begins to drag, particularly due to the fact that it struggles to shake things up as frequently as it had in the initial hours. Gameplay is functional and the story is rather engaging, but if every JRPG includes an inevitable grind at some point, it’s most definitely here. Be it excessive random battles or the lack of newly introduced abilities and mechanics, you’ll more than likely know at this point if Live A Live is worth sticking around for. Thankfully, there’s just enough tucked away on the horizon that you would greatly benefit from seeing things through, particularly from a storytelling perspective.

As faithful as Live A Live is to its 1994 original, you’d be forgiven for thinking it might have fallen by the wayside in terms of outdated storytelling and gameplay mechanics. Thankfully, Live A Live has received just enough polish to warrant a fantastic and engaging set of stories to be shared with a new generation of gamers, particularly for western audiences, like myself, that are now experiencing Live A Live for the very first time. Small shortcomings aside, Live A Live’s general gameplay and vignettes are deep, nuanced, evenly paced and incredibly relevant, standing as a shining example of the impact that faithful and structured JRPG titles can hold in this modern landscape.