Kirby and the Forgotten Land Review: Suck it up! 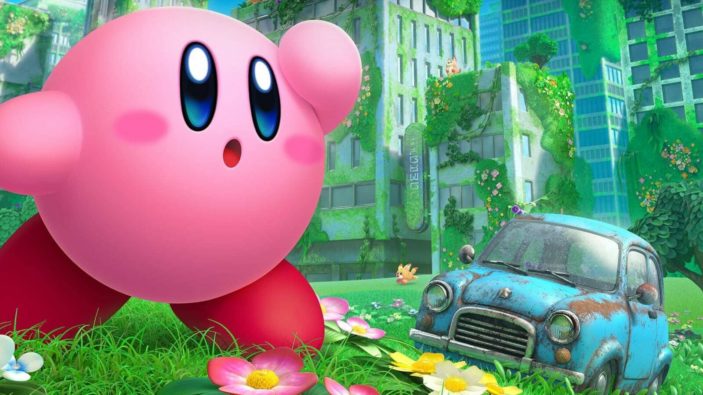 Nintendo’s iconic pink blob is back for a new adventure through an apocalyptic version of Earth. An unlikely setting to say the least, but one that still manages to showcase just how much fun, colour and life is still left in this long-running series. From the opening moments of Kirby and the Forgotten Land, Kirby is seen sucking up a car and cruising along to K-Pop; a strangely fitting intro for an incredible game that revels in it’s comical absurdity and charm. The semi-open world style is a nice change of pace and scope, compared to the previous linear titles. It’s immediately clear that Kirby has indeed survived the test of time , as Kirby and the Forgotten Land feels like a true step forward for the franchise; and one of the best games you can play on a Nintendo Switch today.

A Tale to Inhale

This time around Kirby is sucked into a dystopian world that looks similar enough to a post apocalyptic Earth. What follows in an open-ended romp that sees Kirby doing what he does best; you know the drill. Included are both main story driven and optional side missions and cooperative multiplayer option for those who enjoy playing alongside a friend. An additional Time Trial mode also sees players roaming about environments to collect treasure, which adds pace and variety to previously explored environments. Outside of the story mode, there is simply a whole lot to do and explore. While the story mode lasts for about 10 hours overall, however, there is much more to keep coming back to; a win for those in search of total completion. 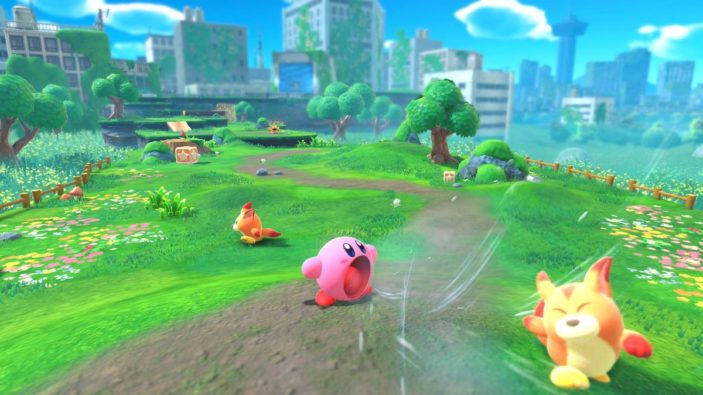 The level design is without a doubt a shining example of both function and variety. While previous titles have felt very cut and paste when it comes to design, this really feels like the developer has stepped up and delivered something truly memorable, visually captivating while consistent in tone. The closest thing I can compare it to is Super Mario Odyssey in terms of style, feel and overall gameplay structure. The environments range from dreary abandoned labs and research buildings to rusting overgrown theme parks and haunted houses, all a joy to explore.

The snappy gameplay and sprawling levels are broken up with incredibly impressive cut scenes that have not been shown with such detail in a Kirby game before. It really feels like a huge step forward for the series and ensures it still has a place in gaming today. The blaring orchestral score goes hand in hand with the punchy visuals and accessible yet addictive gameplay. Kirby’s moves this time around have been expanded to include a new mode called Mouthful, allowing Kirby to swallow items like light bulbs, traffic cones and cars, unlocking a whole new set of skills and abilities while still incorporating classics like the fire and hammer abilities. Thankfully, these often lead to the most hilarious and charming moments in the game. 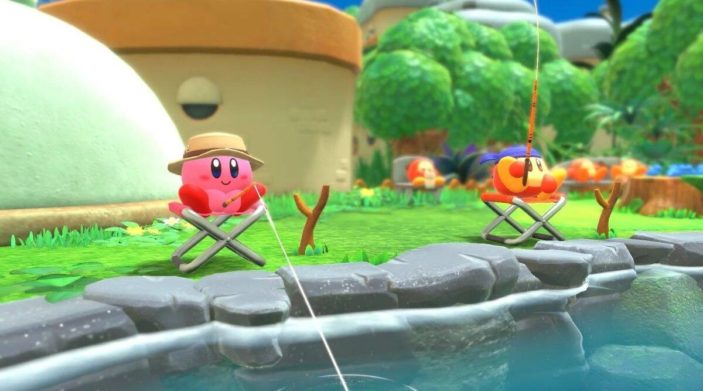 Seeing Kirby in 3D after a slew of previous 2D titles feels like a natural progression for this series. It is a brave move that has translated flawlessly to the Nintendo Switch. While exploring the levels, you’ll collect stars to upgrade Kirby’s abilities and any of the adorable Waddle Dee’s you rescue, upon which you can then access Waddle Dee Town and take part in various mini-games, unlocking new abilities and upgrades in the process.

Upon completing the game, you’ll unlock Wild Mode, a mode that increases the difficulty of each level, allowing you to unlock collectibles and additional level objectives. The initial playthrough is definitely aimed at casual gamers and with a short runtime, you’ll have learned to master Kirby’s abilities and push the story along at a brisk pace. Having this additional mode complete with extra collectibles was definitely a great incentive; I was most definitely sucked back in for a second playthrough. 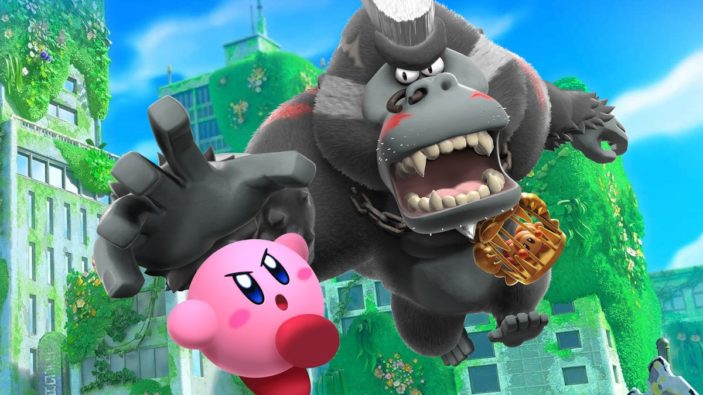 Kirby has truly smashed into the next generation with Kirby and the Forgotten Land with a swift transition from 2D to 3D. Aside from the crisp visuals, a bunch of new moves and power-ups broaden Kirby as a character, while giving players a chance to explore diverse new worlds. If you are new to Kirby or a seasoned pro, you will more than likely find something in Kirby and the Forgotten Land that is sure to bring you back for more. Kirby might suck, but this game definitely does not.