Telltale, The Beginner’s Guide and the inherent artistic value of narrative-based video games

As the medium has grown in complexity and ambition, the debate over whether or not video games can be considered art has continued unabated. The mixture of media elements that influence game development, from gameplay to graphics, art, sound design and narrative all lend themselves to the idea that games can be considered art, but many do not agree. Through the elements that create a video game, can art be created? Obviously “beauty is within the eye of the beholder” — one can find artistic value in anything created by an individual — but as a medium that has seemingly been in a state of “emergence” for the past 30 years, can we now look back on video games are artistic pieces?

This is a broad topic — I’m attempting to apply art theory to an entire medium. For simplicity’s sake, this piece will discuss narrative games; and how disparate elements are fused to make narrative-based games artistic.

The header image at the top of this article comes from The Beginners Guide, a title I consider one of the greatest narrative games ever made. The Beginner’s Guide is a type of game that is winkingly referred to as a walking simulator — players often walk their characters through each level of the game, typically in first person, and are allowed to stop an inspect any number of narrative elements within the environment at their own pace. Walking simulators can typically be completed in a couple of hours, are not often overly complex and usually feature a single playable character. As players progress, The Beginner’s Guide is overlaid with narration recorded by its creator Davey Wreden, who speaks at length about a fictional relationship with a fellow game developer he calls “Coda.”

Wreden walks the player through a series of games created by Coda and later abandoned, games that Wreden seems desperate to show the world. As it goes on, the game rapidly becomes an interesting insight into ambition, creativity and the unscrupulous places those powerful drives can take us.

There’s a lot of conjecture around what The Beginners Guide is trying to say. Here’s a take from Patrick Klepek, now senior reporter at Waypoint, then at Kotaku: (Spoilers):

Wreden and Coda are the same person, representing parts aspects of Wreden’s personality. The narrator is the excited and bouncy developer who gives fascinating talks at the Game Developers Conference, craving and actively seeking outward validation. Coda is the existentially distraught developer who wrote and drew a lengthy comic about the anxieties of success and how it made them feel depressed.

You can read Patrick’s full piece over at Kotaku and I urge you to do so.

While I’m willing to get behind this theory, I’m also open-minded enough to accept if Wreden announced tomorrow that the whole thing was an artistic endeavour to create a game nobody had ever seen before. I am, however, not willing to negate the fact that Wreden’s personal life and outlooks on the world impacted the development of this game. In my mind, that denotes the game as a work of art. The Beginner’s Guide is not a lifeless husk of a game — it contains multitudes and, by the final act, you may be overwhelmed.

We also shouldn’t negate the fact that The Beginners Guide had a small, but competent team behind its development. The elements that went into the creation of The Beginner’s Guide, no matter how intensely edited from their original conception, were created to inform the narrative angle of the game. The sounds, the art on screen, the choice to narrate over the walking, the opportunities the player gets to interact with the worlds around them. This game is art.

Let’s look at a bigger, more contemporary picture, supported by a Hideo Kojima quote from this piece by Ellie Gibson, contributor at Eurogamer, in which the Metal Gear Solid auteur argues that games are more of a “service” of art.

“For better or worse, what I do, Hideo Kojima, myself, is run the museum and also create the art that’s displayed in the museum.”

Let’s apply that to one of the biggest gaming stories of the year — the closure of Telltale Games — and their most well-received title, The Walking Dead: Season 1. 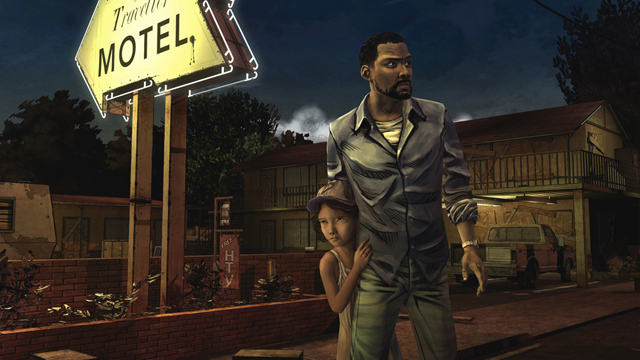 The news of Telltale closing its doors was truly disheartening, and the news of their former employees no benefits or closure from their employers is equally disgusting. When Telltale’s The Walking Dead: Season 1 was released, it rocked the world. Seemingly out of nowhere, a narrative-based game with unique art direction had swept award ceremonies with constant wins. It was one of the first games to rise through YouTube popularity through Lets Plays, with the likes of Markiplier and Pewdiepie giving the game the attention it deserved.

The Telltale team should be proud of constantly creating memorable video game experiences. Today, we can reflect back on Telltale’s The Walking Dead: Season 1 as an artistic master stroke — I hold it in the same regard I hold The Beginner’s Guide. It tried something new, it pushed boundaries and, like all great art, it had something it wanted to say.

There’s so many unique elements at play with this game. The art style is incredible, the direction and pacing is so well written, and the narrative is truly compelling. Perhaps Telltale’s The Walking Dead: Season 1 is an ark of accomplishment for the developers, showcasing their artistic merit through an interesting game-play experience. The director runs the museum, curates what goes and what comes in, and the expression of the developers has been pumped into the development of the episodes.

May Telltale’s former employees find opportunities soon — their collaboration will surely be missed.

I hope my ramblings make some sense — the expression of developers funnelled into the development process forms the art. Perhaps Kojima’s analogy of the museum is the best way to contain Video Games and their association as art — but the museum itself can be a work of art too.