God Eater 3: Ranking The Cute Anime Boys of the Ashlands

Over the last week, I’ve been playing God Eater 3. It’s a snappy, mayhem-filled romp where you take down titanic beasts called Aragami with your team of fellow God Eaters. The game is filled with cool swords, cool guns and cool combat. One might say it just oozes cool.

But, I’m not actually here to review God Eater 3. I was going to review God Eater 3, but then I had a better idea. I’m here to talk about boys — cute anime boys, to be specific. This title is full of them, and they’re all great. There’s also cute anime girls, but with their stereotypically revealing costume designs and jiggling boob physics, they’re going to be under enough scrutiny as it is. It’s only fair that we balance it out with some subtle male objectification.

When you begin the game, your core team is made up of Zeke, Hugo and your customisable protagonist — all certified Cute Anime Boys. Also, they have huge guns. So not only are they cute, they’re also deadly. What follows is a very serious, definitive ranking of these boys and everything they have to offer. Take it away, boys. 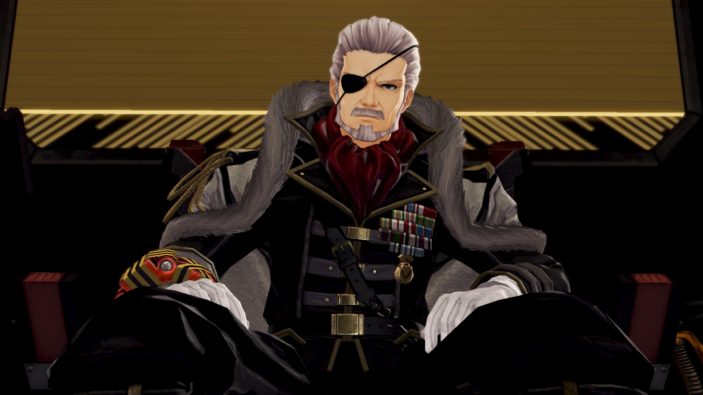 Abraham is not a cute anime boy. He’s a cute anime man. He’s also the commander-in-chief of Gleipnir, an army division responsible for the recruitment of child soldiers into a war they don’t want to fight. But that’s none of my business.

Abraham has got some serious daddy vibes, and the eye patch and cravat make him look like a hot pirate. The fur coat is an added bonus – we love a man with utility. Still, can’t quite get past the whole ‘child soldiers’ thing, so to the bottom of the list he goes. 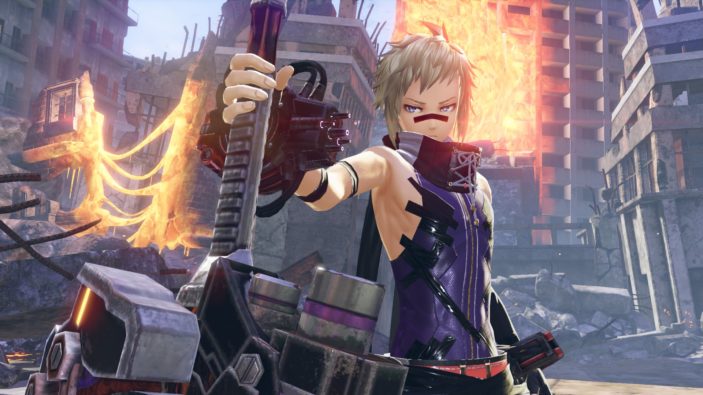 Zeke’s introduced early on in the game, and fits pretty neatly in the ‘prankster’ stereotype. In fact, he can be a bit of an arsehole, but I guess it’s in a loveable way? He’s got a cool costume, at least – even if it makes no sense. Why does he need so neck protection? If he’s cold, maybe he should’ve worn a jacket. I guess he wouldn’t be able to show off his weedy little arms, then.

Zeke, like the other lads in Pennywort Port, has a tragic backstory. He’s been separated from his younger brother and it’s very sad. I would have paid attention, but I was too busy figuring out what was going on with his neck.

The protagonist in God Eater 3 is customisable, so he’s only as hot as you make him. I stuck with the default design, because he’s shockingly gorgeous and definitely classifies as a Cute Anime Boy. From his side swept My Chemical Romance hair to the cheekbone-accentuating black tape, the protagonist is absolutely dreamy.

His ice blue eyes just scream, “help, I’ve been abducted by a sinister organisation and they’re forcing me to fight monsters with my mutant arm guns!” I want to protect him.

Here he is — the main event. Hugo is the strongest and sassiest of the protagonists, with a cool costume and an even cooler attitude. He’s also very good at striking a pose on the battlefield – even when the world’s in danger, there’s always time for good looks.

His costume is top notch, with enough belts and pouches to make even Rob Liefeld proud. Plus, he has a big ass sword — you know the ladies like big swords.

God Eater 3 releases in Australia on February 8th, 2019 on PlayStation 4 and Windows PC.

This steamy anime boy content was brought to you thanks to a retail code provided by the team at BANDAI NAMCO Entertainment.