Ghostbusters: The Video Game launched in 2009 to great commercial and critical success, a rarity for a licensed game. It boasted an in-canon story following the events of Ghostbusters 2 and the entire original cast — Dan Aykroyd, Bill Murray, Ernie Hudson and the late, great Harold Ramis — reprised their iconic roles.

In today’s landscape of remakes and remasters, it only seemed like a matter of time before Ghostbusters: The Video Game made a comeback. Where this remaster suffers is in its neccessity — a good remaster aims to preserve or update an older title for posterity. Strong as it was, I’m not sure who was asking for a Ghostbusters: The Video Game remaster. Indeed developer Terminal Reality don’t seem too sure which of the game’s aspects actually need work. The game runs in lovely 4K resolution with a silky smooth frame rate but other changes are few and far between.

Who You Gonna Call

As stated, Ghostbusters: The Video Game is an authentic representation of the property at the height of its popularity. It’s 1991 and, after saving New York City from Viggo the Carpathian, the Ghostbusters are resurgent. You are the squad’s newest recruit, hired by Ray Stantz to assist during the busy Thanksgiving period. The story goes to some truly interesting places and revolves around an unknown inter-dimensional force arriving to plague New York City.

The less said about the story the better — it’s genuinely great. Written by Aykroyd and Ramis themselves, the story is reportedly based on Aykroyd’s own unproduced script for Ghostbusters 3. 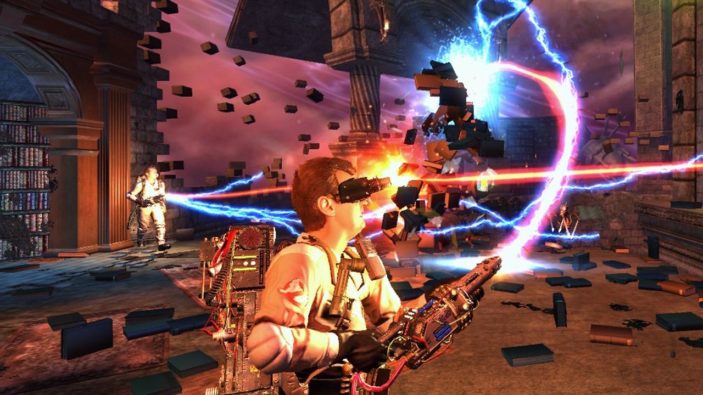 The roughly 10 hour story takes players on the Ghostbusters tour they never knew they wanted. It’s authentic, clever, and extremely funny. Developer Terminal Reality are to be lauded for how well they’ve steeped the game in both the property and era. From the original Columbia Pictures opener to the effect of the proton lasers, a profound love for the franchiseis obvious.

The gameplay isn’t quite as strong as the presentation. Ghostbusters: The Video Game spends assumes a lot of prior knowledge — if you’re playing a Ghostbusters game then you must be a fan, right?

Despite some simple combat, the game still gets a few decent battles in. You blast ghosts repeatedly to drain their health bar before throwing out your ghost trap, locking them inside. The game also observes the “don’t cross the streams” rule. Crossing them creates a damaging explosion. If there’s a drawback here its that the screen can become cluttered with lasers and fire going in every direction.

Later, you can access various charge attacks. They add some variety to combat, and its good to see them used in a bit of puzzle-solving. This is the game trying to shake things up, and its appreciated, but for the most part combat boils down to Blast Enemy, Hit Em With The Trap, Success. While certainly not unbearable, it did become repetitive. Linear level design and an overall lack of variety doesn’t help matters. There are so many missed opportunities — why not give each Ghostbuster a unique ability and let players jump between them? Let me drive the damn Ecto-1 through a ghost-plagued New York. It feels like there’s so much more you could be doing. 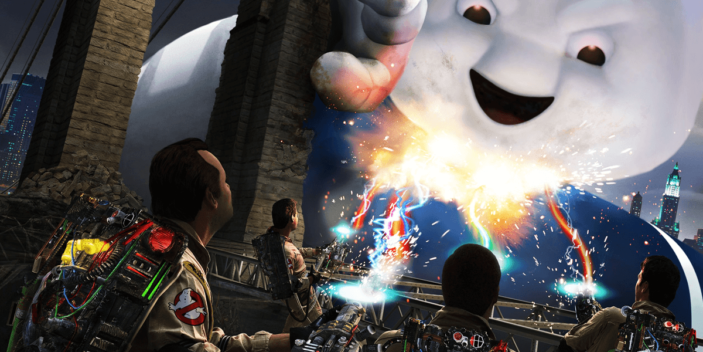 Hey, Who Brought The Dog?

So that’s the game. But how does it fare as a remaster? This is hard to judge. Ghostbusters feels content to do the bare minimum of what could be considered a remaster. While gameplay resolution has been bumped up to 4K, but pre-rendered cutscenes have not.

Facial animations are still quite wooden and were ripe for general tweaking. Instead, its the same blank expressions delivering genuinely funny lines in the hope you’ll read it as sarcasm. I’m disappointed that while it does benefit from the up-rez, that doesn’t keep it from feeling a bit old. For all the time and effort that has clearly gone into the original experience, I found myself wondering who beyond the most die-hard Ghostbusters super fan would be aching to jump in.

Ghostbusters: The Video Game Remastered retains a lot of what made the 2009 original so good — solid performances, great story and strong attention to detail. While it feels dated, it is in many respects an excellent example of licensed games done right. As a remaster, it just doesn’t do enough to justify its existence outside of appealing to ultrafans. I can only hope the 2020 Ghostbusters film is made with anything close to the same love and care.