Everybody’s favourite flaming 90’s mascot is back (again) in Spyro Reignited Trilogy, a collection of the first three entries in the franchise (and the only ones worth playing). Charting Spyro’s adventures across the Dragon Kingdom, Avalar and the Forgotten Worlds, the trilogy is presented in shiny remastered format, breathing life back into what had become a dead-end franchise.

The art direction and subtle changes to the world designs are stunning, taking inspiration from the core game and reworking them for modern graphics. Each world has been lovingly recreated, with previously murky textures and characters given a shiny new makeover. The most interesting thing as a returning Spyro tragic is seeing all the ways in which characters have been reimagined. 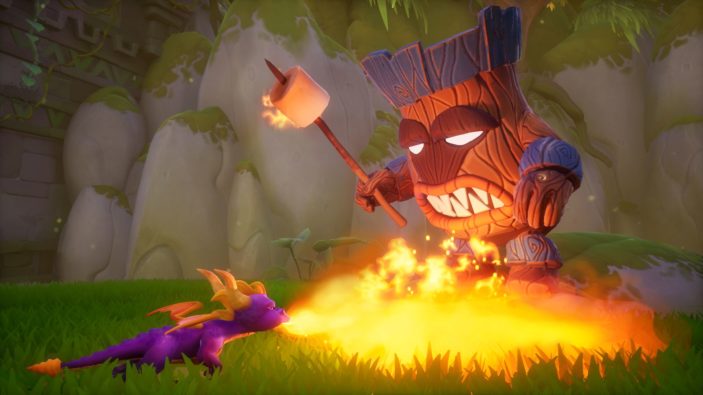 Some designs veer wildly from their original source, like Sheila and Elora, who’ve been redesigned in a more cutesy and feminine way (a tricky question of whether this was overly necessary looms). Others, including Spyro, feel like they’ve leapt right from the original game into new worlds. Enemies that were previously grimy, vague shapes now have interesting new forms, with the earth creatures from Treetops now resembling apes and the spiders in the High Caves looking less like nightmare fuckmonsters and more like y’know, actual spiders.

For those new to the franchise, there are all kinds of delights to discover across the three titles. The best of the collection is the third entry, Year of the Dragon, which features: a skateboarding dragon, an army sergeant penguin, a baseball-bat-wielding yeti and secret agent monkey named Agent 9 (who very nearly featured in his own game).

In all three titles, you’ll find a delightful mix of pure 90’s platformer and stylish modern graphics. Though the earliest entry, Spyro the Dragon, may seem a little bare bones to some, limited as it was by the gaming technologies of 1998. The action is simple – Spyro runs around collecting gems, flaming enemies, saving dragons and retrieving eggs. Occasionally, he’ll enter a special boss level or a time trial flying level, mixing up the action enough to keep it fresh. Later entries feature more puzzle solving, orb collecting and crate smashing, and even introduce new playable characters in Sheila, Sgt. Bird, Agent 9 and Bentley. Also, the final title introduces cowboy dinosaurs. Cowboy dinosaurs. What’s not to love? 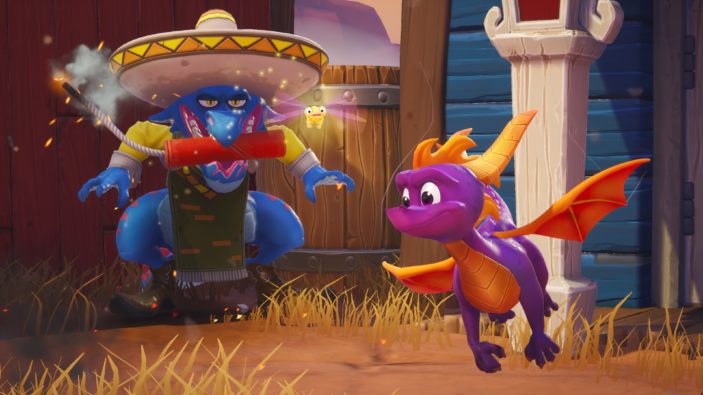 I’ve spoken before about how the Spyro franchise was one of my first real loves in gaming, and playing through the trilogy was a fresh injection of childhood nostalgia – but that’s not to say that the feeling clouded my vision. Spyro harkens back to a time when gaming was pure, when charming 3D platformers were the norm and wholesomeness reigned supreme. Gaming has moved on since then.

The majority of 3D platformers released now are designed exclusively to capitalise on that same nostalgia I felt while playing through the Spyro Reignited Trilogy. They often fall short of the mark simply because the industry has moved on. 3D platformers represent a simplistic and idealistic time in gaming that was often limited by the technology available. 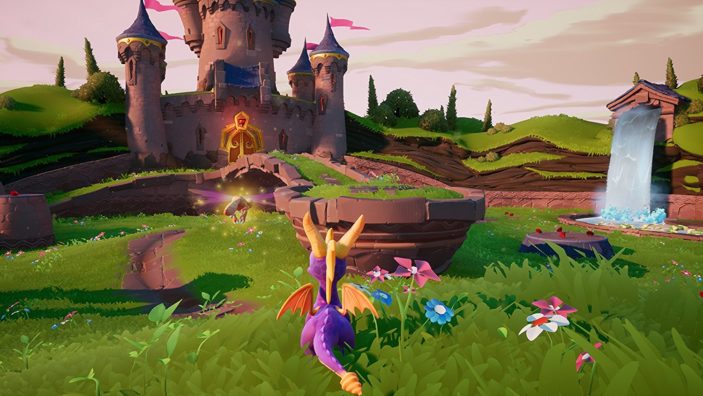 The worlds in Spyro are domed, microcosm worlds, designed in a realm of unending horizons. The action is now blasé and commonplace, taken over by frenetic, fast-paced shootouts and worlds packed with tasks to complete. In a way, Spyro‘s minimalism is peaceful, but it feels at odds with the current gaming landscape. The days of cutesy mascots are over, and while I loved my time with the trilogy, it can’t help but feel dated.

Detrimentally, the trilogy also suffers from an extremely choppy frame rate and frequent object clipping. These are the kind of issues that you’d expect would have been addressed by the months long delay on the title, but they remain a prominent feature. 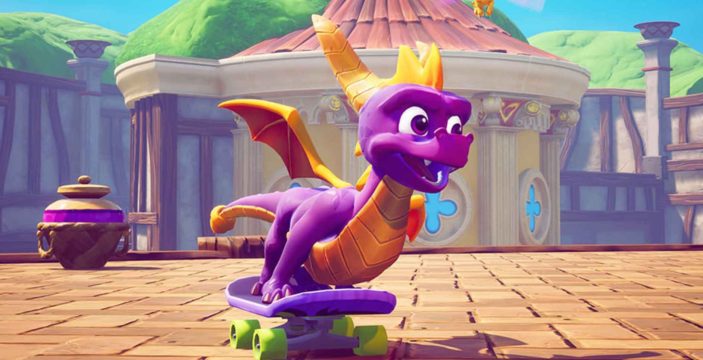 In parts of Spyro the Dragon, the frame rate drops made the action nearly unwatchable, and several times I clipped through walls or had the camera clip right through Spyro’s head. This issue featured across all the titles I played, and made for a downright frustrating issue at times. Hopefully with enough time, this issue will be patched out but right now, the game needs a little bit more TLC to become completely stable.

My time with the Spyro Reignited Trilogy was bittersweet. The love and care that has clearly been placed into the game shines through in all three titles, and as a collection of what made gaming so fun in the 90’s, and it is a welcome reminder of one of gaming’s greats. Newer fans might have trouble digging a hole to find treasure, but for those who grew up with this cute little dragon, the bounty is plentiful.

Reviewed on a PlayStation 4 Pro with a retail code provided by the publisher.