Games Review: Pokémon Let’s Go Pikachu (Switch, 2018) is a pure and wholesome adventure through the very best of Pokémon

Pokémon Let’s Go Pikachu/Eevee had its fair share of doubters when it was first announced. A very small but very loud minority decried every new announcement, complaining that the new title would be too easy and kid-friendly. Ironically, it’s this ease and accessibility that makes the title shine so brightly.

Essentially, Let’s Go is a fancy, ground up remaster of Pokémon Yellow, which was an enhanced port of the original Pokémon Red and Blue. Counting this entry, Yellow and the paired LeafGreen and FireRed Game Boy Advance titles, this marks the third iteration of the original Pokémon title. It’s clear to see why it’s the best, with a simple but balanced linear story, memorable cities to explore and a range of iconic Pokémon to catch. 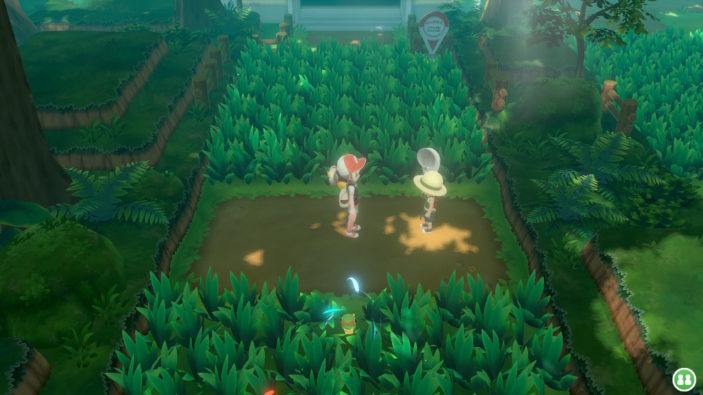 Let’s Go takes the classic Red/Blue formula and mashes it with brilliant new graphics, a smattering of brand new and updated content alongside a brand new Pokémon catching system inspired by the popular Pokémon GO mobile title. In truth, Let’s Go’s reliance on the success of GO for its marketing campaign has been to its detriment, with a lot of the vitriol from fans directly relating to the perceived shallowness of GO‘s gameplay and concern over its inclusion in a mainline title.

The loss of wild Pokémon battles has, in this writer’s opinion, enhanced the title immensely, despite initial concerns. The reduction of random encounters in the wild makes exploring new terrains pure joy, and with the option to pick and choose which Pokémon to run after, gameplay has become a far more enjoyable breeze. 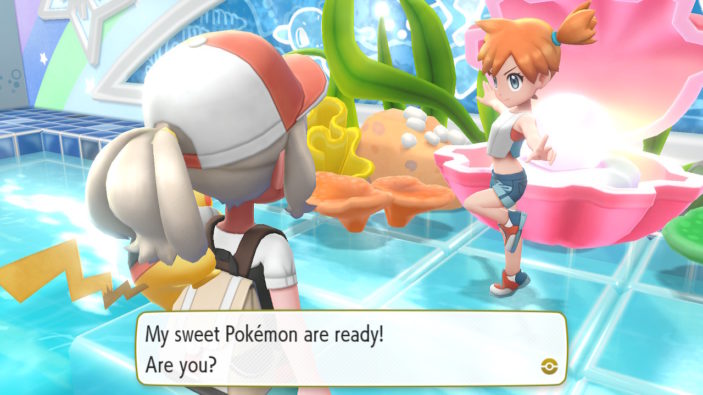 That’s not to say that the title isn’t hard, either. Levelling remains a chore despite shared experience gain, and ground and grass-type Pokémon are an absolute nightmare if you’ve focused solely on levelling your Pikachu. Certain gyms will present a frustrating obstacle too, like in Celadon City where Erika reigns supreme with her Mega Drain-powered Vileplume. 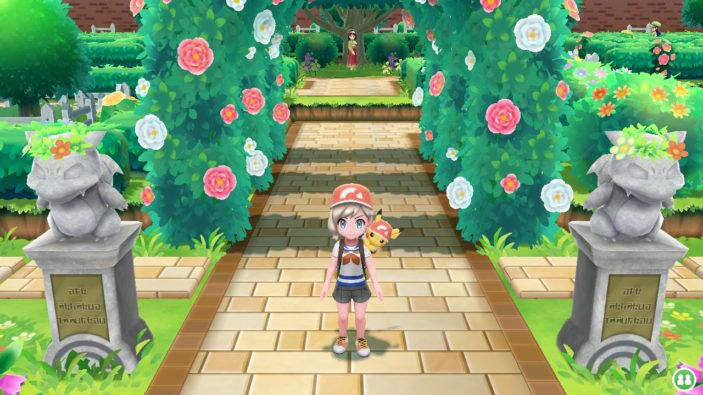 While traversing the many towns and cities of Kanto, each of the 151 original Pokémon make appearances, and a few more besides (although you’ll have to search for the sneaky additions). Catching gameplay functions very much like GO, with a Pokéball required to be thrown at just the right moment to catch your target. It makes the entire catching and collecting process extremely accessible and a lot of fun. 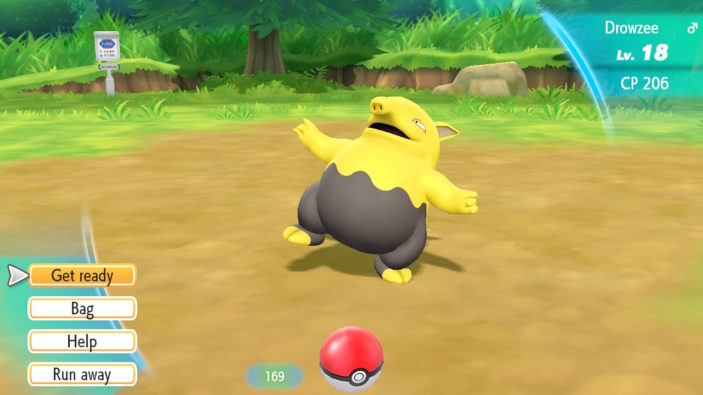 Those who forked out a little extra for the Pokéball Plus (priced between $50-70 depending on supplier) will find an extra little glimmer of joy in Pokémon catching, as the little device works like a charm. The Plus features a speaker and vibrations to bring your Pokémon journey to life, and while it occasionally sends balls flying in the wrong direction, for the most part it’s an extremely fun and well designed little gimmick.

When not using Let’s Go, players are also able to zap their favourite Pokémon into the Pokéball and take them for a walk, complete with dishevelled sounding cries every time you shake the ball. This will also help to level up your favourite Pokémon when not directly using the game.

Having said that, the Pokéball Plus is not overly necessary to play the main game, despite how neat it is. Players can choose from a variety of options including duel handheld mode, single remote gameplay and the aforementioned Pokéball Plus option. In a cool bit of gameplay design, the entire game is able to played one handed, opening up a range of accessibility options. 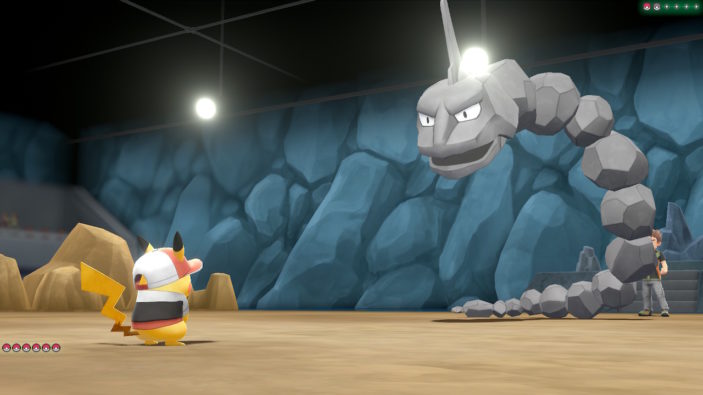 In both handheld and docked modes, the game plays brilliantly, with cutesy and polished graphics that pop on the screen. It’s one of the prettiest titles on the Switch, and with a range of environments to explore, there’s plenty to delight the senses.

Those who feared Pokémon GO would dilute the appeal of this entry should be delighted to be proven wrong with this title. With gorgeous and extremely fun gameplay, Let’s Go represents the very best of Pokémon, injecting the formula with a generous dose of excitement, originality and wholesomeness. With its brilliant and all-new approach to the franchise, this title is a must buy for the Switch.

This title was reviewed on a Nintendo Switch with a pre-release retail code provided by the publisher.