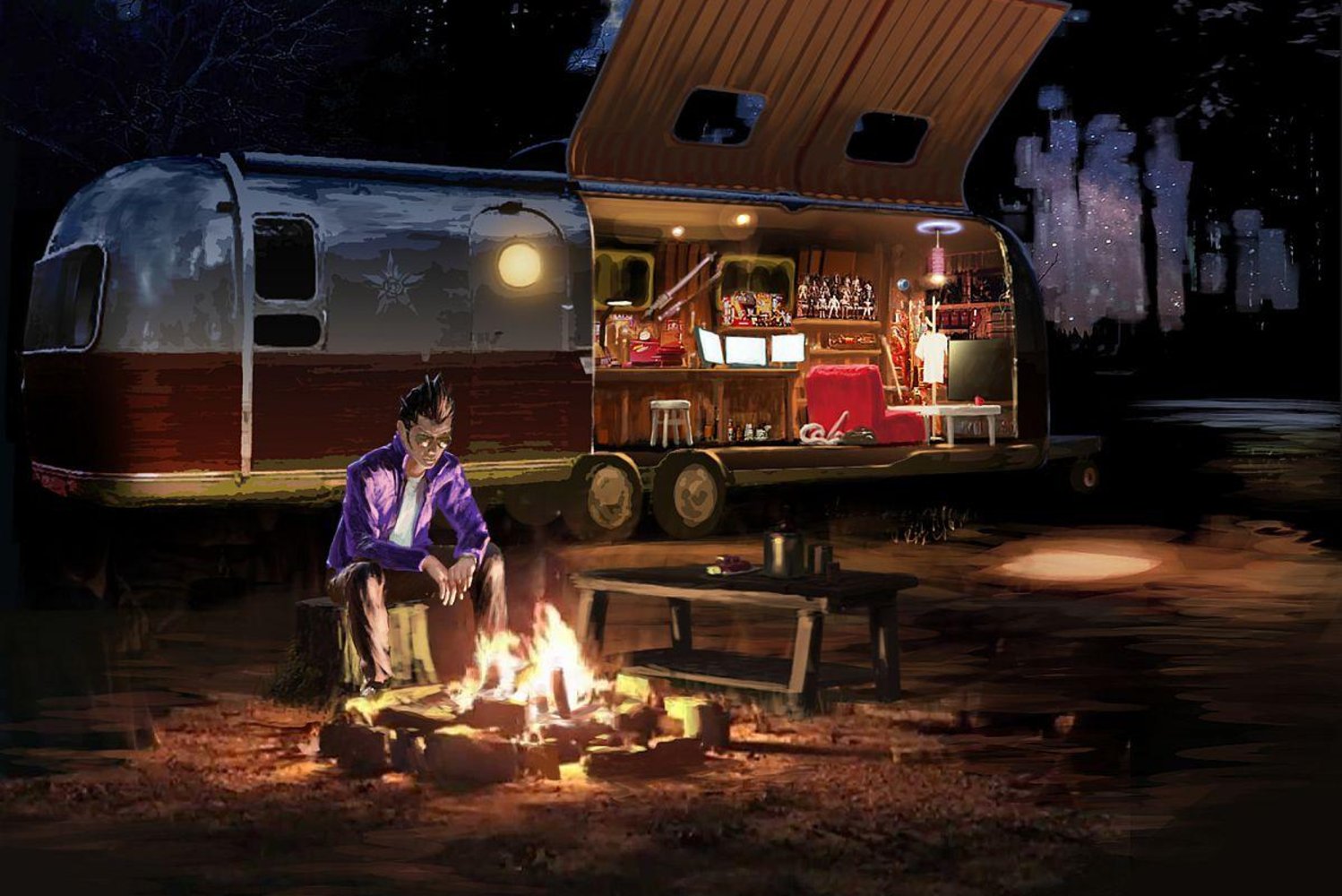 If you don’t own a Death Drive Mk II then who even are you? Don’t answer that question; one should not feel guilty if they haven’t heard of the latest gaming console to take the world by storm. That’s because the DDMKII is a fictitious, Black Mirror-esque beast of a machine that doesn’t exist; at least not in the real world. You’ll only find it in Travis Strikes Again: No More Heroes (TSA), the latest title overseen by enigmatic auteur Goichi Suda, popularly known as Suda51, who has enthusiastically jumped back into the gaming director’s chair for the first time since 2008’s Fatal Frame: Mask of the Lunar Eclipse.

Sure, Suda has been spotted working on many games since then as a higher up at Grasshopper Manufacture, including Lollipop Chainsaw and Killer is Dead, but this is the first time the gaming veteran has had such sovereignty to truly chisel his oddball visions into a new-gen gaming title. And how glorious those oddball visions are.

The Death Drive (Mk II) is a gaming console originally developed as a personal data-collecting project intended to clone its users on Mars. That is, of course, until it was repurposed by the CIA who want to use the data to create “murder machines” on Earth. To stop this, bugs were planted in the device’s mother machine while it was still in development, effectively preventing it from working properly.

Travis Touchdown, the protagonist assassin of Suda’s weirdly wonderful No More Heroes franchise, acquires one of these Death Drives, and retires to a secluded camper van to binge on video games. That is, until he is tracked down by Bad Man, who wants revenge on Travis for the murder of his daughter. The two get into it, and are suddenly plunged into video game hell as the Death Drive sucks them into a pixelated world of pastiche retro gaming and hack-and-slash action.

Weird? Doesn’t make sense? Good. Suda51 and his team at Grasshopper have never seemed to care how their games or storylines are received by the wider gaming world, possessing this oddly magnetic confidence that has earned trust over the years – despite a few misfires – and led to an enthusiastic cult following. To hammer that point home, TSA, essentially an indie spin-off from No More Heroes 1 and 2, leans heavily on both self-deprecating humour and an almost vindicating and defensive form of sarcasm, mocking everything from Metacritic scores to other games – both indie and AAA – but always with a tender, genuinely hilarious tone. 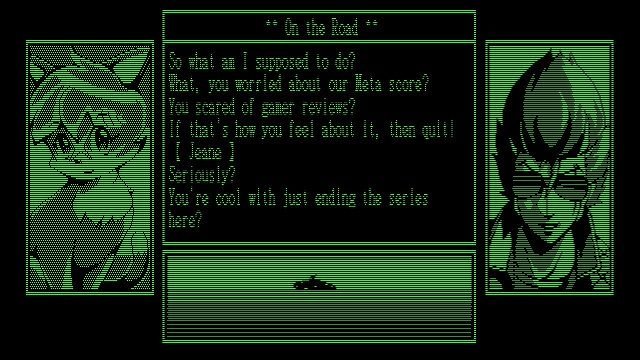 Those who don’t find it endearing just aren’t paying close enough attention to all the wonderful details put into TSA, from the numerous texts of “Grandpa’s Wisdom” – mouthpieces for Suda’s iconoclastic muses on everything from underappreciated Japanese sweets to indie games – delivered by blotchy patches in the Death Drive’s broken system, to a dedicated ramen blog, which you run and can check between levels using a computer. Informative blurbs on the many different types of ramen are collected and added to the blog as you progress through the game (ramen stands can be found scattered throughout the levels, replenishing health immediately). It’s a lot more fascinating than most collectibles in AAA titles, and works alongside the typical No More Heroes quirks – saving the game by taking a dump, for example – and bucketloads of pop, movie and gaming references to build TSA’s own mythology into endless entertainment.

There is hardly ever a dull moment for Travis Touchdown and Bad Man (your drop-in, drop-out co-op partner, who can also take the lead in solo play), that is until it comes to the actual gameplay. While the many (many) nuances and fascinating knots in the story are Suda51 at his very best, the arcade homage that is split across six different Death Drive games can feel both addictively repetitive and frustratingly repetitive, as the tonal and graphical shifts are tied together by the nondescript action.

The first game Travis/Bad Man [look, I’m just going to write Travis from now on] is sucked into is Electric Thunder Tiger II, a classic retro throwback of the top-down hack-and-slash that introduces you to endless waves of morbidly transfigured game bugs who ironically, as far as the plot goes, are the only things standing in between the CIA and their dastardly plans. Your goal is to hack them all into oblivion, using a trusty beam katana which has depleting batteries that can be refilled every so often by (in handheld mode, at least) holding the left joystick down and mildly shaking the Switch up and down. At least a bit of dynamism is important, so there are a few RPG elements combined with multiple attacks and mapped skills that can be worked into various combos and play styles. 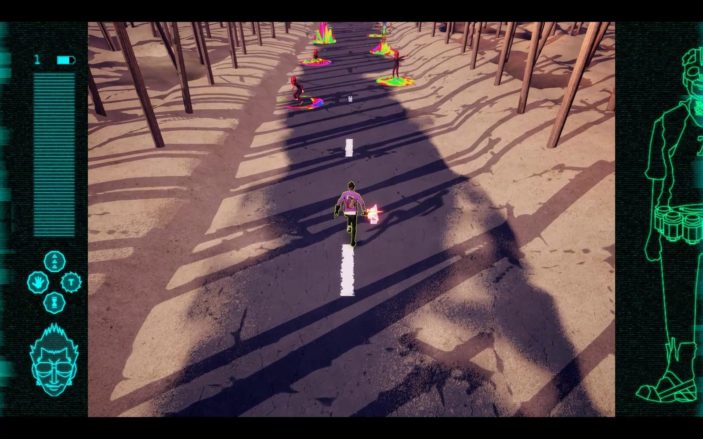 It’s fun, if not somewhat inane and monotonous, switched up every so often by mini and final boss fights which are brilliantly drawn and lead to some really entertaining dialogue, but ultimately just require pattern recognition and button mashing. The issue here is that the battle with the bugs is carried across all six games, only really going through superficial changes as Suda51 uses the mechanic to sew together different styles of gaming, from puzzle solving to racing. It’s the defining mark of TSA’s gameplay and art style, allowing the Grasshopper team to violently mash together different inspirations and use the throughlines as glue, but that kinetic energy is often dulled by the rinse-and-repeat run.

The throwback aesthetics work brilliantly, for the most part. Though the game’s lo-fi 80’s graphics and VHS inspired art style may look suboptimal at first, there’s a shining quality to the illustrations that don’t just rely on the conceit to get TSA over the line. This includes a charmingly botched graphic novel which pushes the narrative forward between games and features the biggest chunks of weird, surreal comedy almost as if Suda was channelling the works of Haruki Murakami as he spun Travis into a quest to collect six death balls, in accordance with DDMKII legend. 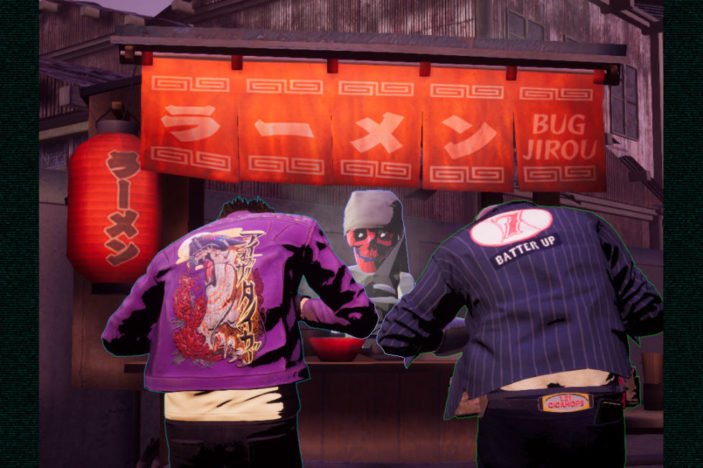 Those waiting for the hopeful release of No More Heroes 3 should be pleasantly surprised by Travis Strikes Again. Fans of the franchise were understandably suspicious when the unpolished trailer for this was released, but its ambitious nightmarish whole simply cannot be properly appreciated within just a couple of minutes. With the game’s core only requiring around 10 hours, and an affordable price point (it’ll be around 30-40 bucks on the Nintendo eShop), there’s little reason not to go pick up this beautiful mess of an indie spin-off game right now, even if it’s mainly to appreciate Suda’s eccentric writing.