Most of us went through a Shonen Jump phase at one point or another in our lives, whether it was inspired by Naruto, Goku, Ichigo or any of the other dozens of characters that have shined in the magazine over the years. Jump Force brings their worlds back to life, leveraging the nostalgia and dedication of classic Shonen Jump fans to create a blockbuster entry in the long-running franchise.

The naive among us might think that Shonen Jump’s classic formula would be the perfect background for an epic crossover spectacular, and they’d be right, mostly. To put it kindly, Jump Force is like a fever dream — the kind that I’d have been likely to dream up as a Naruto and Bleach-obsessed 15 year old. 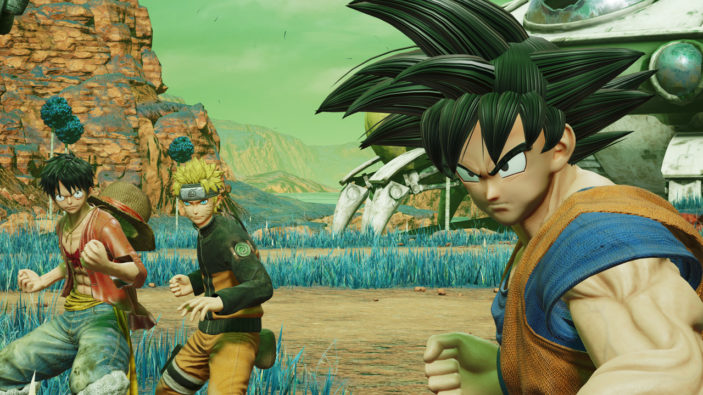 In this fever dream, Jump Force would be a phenomenon, a blockbuster entry into the fighting game genre. It would blow hearts and minds with its tale of friendship, heroism and believing in your dreams as the greatest anime franchises came together in deadly, bombastic battles. But a dream is just that, and Jump Force is nothing of the sort.

To put it as simply and objectively as possible, the game is … not great. Marred by uncanny valley cutscenes and graphics that would look homely during the PlayStation 2 era, even the solid fighting mechanics are unconvincing. While stubborn players might be able to find some fun in the over-the-top, high-impact fighting style, it’s only a couple of steps up from a strategy-free buttonmasher.

Taking on the role of classic Shonen Jump characters like Naruto, Luffy, Goku, Ichigo and Deku (or your own, customisable John Doe), you fight in one of three fighting styles inspired by their anime counterparts. Characters can perform all of their classic moves, from Naruto’s Rasengan to Deku’s Detroit Smash, and the moves pack an almighty punch. 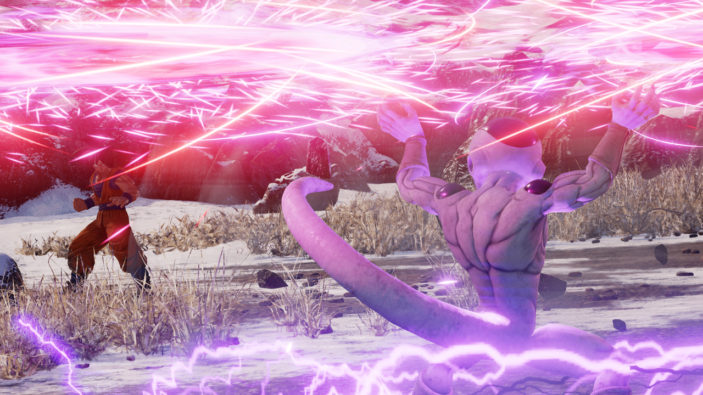 It’s just a shame that the mostly fun (and relatively addictive) gameplay is so bogged down by… everything else. The memes bred from the poorly animated Jump Force cutscenes aren’t an exaggeration in any way – this game has some of the most poorly animated models this side of next-gen consoles. Not only that, but the bizarre ‘realistic’ style makes many of its character models seem oddly plastic, often steering the game into uncanny valley territory.

Now, to the story. Ah, the story. That aforementioned fanfiction fever dream? That’s the best way to describe the story of Jump Force, which features evil-filled cubes that can take over your mind, villains taking over New York and Freiza probably doing some dumb shit – I don’t know, I tuned out after the first series of badly-written monologues.

After the story intro, players are taken to a hub world, and just kind of left to wander around talking to some stock characters with names like Brandon and Chad. You can ride around on a frog if you wish, but it’s simply a badly rendered texture that lets you glide along the floor. 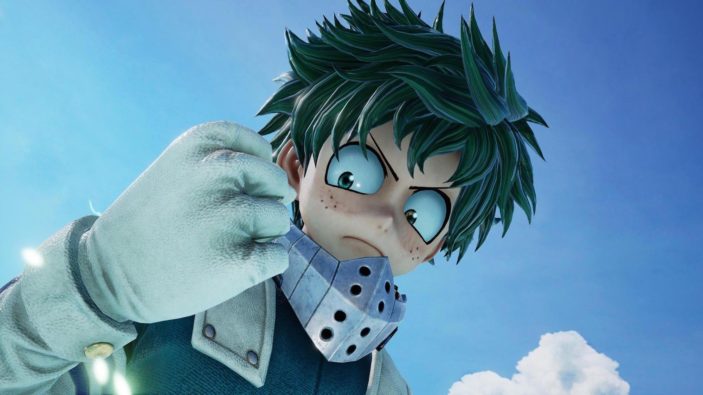 There’s missions to do and battles to undertake, but beyond that, it all seems a bit … empty. I say it’s a shame, because this review is coming to you from someone who has at least 13 Naruto statues in their room. As someone who lived and breathed anime growing up, and still enjoys it on occasion, Jump Force felt like the death-knell of my passion for the genre. It’s empty and vapid, and the biggest shame is that it could have been so good.

Those looking to enjoy a game with a fun story and solid gameplay won’t find it here, but if you maybe don’t care for quality, or you don’t value your hopes and dreams – then Jump Force is the game for you.