Games Review: For Honor: Marching Fire is DLC Worth Returning For

For Honor made a few splashes when it debuted in early 2017, showing off some impressive combat mechanics topped off with a varied and intriguing mix of knights, vikings and samurai all duking it out for territorial supremacy. While I had enjoyed For Honor immensely, I won’t lie when I say I fell off the wagon quite some time ago. But with Marching Fire, the latest DLC to hit the title, there may just be a reason to come back, and stay this time.

Marching Fire may very well be the most ambitious and well implemented piece of DLC released for the game with plenty on offer. Sure, For Honor has seen many free updates and season go by but thanks to both an upgrade and expansion, things are about to heat up once again. Firstly, the Marching Fire content may come across confusing to some as it has been implemented in two parts, in the Marching Fire update and Marching Fire Expansion. The update itself comes at no cost, and adds a few neat perks including overall graphical updates and improvements, a revised gear and perks system and brand new mode named Breach. 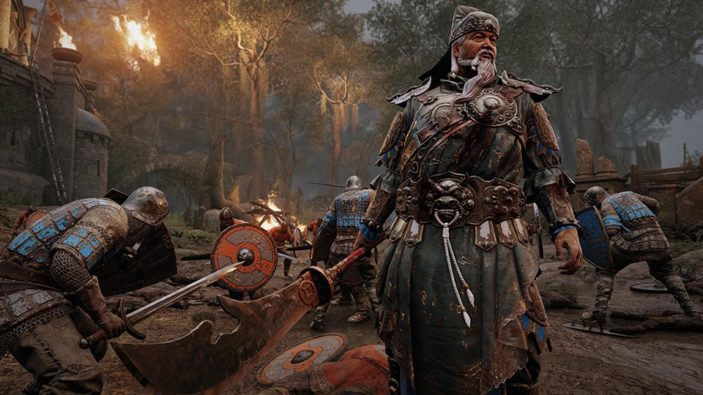 I haven’t been back to For Honor in quite a while, but it’s obvious from first glance that a facelift has been applied in a few areas. Wether it be an improvement in making colours pop or even touching up the lighting effects to some degree, I dare say For Honor looks better than it ever has. A nice change this time around is the perks/equipment system. Before each battle, it would be integral to pick items with the highest and biggest statistical advantages, meaning that even if you didn’t like the way a particular piece of armour looked, you were obliged to equip it as it would naturally give you the biggest advantage on the battlefield. Now, items function based on a perks system, meaning that items no longer work based on individual statistics, but more so when paired with overall perks which may give you offensive or defensive boosts. This means that players are now open to options when equipping gear, rather than playing a numbers game.

However, the biggest addition to the Marching Fire update is Breach, a brand new PvP based mode that prioritises objective based gameplay across the battlefield, and there is a ton going on here. Breach mode splits teams into attackers and defenders, where the attackers must breach the walls of a particular fort or castle with a battering ram, while the defenders must aim to destroy it. That’s not all however, as side missions of sorts litter each map, from small boss battles to arming castle walls with archers. Due to the large scale of these matches, battles feel much more dynamic than more straightforward modes such as brawl or even dominion. 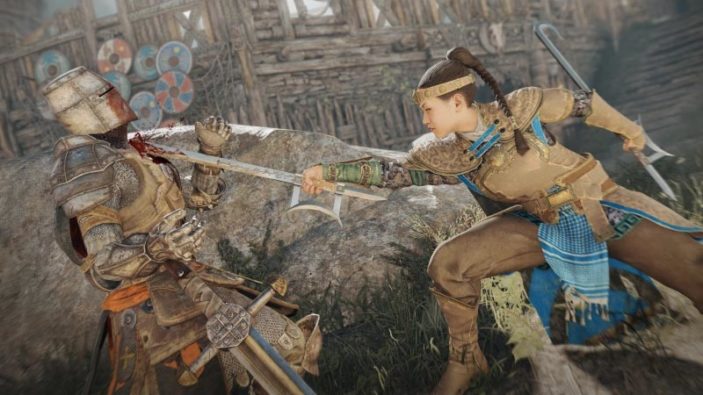 The Marching Fire expansion adds a fair chunk to an already beefy update in the form of the Wu Lin clan, offering up four more heroes. Tiandi acts as the single-sword wielding agile attacker, Jian Jun acts as the pole carrying heavy dealing out major blows in exchange for speed, Nuxia, the dual-wielding assassin who can duck in and out of an opponents range, and Shaolin, the staff wielding warrior that offers more of a balance between agile and heavy play styles. All of these characters offer their own unique flavour and move set, but play into the already existing stereotypes consisting of balanced, agile and heavy classes that exist within the knight, viking and samurai factions. It’s also an added bonus that as of 30 October, all heroes can be accessed via in-game currency for 15,000 steel.

Finally, Marching Fire’s expansion also offers up a new round-based PvE arcade mode which adds context to the overall Marching Fire story (of what little story there is) and allows you to sharpen your skills and earn some XP and currency in the process. While each mode offers random modifiers based on your skill level, I found this mode to be the least entertaining and a little forced, as if a single player mode needed to be wedged in to justify the value or relevance of the expansion itself. I found myself only diving in a couple times before jumping back into the Breach mode.

Overall, Marching Fire is the biggest and best thing to happen to For Honor since its release almost two years ago, which is impressive seeing as it too this long to bring what can be considered the beefiest addition to the title. While the four new heroes are fun and varied, they still play into the current classes the game offers, so you’ll find yourself adapting almost too quickly. The new PvE arcade mode also offers little to shake up the single player side of things. However, Breach is one of the best modes in the entire game, and definitely the most dynamic, making each battle feel truly vast and chaotic. To round it all off, the improved perks system sees players equipping based on matching perks rather than forcing players into a numbers game based on statistics. While For Honor may have lost its edge in the current multiplayer market, I don’t doubt that this is For Honor’s best DLC by a landslide.