Ok, first things first? Do you like going fast? I mean really, really, really fast? Well then F1 2018 may just be suited to you. The latest iteration of developer Codemasters’ premiere Formula 1 franchise may just be the best we’ve seen so far, thanks to some handy improvements presentation and controls, all while holding onto the core components which make this series such a worthy platform for the Motorsport. Put it quite simply, driving this fast has rarely felt this satisfying.

Now before we get into things, let it be known that I’m a Formula 1 fan. While I’m not a die hard fanatic, I can appreciate the work that goes into the sport and often marvel at the skill required to take those beasts around the track. If it doesn’t look like it, rest assured, it’s complex stuff. This is where F1 2018 finds its groove, as the complexities and adjustments required in order for the perfect lap really enhance and drive the franchise forward.  Firstly, the game looks marvellous, from the updates driver models and faces, to the pre and post race presentations, to the racing itself really makes you feel like you are a part of each event and rarely misses a beat. A ton of detail has gone into crafting such an authentic experience, and I couldn’t believe at times how much detail went into character models that spend half their time on screen with a helmet on.

F1 2018 once again offers up a career mode in which you can take a custom created driver through the ranks through each Grand Prix and become the world’s best. It’s not much deeper than that, nor does it need to be. This time around, players are thrown into a more personal journey thanks to the post race interviews which now have dialogue choices that will affect the outcome of a given faction. Talk up your crew, and boost their morale. Thank the fans and gain popularity. Or simply look out for numero uno and reap whatever rewards fall your way. While there isn’t too much room to wriggle in terms of dialogue choices, the addition of these choices add to both the presentation and authenticity of the experience all while forcing you to stop and think about what kind of driver you want to be. Thanking your crew for example allows your car to be upgraded more often and efficiently so, with progression proving to be varied yet accessible. The only down side of the career mode is that it expects some serious commitment from its players. With each Grand Prix requiring three practice races, a qualifying race and the actual main race itself, players can find themselves taking up to more than 90 minutes completing each Grand Prix. While each event can be skipped in order to get to each main race faster, this does little to no favours for your position come race day, as you will suffer at the back of the pack. It’s with everything else that F1 2018 delivers its feeling of authenticity, as the grind will most likely seperate the casual from the hardcore after just a few hours of playtime. 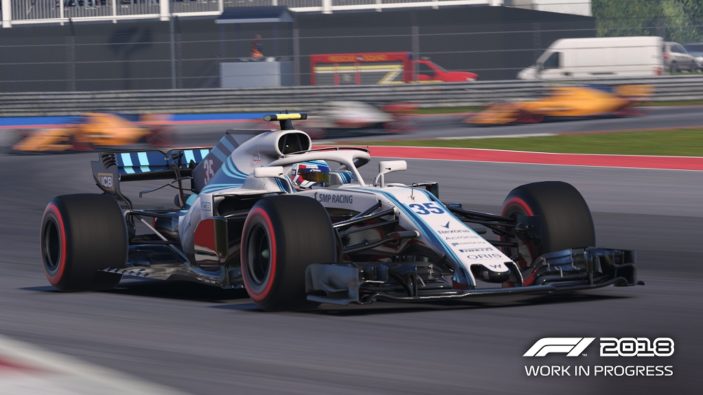 F1 2018 comes back around with many of the systems implemented in last year’s outing, such as the dense and diverse skill tree. But it’s the way these systems have been tweaked which really counts. As previously mentioned, the ability to talk up your crew helps this sense of progression, but you might be glad to know that overall progression is much fast this time around. What might have taken multiple seasons now takes a single season for improvements to your vehicle to be noticed, making said progression feel not only gratifying, but spaced out enough to still make you feel like you’ve worked enough to get where you are. It also helps the more casual fan get something a little sweeter without dedicating some serious hours to the cause.

Top all this off with some minor but important improvements to the handling and suspension systems, the act of driving feels remarkable and insanely addictive. Once you get into a rhythm it’s almost a therapeutic quality to hitting each corner with grace and style. It’s just enough of an update to feel noticeable, and with the addition of some classic machines, keeps things fresh, varied and most importantly fun for both the casual and hardcore gamer alike. While I found the default assist setting to be pretty reasonable, there’s much more to play around with and update during gameplay. If it’s not the controls that phase you, you’ll be glad to know your mid-race experience is equally customisable. While communicating with your crew is standard, menus can be brought up in order to book pit stops, enquire on fuel and damage, and even track tyre temperature on the fly. It’s great stuff, and really makes you feel like you are in complete control of the vehicle. Once again though, F1 2018 seems to favour the fans, as even though these menus are easy to use and navigate, you might not have a clue what anything means, or why it’s important, which is never really explained in detail. 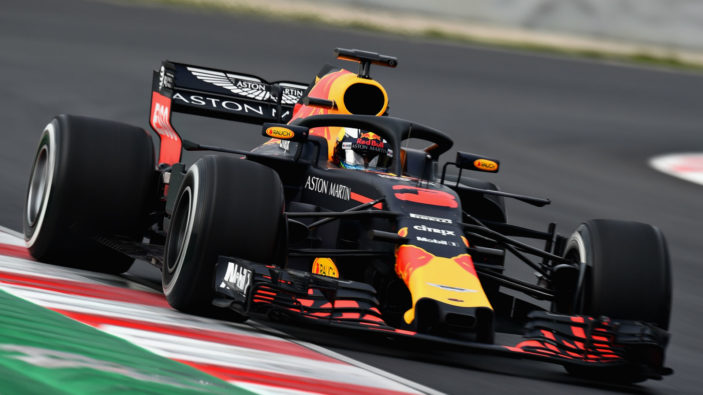 It’s this learning curve and grind which may deter the more casual players from sticking around, but for those willing to put in the time, there’s a fantastic racing sim to unpack here, and rightly so, considering developer Codemasters already had something good going for them, and seem to understand that adding to areas in minute yet noticeable ways all while rationing what is fun, diverse and addictive with the franchise is the key to its success. To have this all wrapped up some impressive visuals and authentic career adjustments such as post-race interviews push the franchise just enough to make it feel fresh, while never alienating its true fans. Because fast is fun. And so is F1 2018.