Games Review: Crackdown 3 is not the platform exclusive the Xbox One badly needs right now

I think we all knew, deep down, that Crackdown 3 was never going to be anything special. Years of delays don’t seem to have given developer Sumo Digital the space they needed to build on even the original game’s most basic concepts. It seems content to replicate the parts of the original that worked best without adding anything substantial or memorable to the formula. Perhaps this is a cheap shot, but if the single-player campaign is anything to go by, its hard to see what the developers spent all that time on.

Crackdown 3 begins with The Agency, the series’ peace-keeping para-military force, being decimated in a series of what become known as Blackout Attacks. Your Agent, horrifically scarred but one of only a few Agency survivors is slowly restored to full health in a Star Wars bacta tank before being returned to active duty.

You are dropped into the city of New Providence, home to the Terranova corporation responsible for the Blackout Attacks. The entire city has been divided up into boroughs controlled by brutal, superpowered crime bosses. Your job is to get amongst it, claw back as much territory from these bosses as you can, draw them into the open and take them down. Each boss you topple brings you one step closer to the head of Terranova and peace in New Prosperity.

Sound familiar? Of course it does, it’s the plot of every open world action title made from 2008 to 2014. 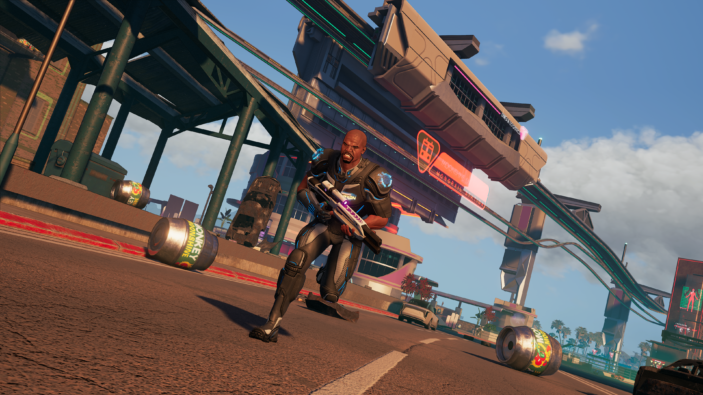 But what Crackdown 3 lacks in creativity, it tries to make up for in strong fundamentals. It brings back what has been, to date, the series’ best mechanical feature, the Skills for Kills system. Essentially, Crackdown 3 allows each player to build their character according to their personal strengths and tastes, awarding experience for actions taken. Prefer headshots and high mobility? Your Shooting and Agility scores will reflect that. Want to carve up the map with heavy weapons or get up close and personal with your fists? Explosives and Melee will be your go-to moves. Each skill has its own tiered unlock tree. The more you use each skill, the more you’ll level them up, the more unlocks you’ll earn. It’s great and I wish more open world action titles did things like this. Last year’s Red Dead Redemption 2 featured a similar system for various abilities, but beyond that, I can’t remember the last AAA title to take this tack. It might actually be Crackdown 2.

The mission structure is very by-the-numbers open world fare. You have around six or seven different mission archetypes to plow through, all of which become rather trivial as your Agent’s power level rises, and two or three side-quests in the form of agility and vehicle races. Then you have bafmodads like intel recordings, Agent DNA and hidden orbs to collect should you feel like going on an Achievement hunt. And … that’s really it. If you don’t mind the repetition, there is some fun to be had in blowing things up and some of the high level abilities do make a good impression, but the enjoyment is very shortlived. I kept wanting more from it, and it wasn’t there.

Visually, Crackdown 3 is a bit of a mixed bag. There are numerous player models as the game allows you to switch between different Agency clones for various XP buffs, and they all look quite nice. The world around you, less so. Crackdown 3 actually looks quite simple, the way you would perhaps expect a title that began development at the end of the Xbox 360 era to look. The architecture is fairly blocky, the lighting is flat and the textures aren’t terribly detailed. The benefit of these low-fi visuals is that it runs like a dream on the Xbox One X, an unerring 60fps in 4K. One quirk I noticed was that HDR support was turned off by default and can be turned on in the Options menu. Something to keep in mind if you have a 4K HDR TV. 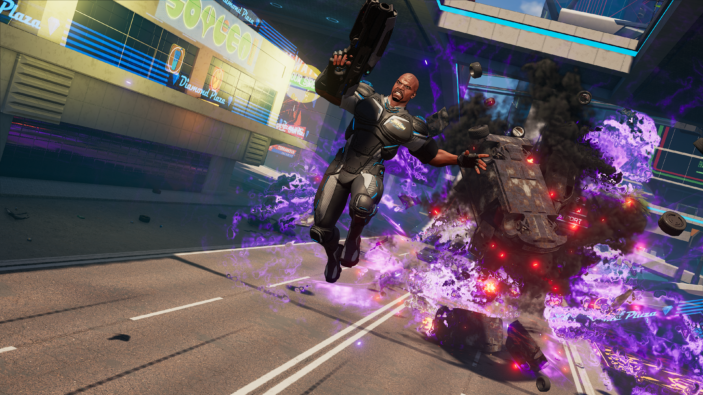 On the multiplayer side, Crackdown 3 features online-only co-operative play for its campaign and a PvP multiplayer called Wrecking Zone. Wrecking Zone is a separate application from the campaign. Splitting the game into its single and multiplayer components is something that happens all the time on PC, but is seen less often on consoles. The benefit to you is that you only have to download the one you actually want. For Australian users still struggling with broadband internet, you’ll be pleased to know the campaign app clocks in at a very agreeable 14GB. Wrecking Zone is far smaller, only 5.4GB, bringing the total download to just over 20GB.

Wrecking Zone offers two modes of play: Agent Hunter, a standard team deathmatch mode, and Territories, which is a five-point capture. Despite being the most par-for-the-course multiplayer modes imaginable, both are a lot of fun and require a surprising amount of teamwork to conquer — sticking together and focusing fire is key for both modes. That there’s only two modes available at launch is a bit of a setback, though multiplayer developer Elbow Rocket have made it clear that more will arrive after launch.

Multiplayer makes a few concessions for your Agent, giving them high tier mobility through jump jets and air-dashes, and their choice of weapon loadout. To make aiming a bit less frenetic, the game employs a snaplock aim on the left trigger that lets you keep enemies in your sights. The game signals when you’ve been targeted with a white line running between you and the person targeting you. When the line turns red, you’re being fired on.

One of Wrecking Zone’s most vaunted features is its fully destructible terrain. While blowing out walls is fun and certainly makes you feel less safe diving behind cover, I wish we got a clear look at just how much damage was done to level once we finished. It is called Wrecking Zone after all.

Crackdown 3 is not the system-selling platform exclusive the Xbox One desperately needs. The best thing you can say about its campaign is that it’s fine, an uncomplicated open-world action title that probably would have done well if it had launched five years ago. It has no new ideas, and the damaging effects of its overly long development cycle are as obvious as the stunt casting of global treasure Terry Crews. If video stores still existed, Crackdown 3 would be an ideal weekend rental. The modern equivalent of this, I suppose, is dropping $10 on Xbox Game Pass for a month and giving it a try.

Review conducted on Xbox One X with a pre-release retail code provided by the publisher.