Call of Cthulhu is not a game that belongs on the modern generation of consoles. It’s clunky, muddy and technically unpolished – yet, there’s something surprisingly cunning about it, because it uses its own murk to great effect. When textures cut in and out of focus or objects seem to disappear, it only adds to the growing paranoia and tension building in the world of the game.

Those familiar with HP Lovecraft’s works will know of the existentialist horror that permeates his works – a sense of unreality born of doubt and no small measure of tentacle monsters. Call of Cthulhu embodies his work wholly, existential dread and tentacle monsters in tow. The muddy graphics only adds to the growing sense of uncertainty that soon assails our daring protagonist.

Players take on the role of detective Edward Pierce as he investigates the supposed murder of painter Sarah Hawkins and her family. Being that this is a gothic horror game inspired by classic literature, the family died in a devastating fire that destroyed parts of their dilapidated mansion. This mansion sits on a house on the hill, and the villagers consider it sacred ground. 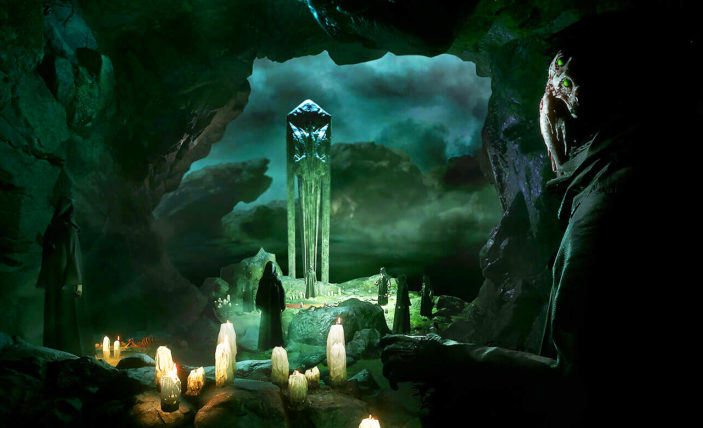 Call of Cthulhu hardly reinvents the horror genre, but it strays far enough from the common tropes to be relatively surprising. Despite being familiar with Lovecraft’s work, there was enough here to keep me hooked, and the central mystery behind the Hawkins family is genuinely intriguing. The moment eldritch shadow monsters erupted from a mysterious painting in the Hawkins gallery, my interest was piqued.

Pierce’s character is a relatively bland one, but he becomes much less so throughout the course of the game. Much like a tabletop game, players are able to dedicate skill points to buff out helpful stats. These are: occultism, spot hidden, strength, eloquence, investigation, psychology and medicine. Each stat builds out Pierce’s special skills, which can reveal more about the clues he finds. Related is Pierce’s sanity meter, which tracks how the cosmic horror he faces affects his mind. 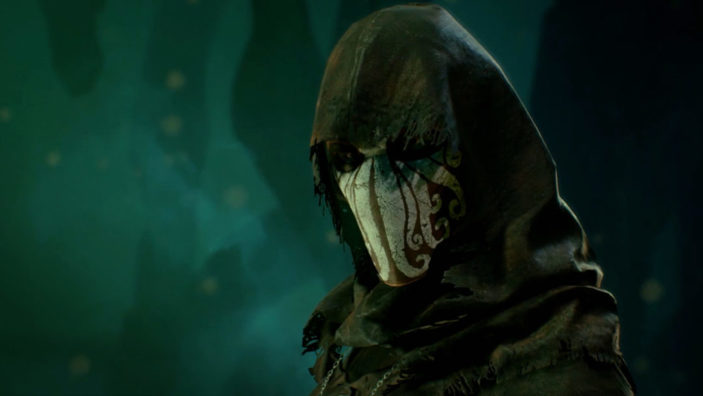 Gameplay is relatively straightforward, and finds itself somewhere between the ‘walking simulator’ and action genres with its minimal combat, dialogue heavy story. The focus here is on narrative, and with multiple options available for players, this story can play out in a range of intriguing ways. A Pierce who chooses to drink, for example, must deal with the consequences of this alcoholism later. Choices set your destiny, and affect the tone of the game.

All of these mechanics, story included, set up the game for greatness. Yet it’s hampered by its archaic graphics that feature dull and uninteresting faces and mostly bland environments. There are flashes of inspiration in the forms of the Hawkins family and the strange, faceless men that plague detective Pierce, but even they are soon lost under the murk.

The most you could say is that the NPCs in the game look like people – the bare minimum requirement for modern video game graphics. When looking at it from a technical aspect, the effort seems poor – textures frequently disappear and objects – particularly NPCs – are great at clipping right through walls. In one instant, I swear I saw an NPC clip, lightning fast, into a closed room they had no possible way to access. The moment terrified me for all the wrong reasons – ironic, given the nature of the game. 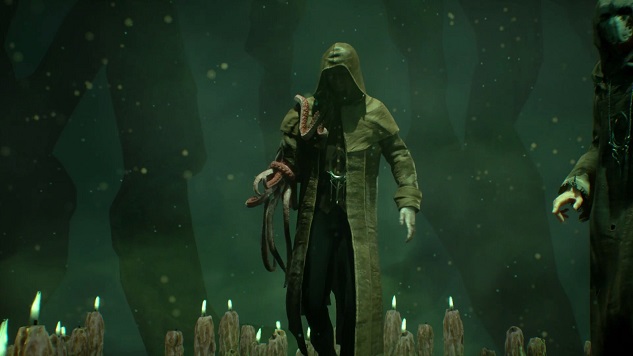 Even more ironic is that for all my scrutiny of Call of Cthulhu‘s graphical prowess, this element of the game often works in its favour. The dark atmosphere of the game is served well by its dank graphics, reflecting a world slowly descending into madness. The game does a great job of representing the mental state of its protagonist, emulating feelins of claustrophobia, paranoia, and most effectively – unreality.

One of the worst possible things a game can do is to break immersion – to remind gamers that the world they inhabit is unreal. Call of Cthulhu does this frequently, and seemingly unintentionally, but in doing so, reflects the unreality and unhinged nature of detective Pierce. To speculate on whether this was done with purpose would be an interesting conversation for another day, but what is clear is that Call of Cthulhu is masterful in building its atmosphere, and the uneasiness that exists within its world.

While the graphics are a boat anchor around this game that will likely turn many away, Call of Cthulhu is weird and intriguing enough to attract its own niche crowd. Your enjoyment will be solely determined by how much of yourself you invest in the game and take your time to get to know the characters. The game was largely unlike any I’ve played before, and it caught my attention long enough to make a unique and unshakeable impression.

This game was reviewed on the PlayStation 4 Pro with a retail code provided by the publisher.